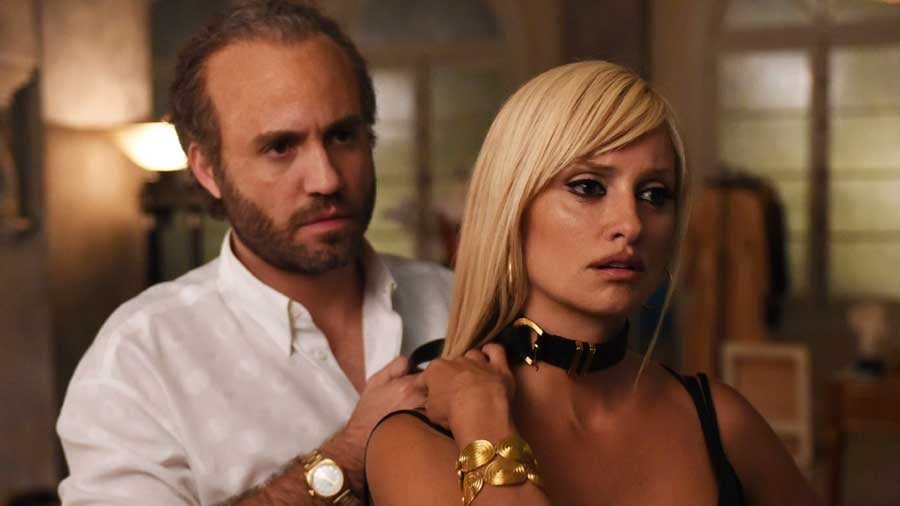 There have been a few areas in which American Crime Story's version of Gianni Versace's life have been a little different from what the Versace family maintains. Prior to the show's premiere, the family released a statement calling the show "a work of fiction" and Maureen Orth's book, Vulgar Favors, upon which the season is based, "full of gossip and speculation." One of the biggest points of contention is that the book says (and the show implies) that Versace was HIV-positive, something the family has always vehemently denied.

In Wednesday's episode, the show digs into what the Versace family has always said was the cause of the fashion designer's reclusivity and ill appearance in the mid-1990s: ear cancer.

In a 2006 interview with New York Magazine, Versace's sister Donatella said that her brother didn't want to be seen in public because his ear was so big due to the cancer.

"He was sick with cancer in his ear before he was murdered. The last two years of his life, Gianni was hiding — hiding up in his apartment in Via Gesù — because his ear was so big," said Donatella. "It was impossible to do a surgery because of the position, because to do a surgery, part of his face was supposed to drop. . . . But then it was declared cured six months before he was murdered. We celebrated; we drank Champagne and everything. Six months later, he was killed."

The show depicts the first signs of Versace's ear cancer as appearing as early as 1992, when he was in Milan; Versace is shown having trouble hearing people speaking to him, and then later he leaves Italy to rest in Miami. Orth's book mentions the ear cancer, saying the news was not well-known until 1994-1995; she also has Miami police's lead investigator on the case, Paul Scrimshaw, on record as saying that Versace's autopsy revealed the designer was HIV-positive.

Related:
The Horrific Events That Unfolded After Gianni Versace's Murder

So it's unclear what, exactly, plagued Versace in the years leading up to his death. The way it has been presented in the media before American Crime Story is that he was either HIV-positive or had ear cancer; one side says it was one, and the other side says it was the other. The show has chosen to include both illnesses for some reason. While Versace certainly could have beaten cancer and also been HIV-positive, the public will never really know the truth. What we do know is that neither illness killed him, which is why it's so poignant to include an illness, no matter what it is — Versace bounced back from some illness, only to be cut down by spree-killer Andrew Cunanan just months later.