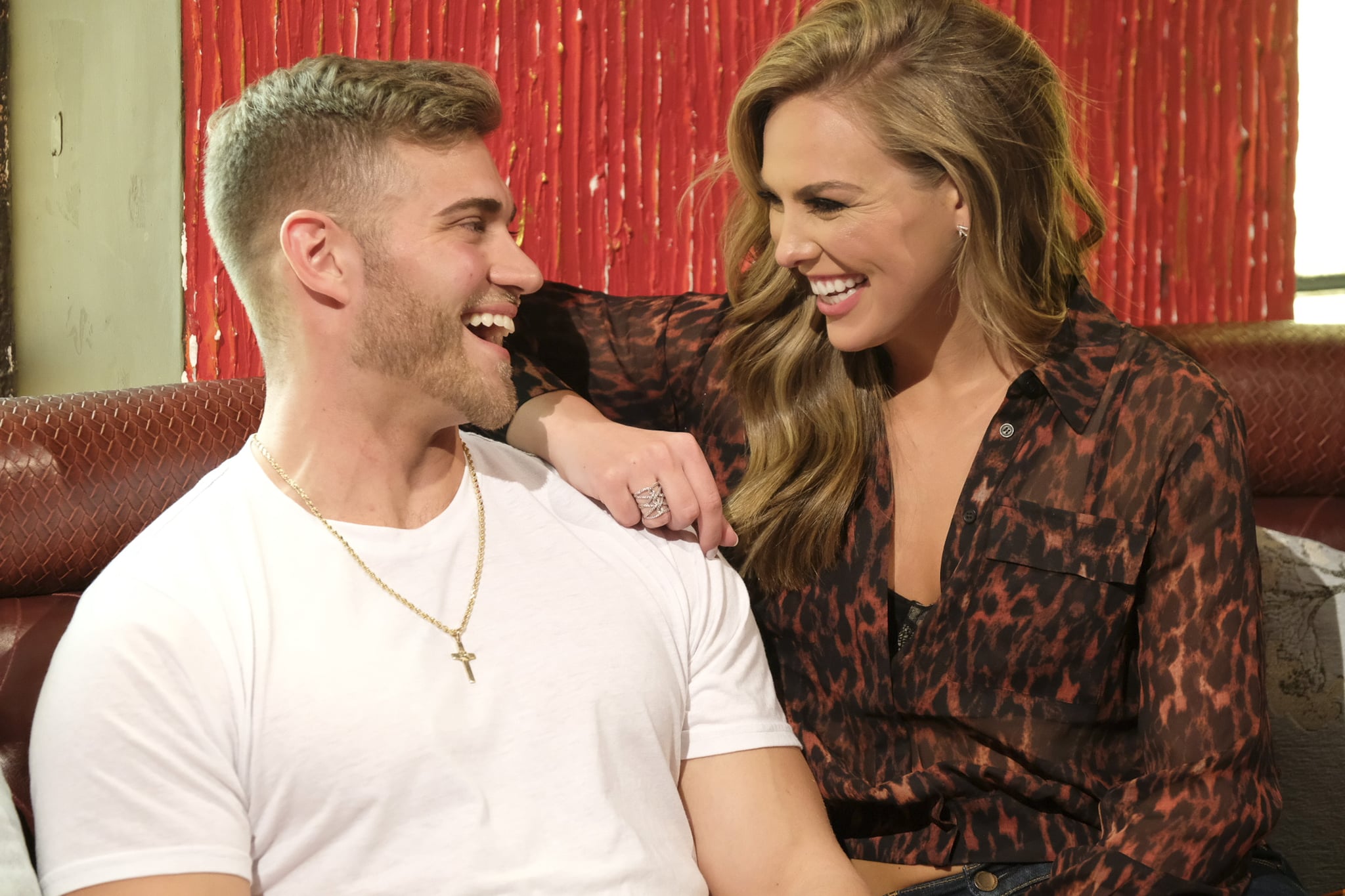 When it comes to Luke P.'s relationship with Hannah, it was practically love at first sight. During The Bachelorette on Monday night, the 24-year-old Georgia native put his heart on the line during the first group date. While competing in the "Mr. Right" pageant with the rest of the men, Luke used his talent portion of the competition to tell Hannah . . . he's genuinely falling in love with her. Yep, we're in week two of the competition and Luke P. has only known Hannah for 48 hours, but he's already falling in love.

While everyone was shocked about his revelation (including Hannah), it clearly worked in his favor as he was eventually crowned "Mr. Right." Shortly after the pageant, Hannah took a moment to sort things out as Luke pulled her aside for some one-on-one time. As she questioned if what he said was true, adding that "words are so important" to her, he confessed that what he is feeling is definitely real. In fact, he said that he started developing feelings for her before they even met. Wait, what?

Even though Hannah seemed pretty convinced (they shared a steamy kiss afterward), the rest of the contestants were a little more skeptical. As Luke headed back to the group, the men questioned his motives. As one of the guys pointed out, he's only spent two hours with her during the date.

Things got even more heated during the rose ceremony. After Luke offered to give Hannah a massage during their one-on-one time (yes, really), their playful massage quickly turned into a steamy makeout session. And that's when things got awkward! As Luke proceeded to take off his shirt, Jed walked into the room. Although Hannah was clearly embarrassed about the situation, Jed handled the whole thing surprisingly well (as well as someone who just walked in on two people making out can).

It shouldn't come as a surprise that Luke got a rose during the ceremony, but what happened afterward was pretty surprising. After everyone else went back to their rooms, Luke interrupted Hannah's confessional video for even more one-on-one time. As she questioned his motives yet again, he let her know that he is being "100 percent real" with her and that "everything is magic" when he's with her. Hmm.

Where will Luke P. and Hannah's relationship go from here? We guess only time will tell.