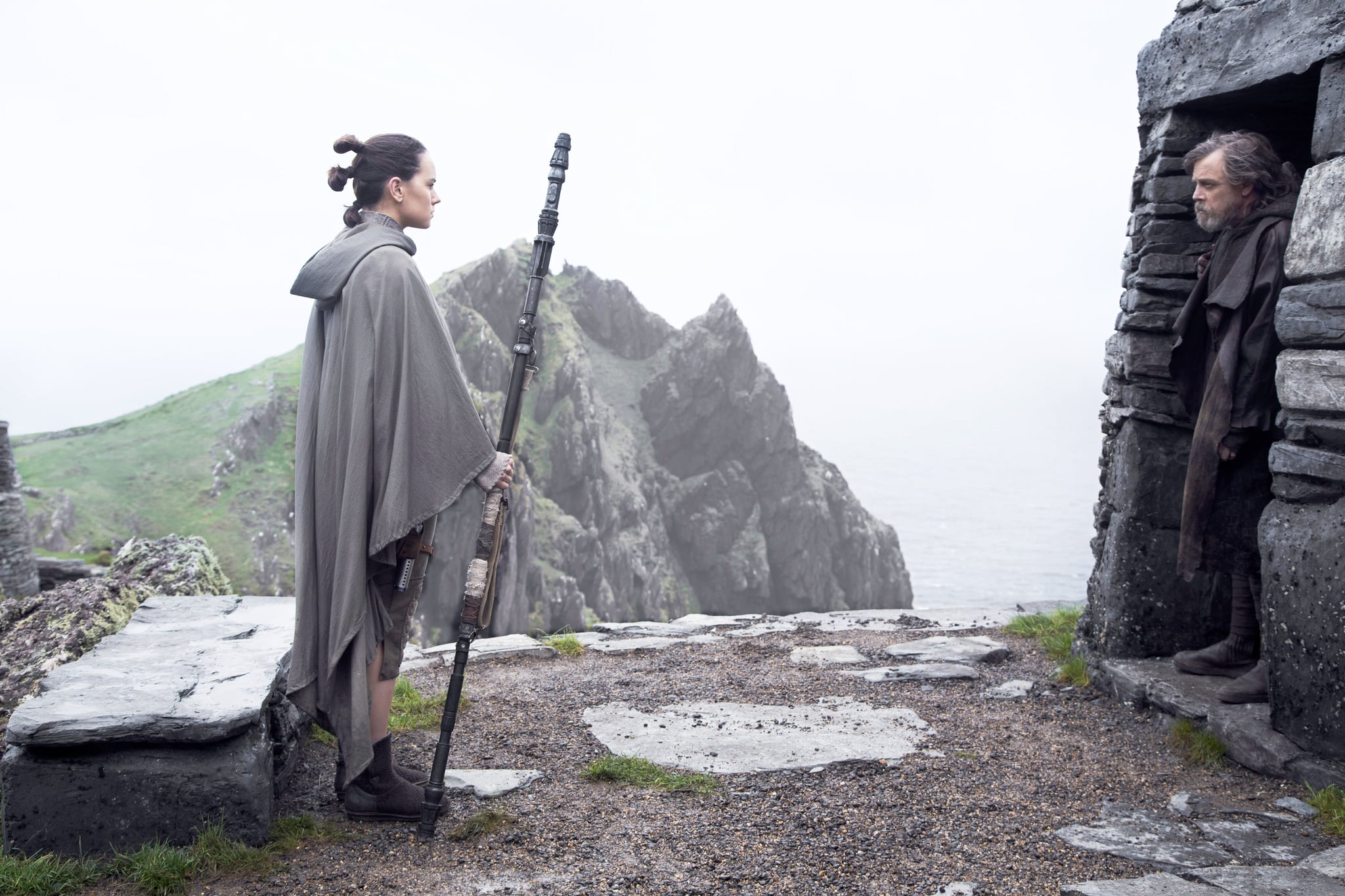 The following contains spoilers for Star Wars: The Last Jedi.

While I was watching Star Wars: The Last Jedi in a packed theater on opening day, there was one moment that caused the stranger next to me to utter, "Oh, sh*t." It wasn't any character's death or even Kylo Ren's gratuitous shirtless scene that earned the vocal reaction — rather, it was the moment when Master Yoda ignites the first Jedi Temple on the island planet of Ahch-To, sending the history of the religion (and presumably its ancient, sacred texts) up in flames while leaning back and giggling at his own cleverness.

The Jedi texts, which contain the founding tenets of the entire religion, are a powerful piece of the light side, offering guidance for training in and adhering to the moral code of the Jedi. While Luke grapples with their worth, even considering burning them with the temple, we see their power through Rey; while she is on the island with Luke, the temple (and the ancient texts within) call to Rey, pulling her to them in a magnetic fashion.

Ultimately, Luke doesn't want to burn the texts, shouting at Yoda when the wizened Jedi master sets the temple on fire. But Yoda comforts his former pupil, telling him that Rey has everything she needs to know . . . little does Luke know, Yoda means it literally. In a split-second moment at the film's end, while Finn is rifling around in a locker drawer in the Millennium Falcon, we see that Rey has taken the Force texts from the island. The ancient books are safe in her possession, not burned in the temple as Luke believes — which means that the Jedi Order will not die with him.

This reveal is made shortly after Luke tells Kylo Ren that he is not the last Jedi and there will be more to come after he is gone. Luke believes in Rey, and in the power of the light side of the Force, to prevail. Despite the fact that they're a boring read, Rey possessing the texts will presumably help her make wise choices, even without a Jedi master there to train her — though we're sure that Luke will make appearances from the other side.

Channing Tatum
If Anyone Could Rescue the Bodyguard Remake For Us, It Would Be Lizzo and Chris Evans
by Kelsey Garcia 11 hours ago