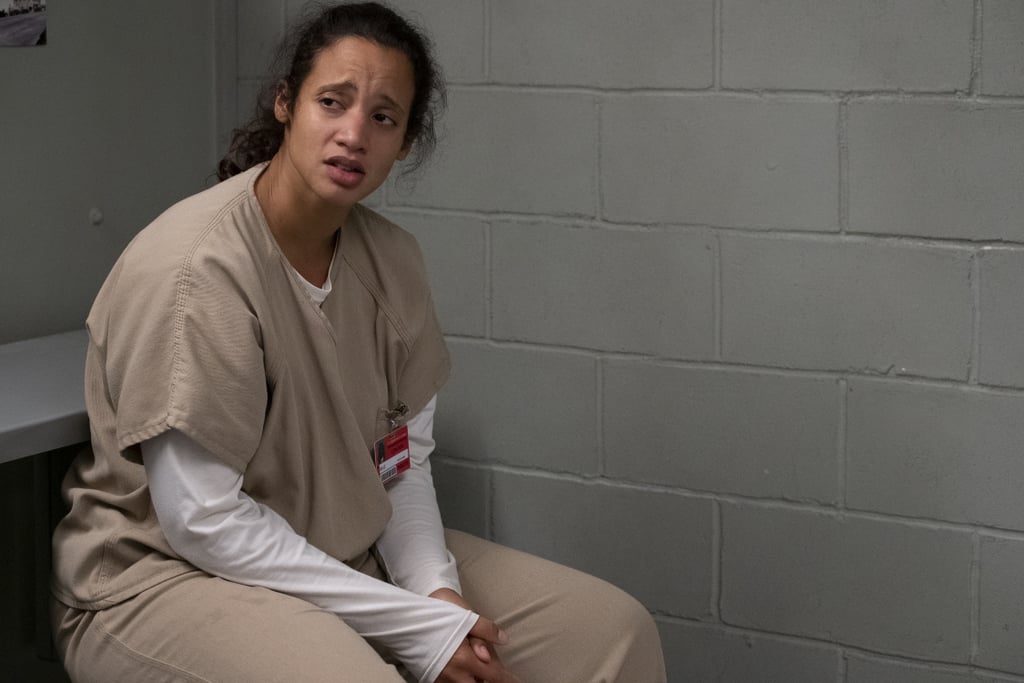 Dayanara Diaz is no longer the person we knew in season one of Orange Is the New Black. In the seventh and final season of the beloved Netflix series, Dascha Polanco's character, Daya, faces a life sentence and the complete loss of hope that comes with it. In Daya's eyes, she has nothing to lose, yet she's still risking it all at the expense of other inmates. In the first episode of the last season, "Beginning of the End," we see Daya spike Daddy's (Vicci Martinez) hooch with drugs to "teach her a lesson" about cheating but ends up killing her girlfriend. It's that ruthless attitude that carries her through the entire season.

The season may start with Daya in control of the prison drug business, but it ends with her mother, Aleida Diaz (Elizabeth Rodriguez), physically in control of her. But let's take it back a few episodes when Aleida is a free woman, using C.O. Hopper to bring drugs into the prison for Daya to sell. As a longtime fan of the show, it's sad to see Daya spiral down this path, and for Polanco, she said, "That's what happens when you have no hope." In an interview with The Hollywood Reporter, Polanco opened up about her character's journey and how the vicious cycle of Daya's relationship with her mother and the criminal justice system ultimately led to that final cliffhanger.

When Aleida is arrested again in season seven, she greets her daughter in prison and can barely recognize her. Daya is strung out, hopeless, and on a power trip that only her mother can (attempt) to snap her out of. Aleida's boyfriend tells her that Daya has a new connection helping her bring drugs into the prison and that it's Aleida's younger daughter, Eva. Aleida is infuriated and asks Daya why she's changed so much. She tells her mother she doesn't know what it's like to kill someone, and Aleida attacks Daya. "Maybe I'll know what it's like now," Aleida says as she punches her daughter in the throat and knocks her out. 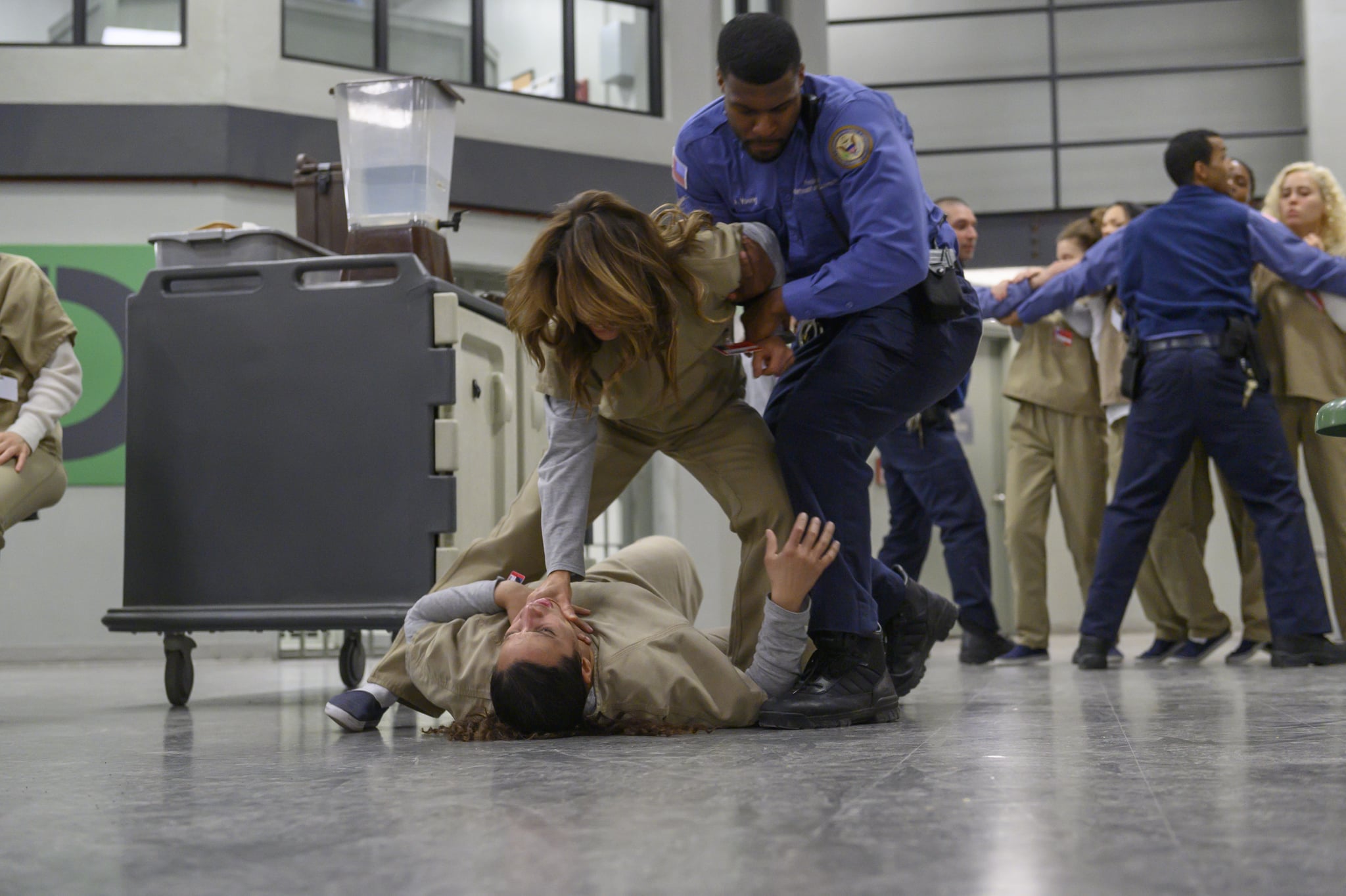 "They made it very clear to me that I don't die."

We don't see if Aleida kills Daya or not, but Polanco offered some closure on that moment. "They made it very clear to me that I don't die," she told THR. "I thought that she did. But the writers told me, 'She doesn't die, but she gets knocked out really well.' And I realized it was going to be left as that question." Despite the intense scene being left completely open, Polanco has a lot to say about what her character's been through.

"Oh, Daya. I'm going to miss her. I wanted her to have a moment of closure with Bennett. I wanted her to inquire about her daughter. I wanted more of Pornstache. Though we do see him [at the end] with Daya's baby, I wanted to see Daya actually inquire about her daughter. I would have loved to see that interaction. Her curiosity as a mother, her artistry — that all became obsolete. That's what happens when you have no hope," she explained. "Daya is really a diamond in the rough. Although she's not [finished], she learned how to love and how to fail and how to succeed to the best of her circumstances, and I respect her for that. I know that she'll come back stronger than she ever thought she would."

Daya's and Aleida's stories may be on television, but the vicious cycle of the system is a reality for many. "[Daya's] story is the product of a cycle that we, as a community, need to intervene in. If we really had a true justice system where it's set up for incarcerated individuals to succeed, we would see less of this type of evolution," Polanco said. "There are a lot of things to address in there to help an individual evolve, educate themselves and get the support they need in order to not fall into this again."

As for Daya, we can only hope she turns her life around the same way Taystee eventually does after coming to terms with her life sentence. Check out what fans are saying about that final scene between Daya and Aleida ahead, and see if you remember why all your favorite inmates are in prison.

Related:
Here's How and Where All of Your Favorite Orange Is the New Black Characters End Up
Previous Next Start Slideshow
Orange Is The New BlackNetflixTVCelebrity InterviewsDascha Polanco

Movies
Zawe Ashton on Bringing Her "Quirky" Love Story to Life in "Mr. Malcolm's List"
by Victoria Edel 35 minutes ago