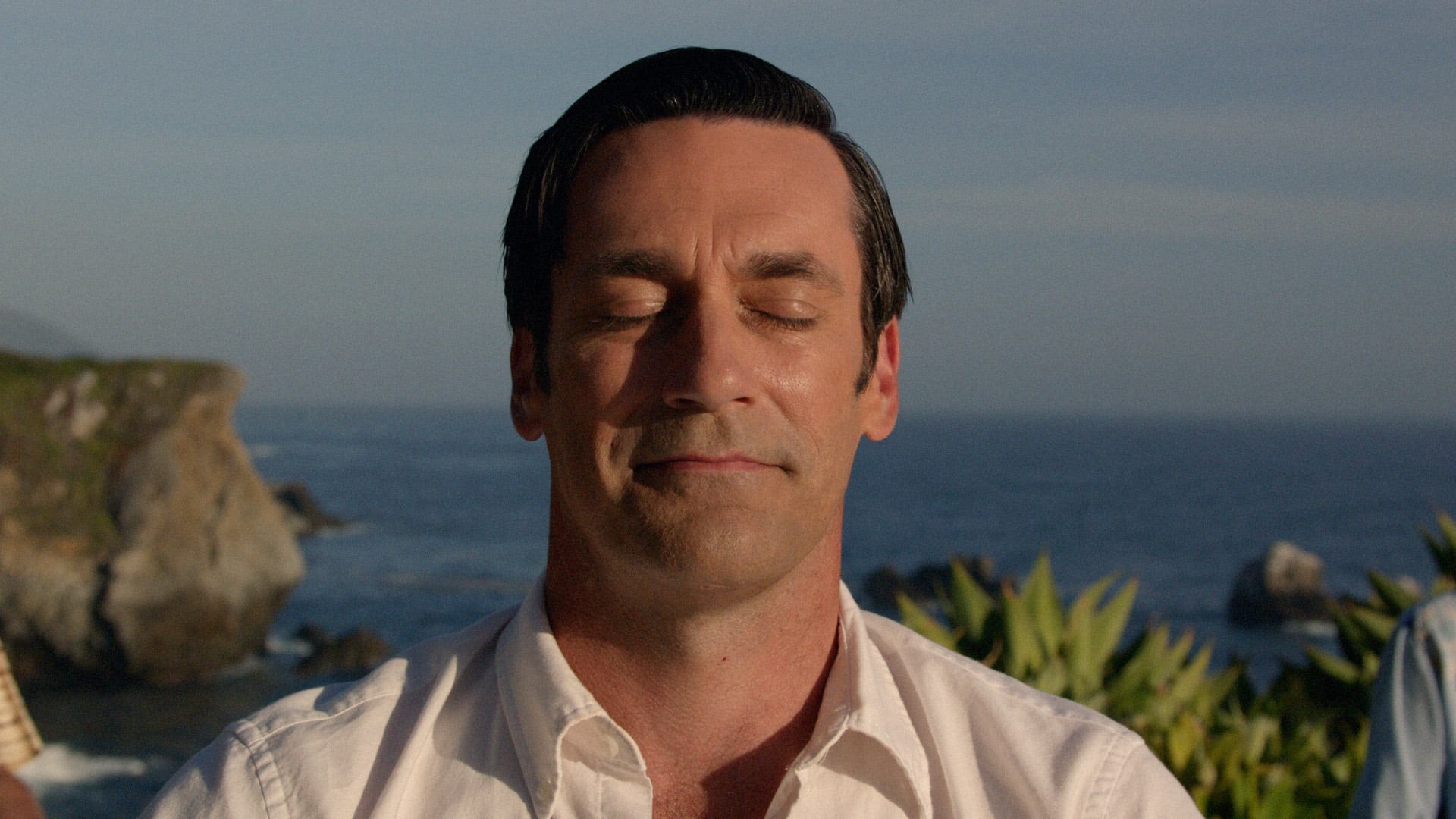 A good Mad Men episode always makes you think, and Sunday night's finale was no exception. The show's last episode ended with Don Draper meditating on a hill, then fades into Coca-Cola famous 1971 "Hilltop" commercial. We've speculated about what that might mean; did Don create the Coke ad or not? Now the creative genius behind the show, Matthew Weiner, has (sort of) confirmed his intention during a Q&A with novelist A.M. Homes in New York on Wednesday. Here are some of the most enlightening tidbits from the discussion.

He's Still Being Cagey About What the Coke Ad Means

"I have never been clear, and I have always been able to live with ambiguities. In the abstract, I did think, why not end this show with the greatest commercial ever made? In terms of what it means to people and everything, I am not ambiguity for ambiguity's sake. But it was nice to have your cake and eat it too, in terms of what is advertising, who is Don and what is that thing?"

He's Disappointed That People Are So Cynical About the Commercial

"I did hear rumblings of people talking about the ad being corny. It's a little bit disturbing to me, that cynicism. I'm not saying advertising's not corny, but I'm saying that the people who find that ad corny, they're probably experiencing a lot of life that way, and they're missing out on something. Five years before that, black people and white people couldn't even be in an ad together! And the idea that someone in an enlightened state might have created something that's very pure — yeah, there's soda in there with a good feeling, but that ad to me is the best ad ever made, and it comes from a very good place."

"I hope the audience would feel either that he was embracing a part of himself, or maybe them, and that they were heard. I don't want to put it into words more than that."

OK, so he wasn't as cut-and-dried about what happens after Don finds inner peace on the hilltop. On the other hand, Jon Hamm was pretty clear in an interview with The New York Times: "My take is that, the next day, he wakes up in this beautiful place, and has this serene moment of understanding, and realizes who he is. And who he is, is an advertising man." Let's go with his interpretation.