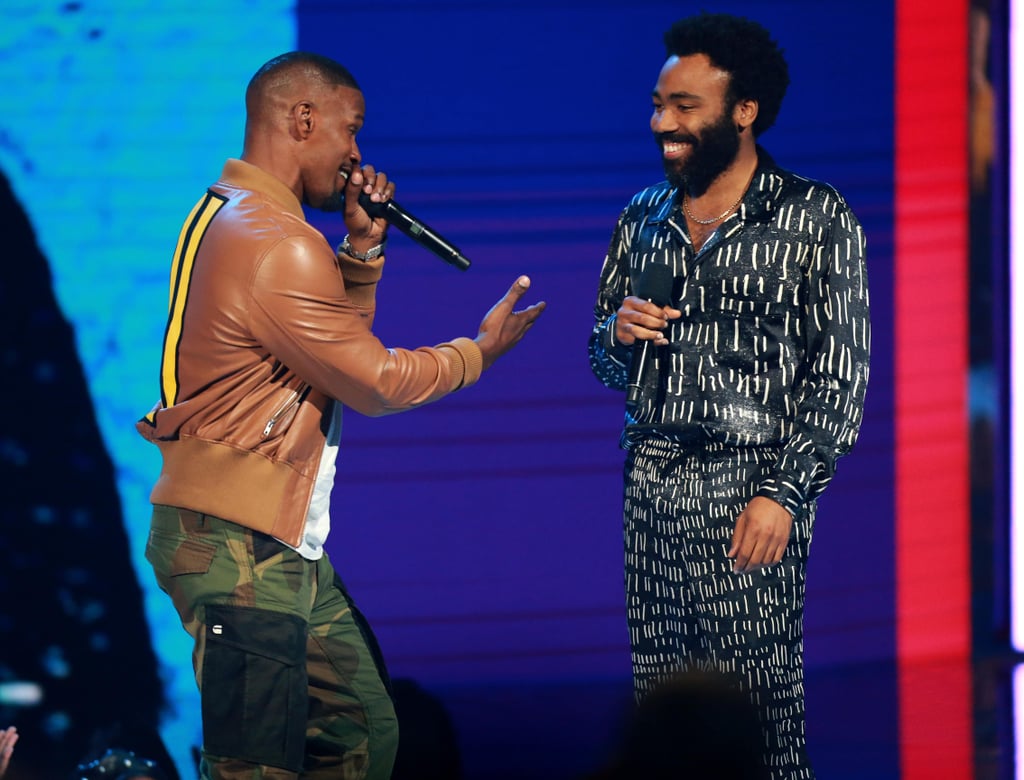 BET Awards: Donald Glover Joins Jamie Foxx For a Surprise Performance of "This Is America"

At this point, we should all be used to semiawkward award show moments. We survived the 2017 Oscars, didn't we? Well, luckily the BET awards were mostly free of any cringeworthy moments and instead featured some seriously sexy performances. However, there were a few interactions between host Jamie Foxx and nominee Donald Glover that had Twitter ablaze. After cracking a few jokes at Glover's expense ("They say he's a young me, but I say he's better looking"), Foxx decided to strike a more serious note as he began an off-script speech about the importance of Glover's hit song, "This Is America."

"That song should not be joked about," the Robin Hood actor told the crowd. "This young man, Childish Gambino, Donald Glover — singer, songwriter, philanthropist, movie star, overall badass . . . A true artist. I wanna acknowledge you." Foxx proceeded to bring a very surprised Glover up on stage, and after sharing a few words, they performed a few verses of "This Is America" for the BET awards audience.

Naturally people watching had plenty to say about the moment, so check out the performance and Twitter's reaction to it all ahead.

Saturday Night Live
Bowen Yang Is, Once Again, the Highlight of SNL as He Embodies the Titanic-Sinking Iceberg
by Karenna Meredith 7 hours ago