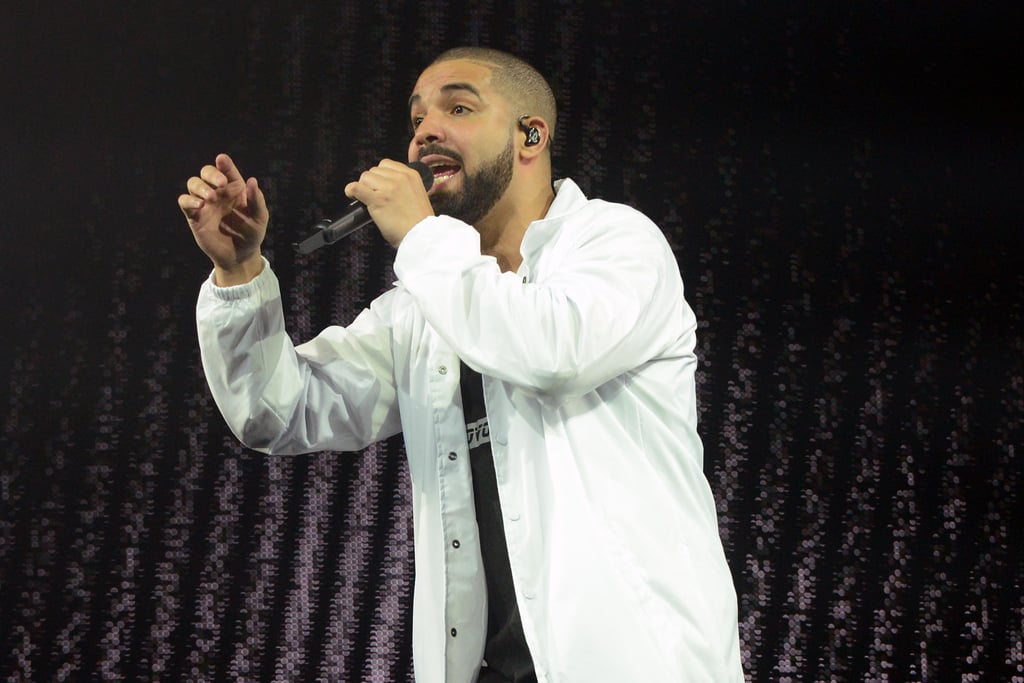 Well, ladies and gentlemen, it's been confirmed that Drake is indeed a Champagne Papi. In his new album, Scorpion, the rapper uses his poetic lyrics to address the circulating rumors that he is a father to son, Adonis. The question of his paternity inundated headlines after Pusha T released a diss track about Drake "hiding his son," and being a "deadbeat" dad, but Drake faces the truth head-on on his new album.

The real question is whether Drake was planning on confirming the news before Pusha released the diss track, or if these four songs were late additions to his album. Regardless, read on to see the juiciest and most emotional lyrics about Drake's son and his new role as a father on Scorpion.

Related:
31 Sexy Snaps of Drake That Will Leave You Feeling Charged Up
Previous Next Start Slideshow
DrakeMusicLyrics