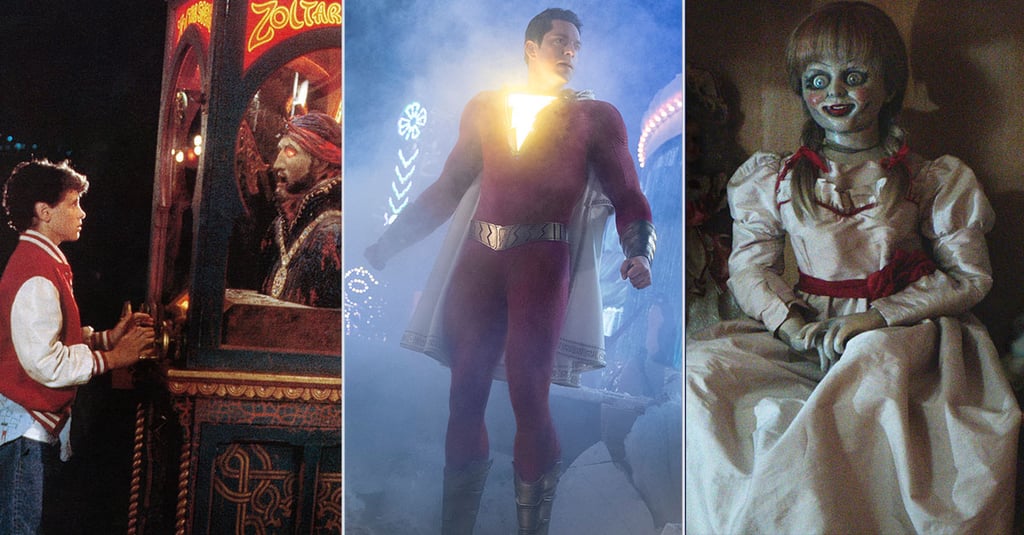 18 Amazing, Well-Hidden Easter Eggs and DC References You Might Have Missed in Shazam!

If there's anything we love in a big superhero film, it's all the sly winks and nods to other films in the franchise (or otherwise) that the cast and crew hide for fans to catch. DC's latest superhero outing, Shazam!, is no different.

The film follows the adventures of Billy Batson (Asher Angel), a mischievous foster kid who is granted powers by the wizard Shazam. Every time he says the wizard's name ("Shazam!"), Billy is transformed into the best version of himself — a tall, muscular, superhero played by Zachary Levi who can shoot lightning bolts from his hands and fly (though that takes some getting used to). He and his superhero-obsessed foster brother Freddy (Jack Dylan Grazer) use Billy's alter-ego to cause pranks, get out of school early, and get up to other mischief. Of course, things can't stay perfect for long, and the big bad — wealthy scientist Dr. Thaddeus Sivana, played by actor Mark Strong — comes through to claim Billy's powers for himself.

Shazam's lighthearted approach is a refreshing break from the bleak, gritty stories found in Batman v Superman and Man of Steel, though the film is filled to the brim with references to the DCEU films that came before it. It also pays homage to some classic films also set in Philadelphia, as well as a ton of references to the character's comic-book mythology. Keep reading for some of the biggest and sweetest Easter eggs in Shazam!.