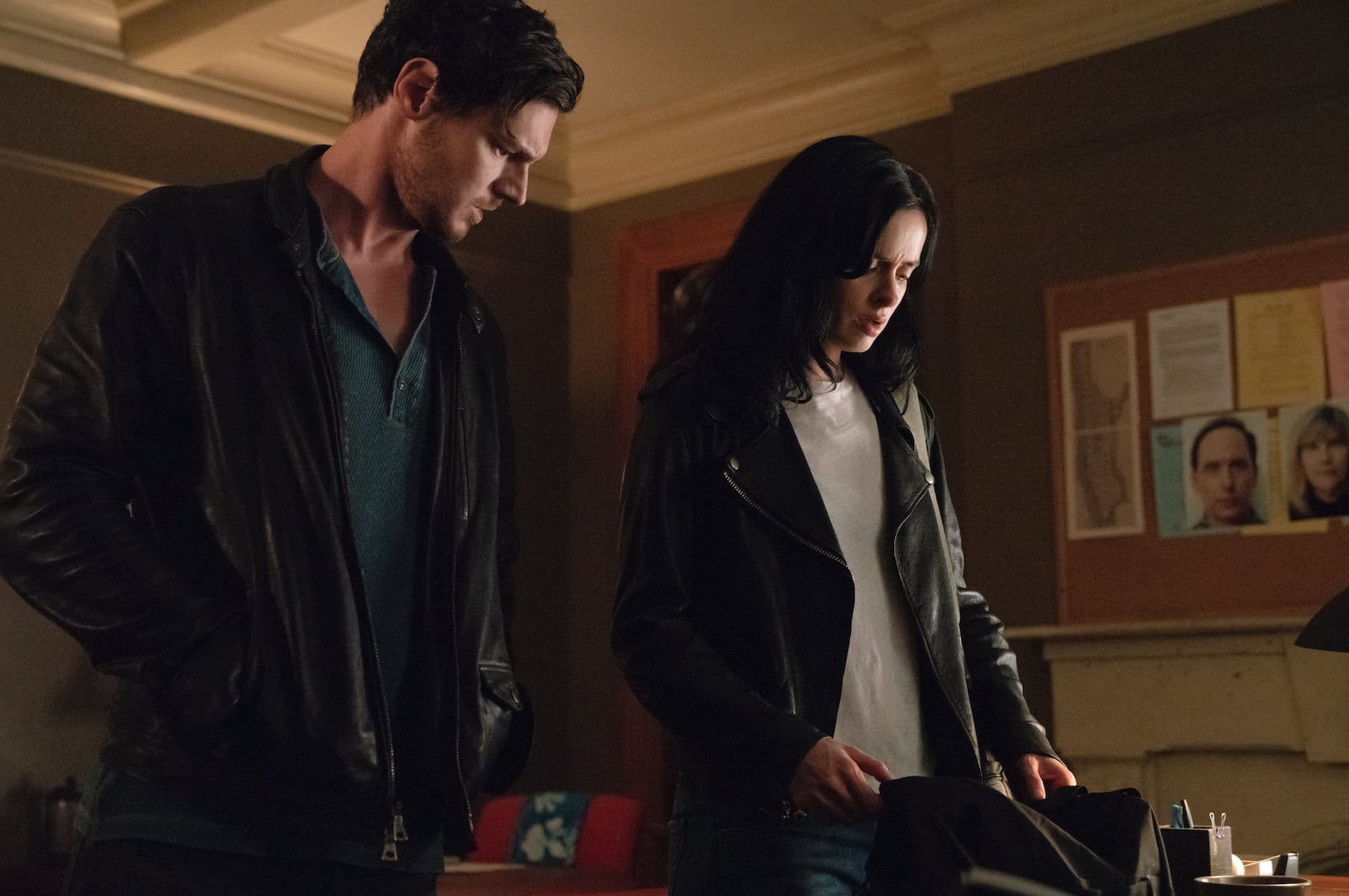 A few spoilers for Jessica Jones season three below, FYI!

So often while watching Jessica Jones, I find myself wondering if the writers will ever let the titular heroine catch a break, especially where her love life is concerned. Now, does Jessica need a man to complete her? Hell no. But it would be nice to see her in a healthy, stable relationship for once. (Though that can be said for pretty much all the relationships in her life, romantic or otherwise.) Fortunately, a potentially promising dude, Erik, struts into her life in season three, but his comic-book history has me a little nervous for my favorite ass-kicking private investigator.

The character, played by Abraham Lincoln: Vampire Hunter's Benjamin Walker, sits down next to Jessica in her neighborhood bar and convinces her that the burger, nay, turd, she's eating is unacceptable and that he'll cook her a new one. They go home together, but before the sparks can officially start flying, a masked man knocks on the door of Alias Investigations and takes Jessica by surprise by stabbing her in the stomach. It's a deep, near-fatal wound that leaves her without a spleen, so she doesn't end up reconnecting with Erik until a few episodes later.

Related:
Jessica Jones: What You Should Know About Terrifying Season 3 Villain Gregory Salinger

Once she does, she realizes that the man who stabbed her wasn't after her at all — he was there to kill Erik. Erik then fills her in on the fact he's also "super" — he can sense if someone has done evil things just by being near them, which he uses to blackmail them out of thousands. One such man is Gregory Salinger (Russian Doll's Jeremy Bobb), who Erik could tell had killed people following a chance interaction, so he tried to force him to fork over a giant bag of money. So Greg is the one who stabs Jessica in episode one, but he also ends up being the Big Bad for the rest of season three.

Despite Greg being the main villain, I have to admit that the comic-book history of Erik's character also made me a bit nervous as to how he'd factor into Jessica's life. In print, he's more commonly known as Mind-Wave, but he's not as charming as his onscreen counterpart is. Instead, he's a villain who uses ESP to mess with those who don't have telepathic gifts, and he drives an armored vehicle called the Think Tank that specializes in robbing banks. Although he doesn't really cross paths with Jessica in the comics, he does end up as a foe for both the Punisher and Daredevil. 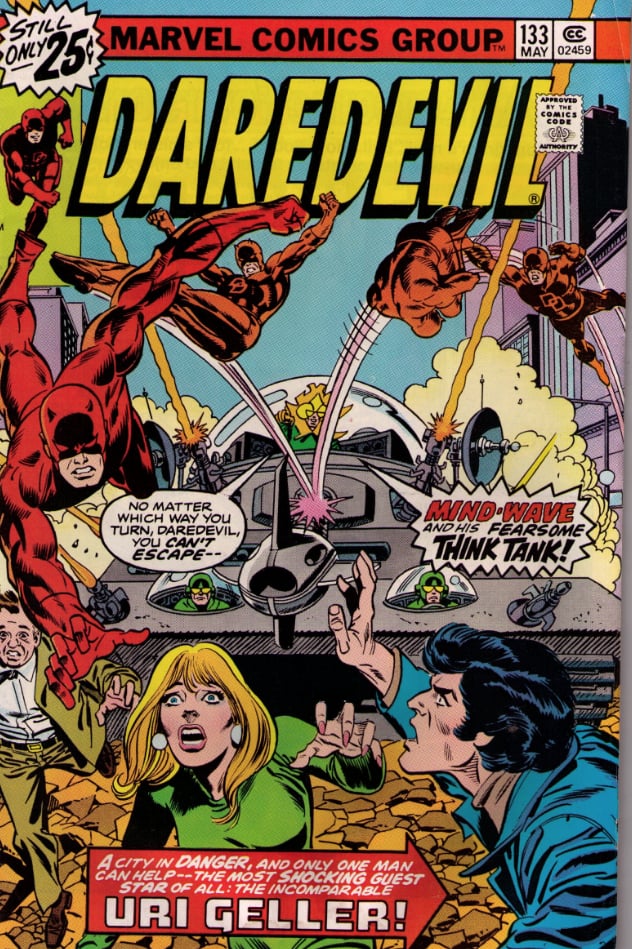 Granted, Erik isn't an angel on the show — he uses gambling, alcohol, and casual sex to dull the near-nonstop headaches that are an unfortunate side effect of his evil-sensing power (just touching Greg causes him to scream out in pain and cry blood). But he's not a villain, either. It seems Marvel took the psychological "gifts" comic-book Erik possessed and twisted them to fit this new iteration of the character, rather than making him a maniacal bank robber.

So is he a good match for Jessica? Do they ride off into the Hell's Kitchen sunset together at the end of the third and final season of the Netflix series? Or does she discard him like a lackluster cheeseburger? Now that it's streaming, you'll just have to watch and find out for yourself.

by Princess Gabbara 3 minutes ago