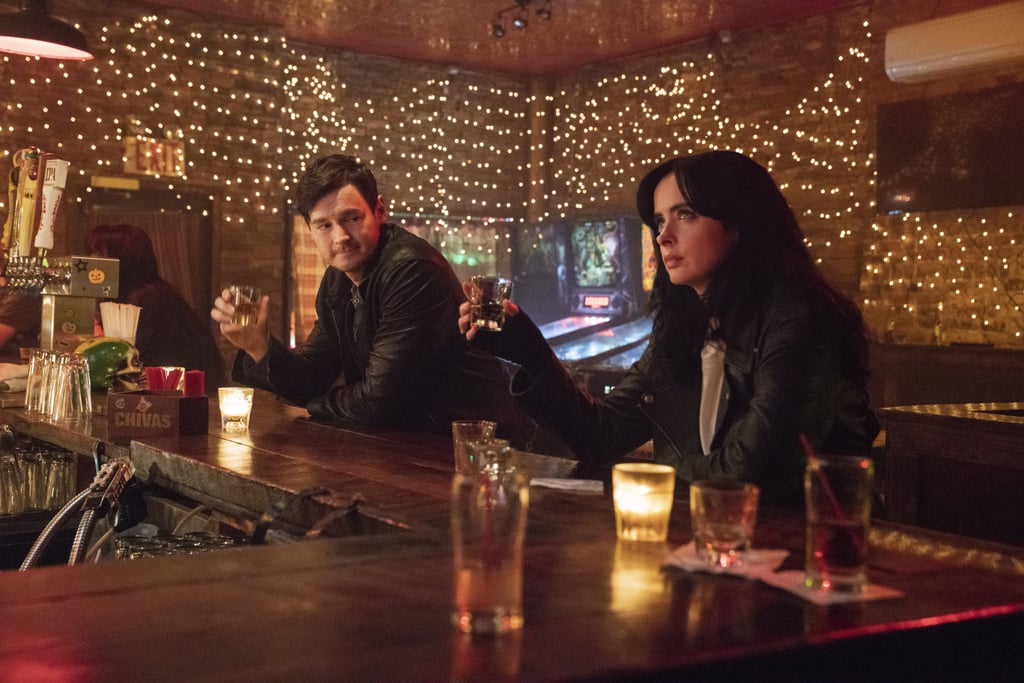 Just in time for Jessica Jones to go off the air, the series has introduced a hunky new love interest for its ass-kicking heroine. Because, of course.

The show has returned for a third and final outing, which sees Jessica facing off against a truly terrifying serial killer who manages to stab her in the abdomen within the first episode. Not exactly the type of guy you want handling your kitchen knifes, you know? Erik, on the other hand, is totally ready and willing to use those knives to make you the best burger you've ever had . . . and potentially also blackmail you for thousands of dollars. It's really a toss-up with him. However, since Jessica isn't pure, straight-up evil, Erik is able to put his evil-sensing superpower to rest, and the pair make a surprisingly good couple (not as hot as Jessica and Luke Cage or as healthy as Jessica and Oscar, but we'll take it).

Erik isn't a new character in the Marvel universe, either; he actually exists in the comics. In print, he's more commonly known as Mind-Wave, but he's not as charming as his onscreen counterpart is. Instead, he's a villain who uses ESP to mess with those who don't have telepathic gifts, and he drives an armored vehicle called the Think Tank that specializes in robbing banks. Although he doesn't really cross paths with Jessica Jones in the comics, he does end up as a foe for both the Punisher and Daredevil.

So, who's the actor responsible for giving you a new Marvel crush? Benjamin Walker, 36, who is perhaps best known for playing the title role in the 2012 film Abraham Lincoln: Vampire Hunter. If you went to see the American Psycho adaptation on Broadway in 2016, you might also have caught him playing Patrick Bateman. If neither of those titles are ringing a bell, though, never fear — ahead you'll see all the other exciting roles he's brought to life over the years.

Related:
Who Stabs Jessica Jones in Season 3? It's an Enemy She Never Saw Coming
Previous Next Start Slideshow
NetflixTVJessica Jones