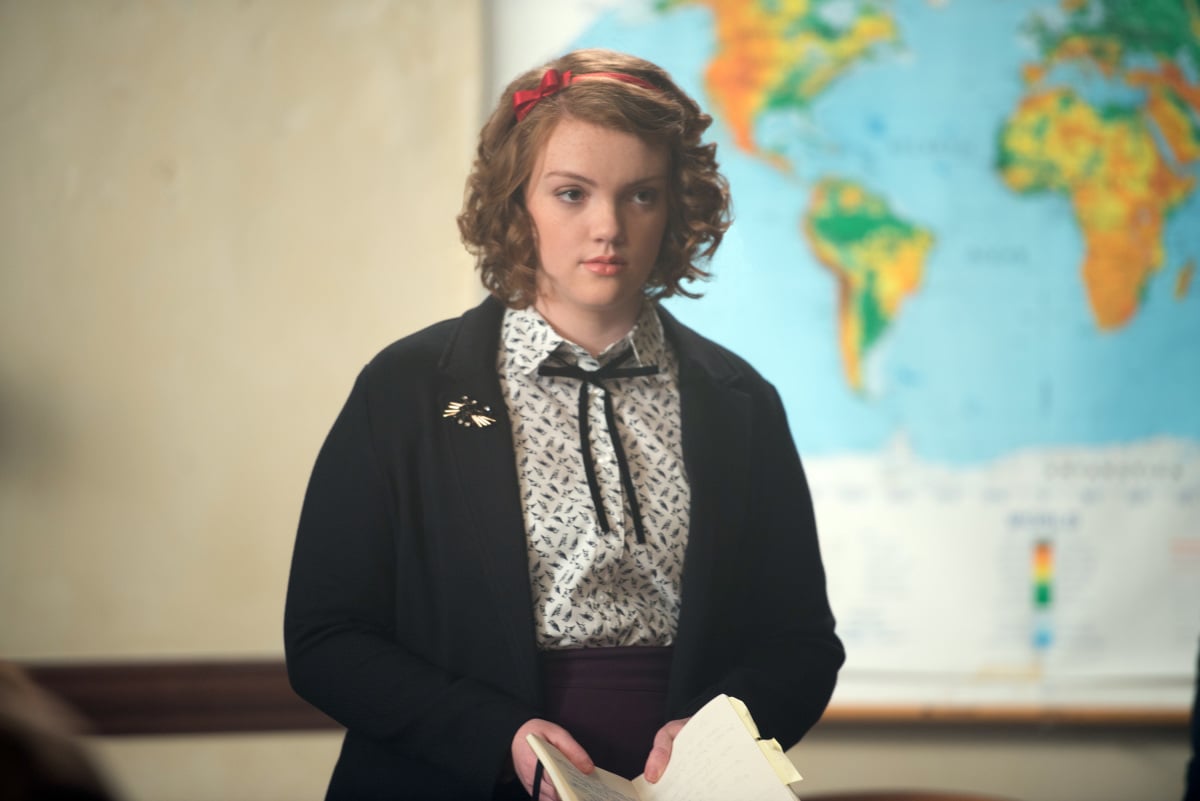 Are you ready for a Riverdale theory that's so insane, it just might make sense? Well buckle up, because this is going to make you question everything you think you know about one Ethel Muggs.

As we all know, the seemingly mousy character, played by Stranger Things star Shannon Purser, definitely has a dark streak. In the season one episode "Chapter Three: Body Double" she helps get some pretty brutal revenge on a slut-shaming male classmate along with Betty and Veronica; clearly her moral compass isn't black and white. It's this instance, actually, that has one dedicated fan thinking that Ethel has teamed up with the Black Hood, the mysterious murderer plaguing Riverdale.

Related:
Who Is the Killer on Riverdale? Let's Break Down the Most Likely Suspects

See, in the aforementioned season one episode, Ethel is shown smiling as she watches Betty torture Chuck Clayton in the hot tub, an act that horrifies Veronica (who, it's worth noting, also experienced Chuck's slut-shaming first hand). As Reddit user NancyRiverDrew points out, Ethel also doesn't have much of a reaction in a later episode when Betty verbally attacks Chuck in the school cafeteria. It certainly seems like Betty's dark side resonates with Ethel. And you know who else does? Yep, you guessed it: The Black Hood.

The Black Hood's victims so far have all been Riverdale citizens who have committed specific sins: Fred Andrews is an adulterer, Geraldine Grundy was a sexual predator, and Moose and Midge were attempting to engage in some premarital sex. Obviously Ethel doesn't physically match the description of the murderer, but what if she's the brains of the operation? After all, we know she definitely knew about Ms. Grundy and Archie after hearing about it at Jughead's birthday party. Also Midge, who was on the same list of Chuck's "conquests" as Ethel, walks away from her interaction with the Black Hood uninjured. Could it be because Ethel thought she'd suffered enough?

There's also the timing of the attacks. Why now? Fred's shooting lined up perfectly with the return of Hiram Lodge, who we know Ethel's family has history with (her father tried to kill himself after a bad business deal with Hiram). The arrival of more "evil" in Riverdale could have spurred both Ethel and her father into action. Adding on to that part of the theory is that Betty suspects the Black Hood has a daughter after that whole Nancy Drew cipher ordeal. Ethel could be that daughter.

Remember when she calls Archie's vigilante group, the Red Circle, to help her this season? They show up to save her, only to find her completely unharmed and with barely any information about the Black Hood. Why did she bother calling them at all? Was it to test how quickly the group could spring into action? The secret nail in the coffin seems to come when Betty goes to the abandoned house in Fox Forest: a box with a hood inside is waiting for her. It's wrapped in a red bow, which is one of Ethel's signature hair accessories. The answer to the identity of the Black Hood (and his seemingly sweet daughter) could have been in front of us all along.