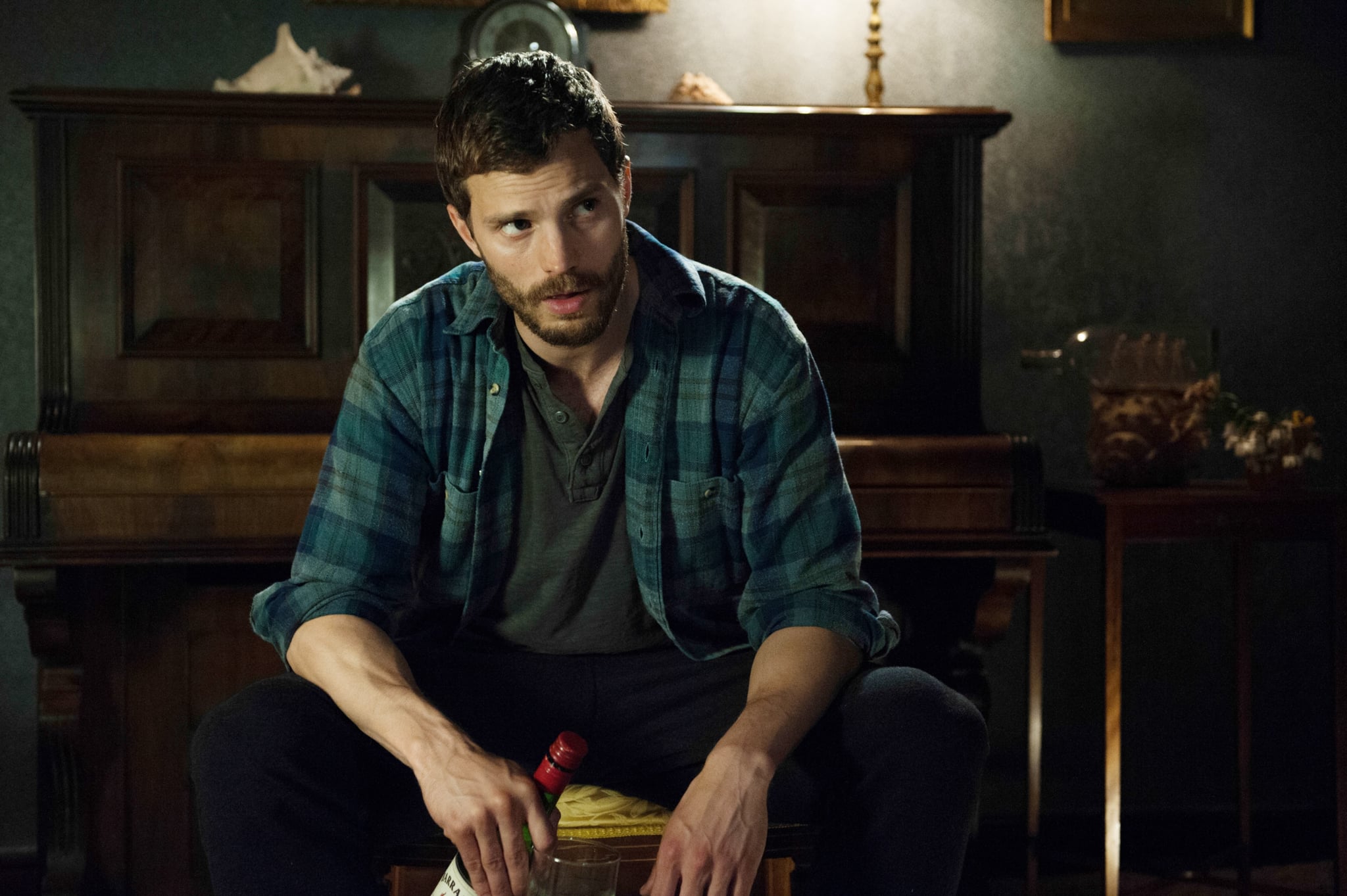 If you too have been mesmerized by The Fall on Netflix, you may be wondering when it's finally returning with new episodes. Jamie Dornan is every bit as attractive here as he is in Fifty Shades of Grey, though he's playing a fully psychotic serial killer. The good news is that season three is on the way! Thank goodness — the last episodes left us with a cliffhanger that found Spector's (Dornan) life in danger, with Gibson (Gillian Anderson) frantically trying to save him. Here's what we know!

It's the Final Season

The upcoming season (or "series," as they call them across the pond) will consist of five episodes, and they will close out the entire story.

This is the best look we have at season three so far, and it spoils the fact that Spector very likely survives his gunshot wounds from the season two finale. (Did you honestly expect him to die?)

Dornan himself tantalized fans during a recent press conference, saying, "There's quite remarkable turns in the third season that I really genuinely think people won't see coming that are hugely exciting."

There's Finally a US Release Date

The Fall's third season is premiering in the UK on BBC Two on Sept. 29, but it won't be on Netflix until Oct. 29.

Related:
42 Reasons It's OK to Be Attracted to Jamie Dornan When He Plays Total Psychos
Image Source: Everett Collection
Jamie DornanThe FallTV
Around The Web

Netflix
Feeling Like a Fairy After Watching Fate: The Winx Saga? Jam to the Magic Soundtrack
by Camila Barbeito 21 hours ago