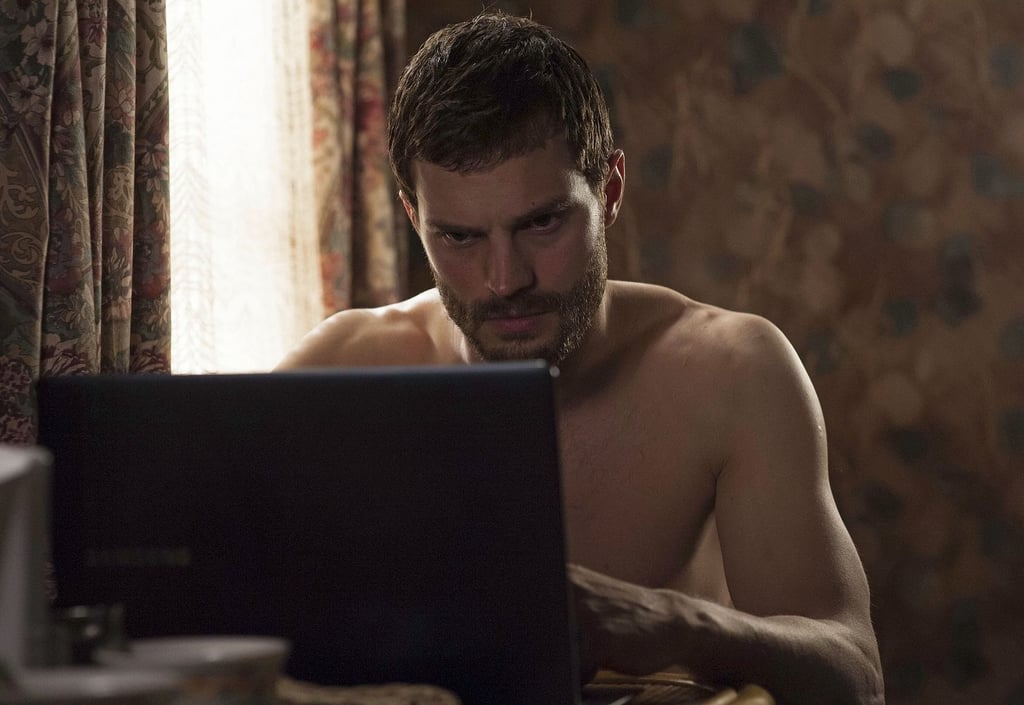 There's a reason Jamie Dornan is everyone's favorite Irishman, no matter how many creepy hotties he plays. After small roles in films and on TV (like Once Upon a Time), Dornan scored his breakout part on the Irish crime drama The Fall. If you've watched any of the two seasons on Netflix, you know that he plays Paul Spector, a dedicated family man who happens to get his rocks off by brutalizing young women at night. After he was selected to play Christian Grey in Fifty Shades of Grey, we found out that while his character may have some kinks, he's no killer. Still, both Paul and Christian manage to be heart-stoppingly sexy, despite being borderline disturbing — full-on disturbing, in Paul's case. In honor Fifty Shades Freed, here are all the times Dornan's characters are both somewhat terrifying and ridiculously hot at the same time. Pro tip: you can tell them apart because Christian is clean-shaven and Paul has a beard.

Netflix
After That Major Plot Twist, Pretty Smart Has to Be Getting a Season 2 — Right?
by Madison Tyler 10 hours ago

TV
Amazon's Harlem Series Isn't Out Yet, but We've Already Added It to Our Must-Watch List
by Monica Sisavat 13 hours ago