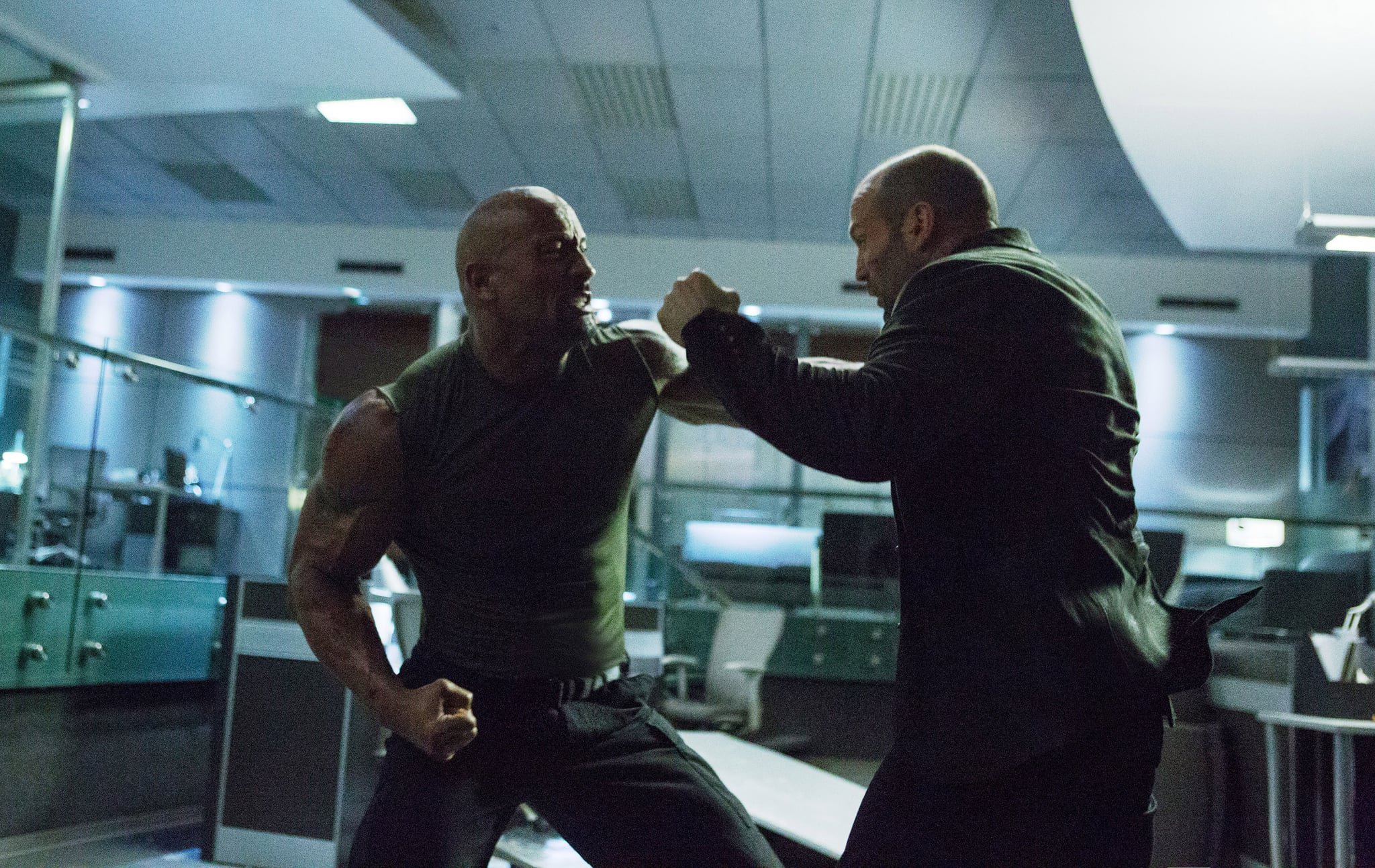 The Fast & Furious franchise is officially getting a spinoff — and no, it's not a sequel to Tokyo Drift. The chemistry between Dwayne Johnson's Luke Hobbs and Jason Statham's Deckard Shaw characters in the last action film, Fate of the Furious, was enough to inspire Universal to center a new movie around the pair's antics. Shaw, a former villain with a heart of gold, and Hobbs, a hardass US Diplomatic Security Agent, will presumably team up without Dom Toretto's (Vin Diesel) family of vehicle-savvy criminals to save the world from Charlize Theron's zombie cars (just kidding, hopefully those are long gone).

On April 12 Entertainment Weekly revealed that the film had found a director, and he couldn't be a better fit: David Leitch. In addition to helming Deadpool 2, the former stunt double/coordinator also directed Atomic Blonde and codirected John Wick, all of which feature elaborate action sequences. Knowing Hobbs and Shaw — which is actually what the currently untitled spinoff is rumored to be called, Hobbs and Shaw — there are going to be plenty of eye-popping fight scenes that will require Leitch's expertise. Chris Morgan, who's written six of the previous Fast and Furious films, is also on board to handle the script.

Related:
Literally Just 16 Insane Spoilers From Fate of the Furious

Joining Johnson and Statham on the cast is The Crown's Vanessa Kirby. The British actress has finished her reign as Princess Margaret on the Netflix original drama, and is reportedly going through final negotiations to portray an MI-5 agent who happens to be Shaw's sister. Also joining the cast is Idris Elba. In July, Variety revealed that Elba is currently in the final negotiations to play the movie's main villain, who will go up against Johnson and Statham.

The action-buddy comedy is set to hit theaters on July 26, 2019, which caused a big delay in the premiere date for Fast 9, the upcoming addition to the Fast & Furious series. The move to push back Fast 9 to Easter weekend of 2020 immediately drew the ire of cast member Tyrese Gibson back in October, and he openly bashed Johnson's decision to move forward with the spinoff at the detriment of the rest of the actors signed on to the ninth film.

Regardless of whether or not the bad blood within the franchise's cast has truly dissipated, it seems production on the spinoff is moving right along.