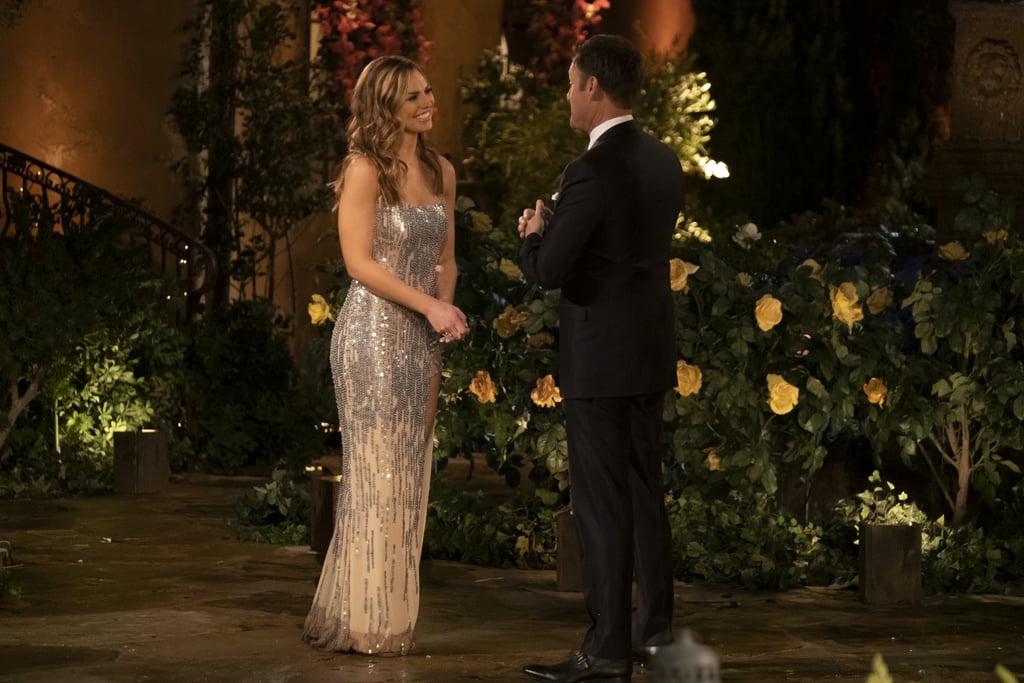 The Beast is back and ready to find love, y'all! Hannah Brown's season of The Bachelorette premiered on Monday, and there was certainly no shortage or drama — or "Roll Tides." The proud Alabama native was introduced to her 30 suitors, with nearly every man opting for a corny, pun-filled limo entrance.

Once the cringeworthy introductions concluded and all men were inside the mansion, two other former contestants from Colton Underwood's season of The Bachelor, Demi Burnett and Katie Morton, casually rolled up in a white van to act as Hannah's spies, watching what the men say while Hannah isn't around. Their first order of business? Dropping a truth bomb about Scott A. secretly having a girlfriend waiting for him back at home, which prompted quite the well-deserved elimination. Show 'em who's boss, Hannah!

Following Scott's departure and a handful of steamy smooches, Hannah handed out her first impression rose to Luke, sparking — you guessed it! — another oddly zoomed-in kiss, along with some mixed reactions from Bachelor Nation members who couldn't quite decide how they feel about the Georgia resident. Pour another glass of wine and read through all the hilarious fan tweets about Luke, Hannah's (somewhat polarizing) elimination choices, Scott's douchey exit, and more memorable snippets from the action-packed season 15 premiere ahead.