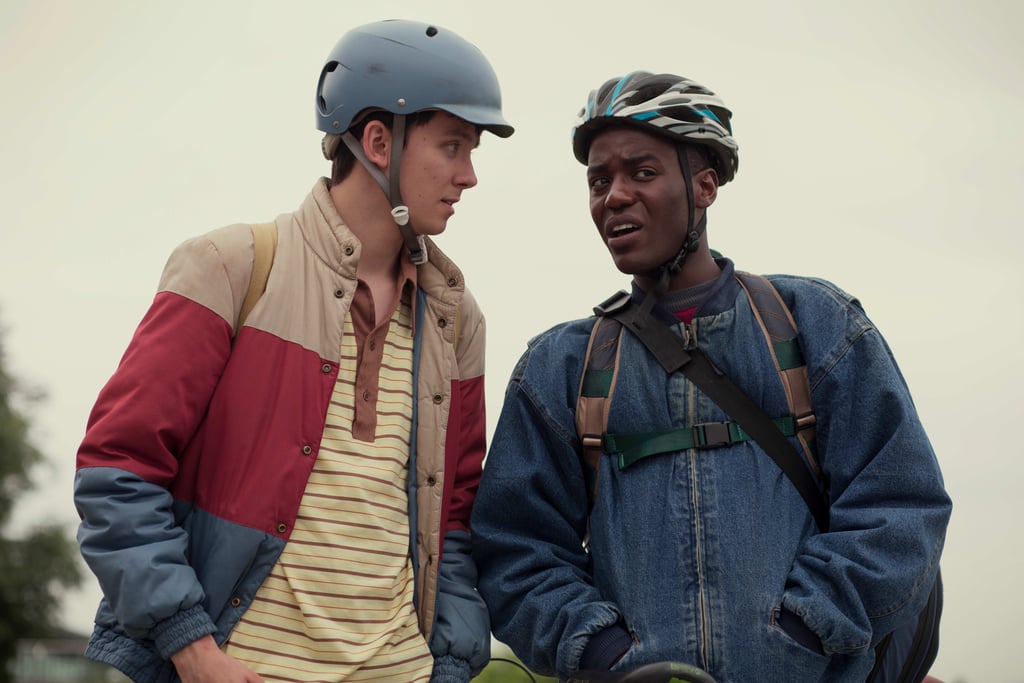 If, by some miracle, you haven't seen Netflix's Sex Education yet, then consider me unfathomably jealous — you have so much joy ahead of you.

The British series, which arrived on the streaming network in January, is a coming-of-age story centered around Otis (Asa Butterfield) and Maeve (Emma Mackey), students at a high school in England (despite all of its Americanisms), who start an underground sex clinic to help their fellow students make sense of the birds and the bees. There are hilarious ups and downs over the course of the eight-episode comedy, which skillfully tackles subjects like homophobia, sexism, classism, consent, mental health, and body image in a way that doesn't feel like it's preaching to you.

On top of that, the show also boasts some seriously incredible performances, especially from Otis's best friend, Eric, played by Ncuti Gatwa, and Otis's mother, Jean, played by her highness Gillian Anderson. But rather than bore you with another 20 paragraphs about how wonderful Sex Education is — which I may or may not have already written and deleted for your sake, just saying — you should scroll through the following tweets about the show ahead, which are almost as much of a joy as Sex Education itself.

Ricky Gervais
Ricky Gervais Wants to Offend People — As a Trans Man, I Won't Take the Bait
by Beau Brink 16 hours ago