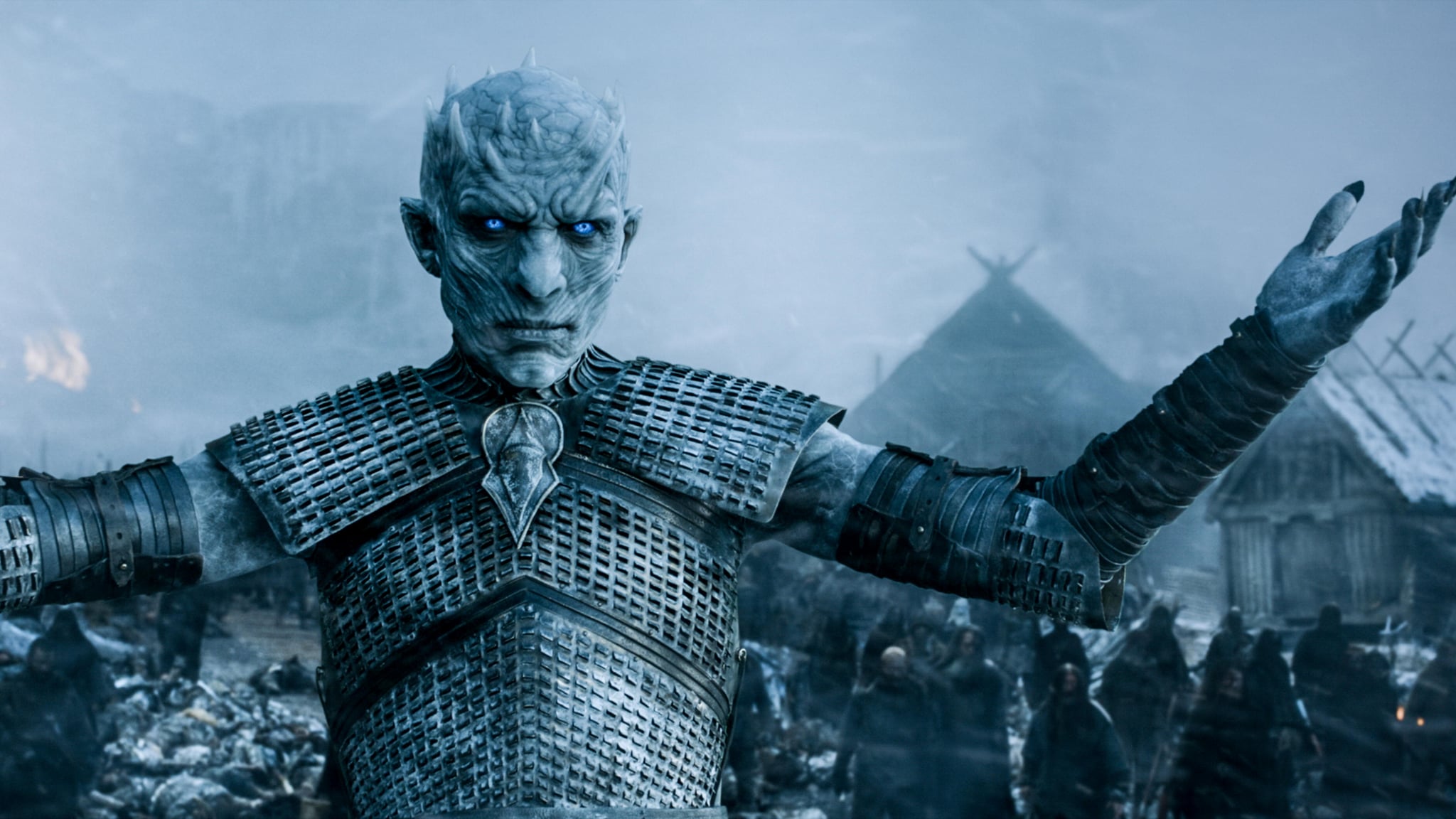 Game of Thrones got a whole lot chillier last season. A major character, of whom we had only seen a cryptic peek at until the end of season five, makes his grand entrance. Jon Snow leads an epic battle against the White Walkers and wights at Hardhome, and after shattering a lieutenant with his sword, Longclaw, he sparks the interest of a White Walker with a crown of horns. We had actually met this particular character before on season four, but until his appearance in the battle, we could only speculate that it was the legendary Night King. Though he's not mentioned by name in the episode, during HBO's "Inside the Episode" featurette, the creators confirmed that the icy figure in definitely the Night King. Now that we're fully immersed in season seven, rumors are swirling that Bran may be the legendary creature. So what do we know about him? Let's review.

The First Appearance of the Night King

As seen in the GIF below, the first time we see the Night King is in the "Oathkeeper" episode of season four. A White Walker carries Craster's son across the land, all the way to an icy pedestal. There are 13 figures and one approaches: a horned White Walker who we now know as the Night King. He touches the baby with his gross, long fingernail, and its eyes turn bright blue. End credits! This event doesn't happen in the books, so fans freaked out, especially when HBO Go specifically mentioned the Night King in a description of the episode. The network immediately pulled the name once fans caught on.

He's a Legendary Character in the Books

In terms of George R.R. Martin's book series, the Night King is mentioned in A Storm of Swords, the third book. He's never involved in stories in the present day, which means the show has gone completely off-book introducing him into Jon's world. Here's what we do know about him: the Night King was once a human, the Lord Commander of the Night's Watch, in fact, during the Age of Heroes, which takes place roughly 8,000 years before the events of Game of Thrones. He falls in love with a woman "with skin as white as the moon and eyes like blue stars." She isn't just pale — her skin is also as "cold as ice." She's a White Walker, and he weds her nonetheless. He and his queen rule the Nightfort for 13 years before they are overthrown by the King in the North and Joramun, the King-Beyond-the-Wall. Much to the horror of his people, it's discovered that he has been making sacrifices to the White Walkers. The Night King's name is forbidden, and he disappears along with his queen . . . until now. As legend has it, the Night King is a Stark, and the King of the North who overthrows him is Brandon the Breaker, also a Stark.

What Does This Mean For the Show?

We have many questions. How much further will the show veer from the books? Can Jon and other humans stop him, given the Night King's ability to turn corpses into an undead army? And finally, will the people of Westeros drop their game of thrones to fight the real enemy?