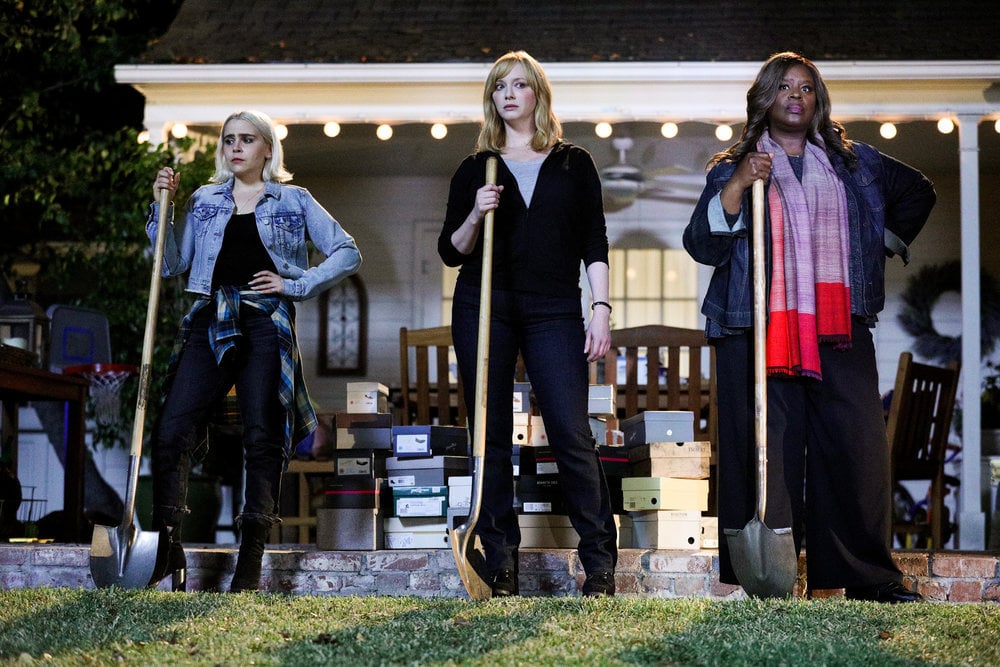 NBC's crime dramedy starring Retta, Christina Hendricks, and Mae Whitman has officially been
renewed for season three! Created by Jenna Bans, Good Girls follows three cash-strapped, suburban moms — Ruby, Annie, and Beth, played respectively by Retta, Whitman, and Hendricks — who decide to take matters into their own hands and rob their local grocery store. Despite a seemingly successful caper, the moms learn that the $30,000 they've stolen is a lot more complicated when they get sucked into the world of money laundering. While some have likened the series to Breaking Bad, the sophomore season has definitely proven that Good Girls is in a league of its own.

"We're so excited to continue following the friendship and adventures of these three incredible women while also exploring relatable issues in both funny and surprising ways," said Lisa Katz and Tracey Pakosta, copresidents of NBC's scripted programming. "Congratulations to Jenna Bans, and our amazing writers, cast and crew who give these stories depth and humanity."