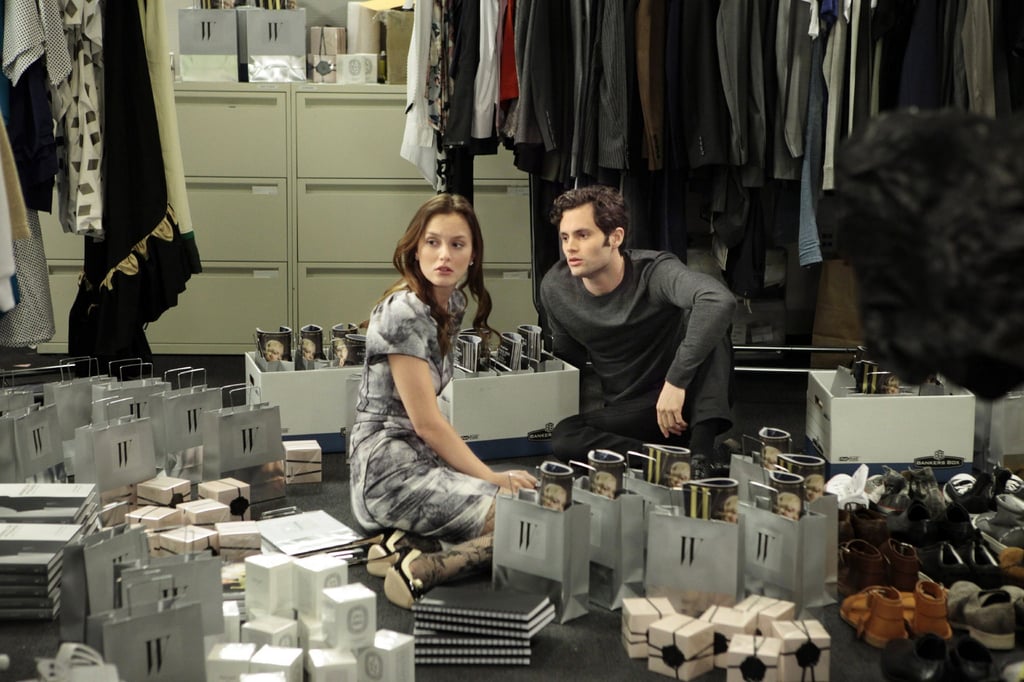 It's been six years since Gossip Girl officially ended, but I'll never be able to forget what we could have had. The lascivious exploits of our favorite Upper East Siders will live forever on Netflix, but that means more access to the tragedy of watching two people destined for one another marry the wrong people. Yes, I'm talking about Dan Humphrey and Blair Waldorf, and yes, I'm still bitter about it.

When Gossip Girl first introduced Blair and Dan to one another, their chemistry was instantly palpable. Their frenemies dynamic was electric from the start, but it didn't prevent them from seeing one another — I'm talking season one, episode four, the episode that really cemented the Dair ship — and forming an unexpectedly lovely connection that only the two could pull off. As the smartest of the pack (who were never shy about letting people know it), their know-it-all personalities brought out each others' intellectual sides — they visited art exhibits, watched classic movies, and talked pretentious literature together. Their conversations were reminiscent of our faves from Gilmore Girls: sarcastic, hella quick, and so full of pop-culture references your head would spin. Realistically, they were the only ones who could intellectually satisfy each other.

Related:
Gossip Girl: These 25 Blair Waldorf Stocking Stuffers Are Fit For a Queen B

With Dan, Blair was her most mature and happy self, back to the independent queen who reigned supreme without feeling in the shadow of her best friend. Dan met his true equal in Blair and fully committed to her in a way he never had before. He finally felt like he belonged with someone, instead of being Lonely Boy on the outside. The two were even able to indulge their scheming sides together, not having to hide their slightly malicious selves and never crossing the line into truly evil shenanigans.

But of course, the powers that be couldn't let us have this one good thing. Somehow, Dan took a turn for the worst and attempted to emotionally suffocate Blair by isolating her from everyone else. Then Blair decided to return to her previous relationship (that we won't address because it's near 2019 and people who trade human beings for property aren't worth the breath), and the whole thing is regarded like it never happened. How, Sway!? How does one just forget the single healthiest relationship they've had? The guy who was down for raising her baby, who made her feel like a princess, who continuously reminded her to be the bad b*tch that she is meant to be? You're telling me they said things like, "Our relationship isn't about choosing one world or another. Our relationship is our world," then just brushed everything under the rug? Seems fake.

Sadly, since the series ended with Blair marrying that guy and Dan marrying Serena, we will never see the right ones get together. Unless you're like me and have fully scrubbed everything after season five episode 19 out of your brain. Trust me, it's better that way. In that same vein, join me on this walk down memory lane for some of Dan and Blair's sweetest moments.

Related:
Do You Love Gossip Girl? Test Your Knowledge With This Quiz
Previous Next Start Slideshow
Gossip GirlNostalgiaTVOpinionGifs
Around The Web

Little Kids
Oof, the Internet Is Divided Over the First Glimpse at the New Clifford the Big Red Dog
by Chanel Vargas 10 hours ago

Saved by the Bell
There's a New Queen of Bayside, and Her Name Is Josie Totah
by Grayson Gilcrease 13 hours ago