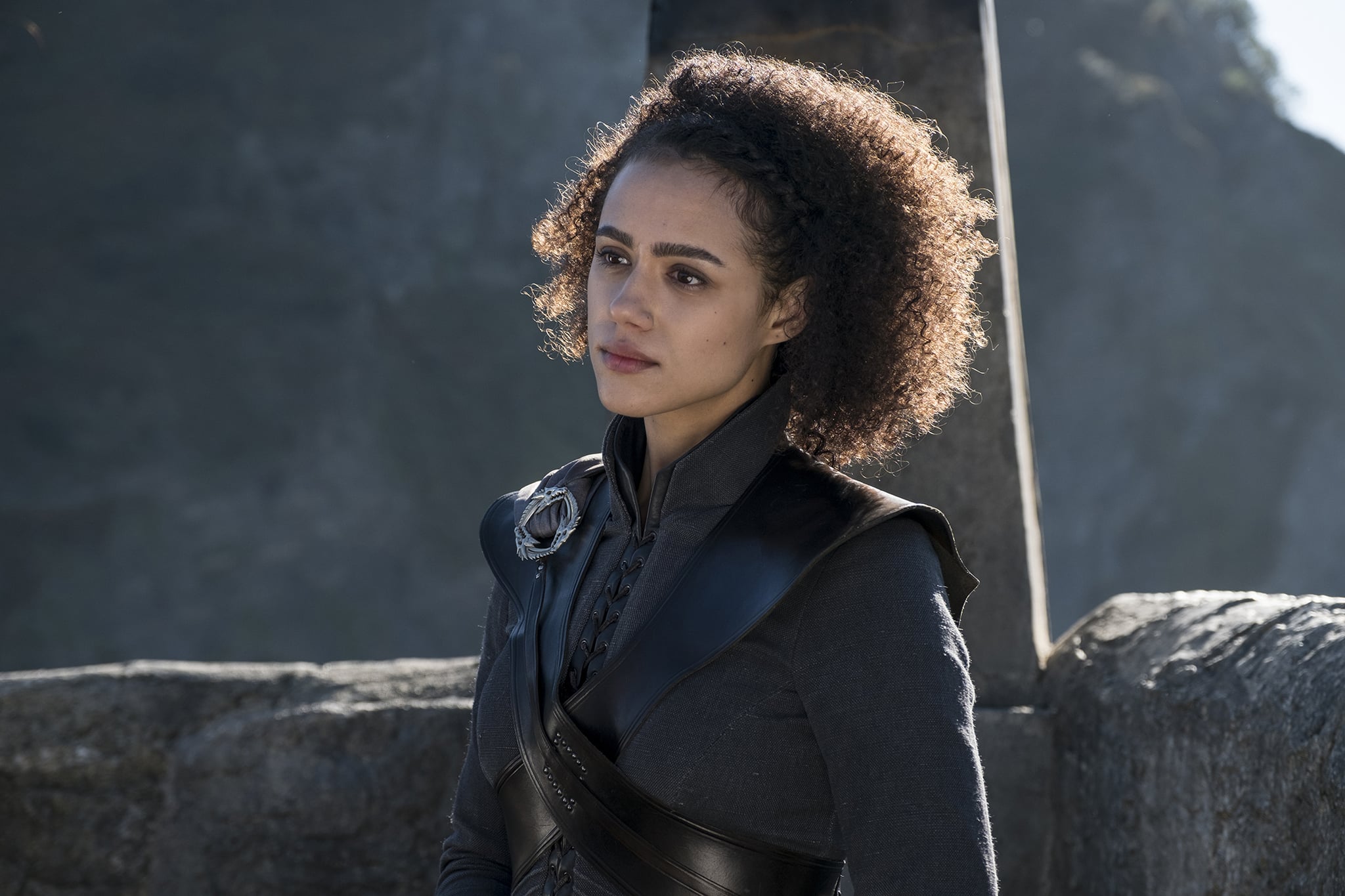 It's a tale as old as time: a sexy eunuch meets a former-slave-turned-right-hand-woman-of-the-Dragon-Queen, and sparks fly. OK, maybe it's a tale as old as Game of Thrones, but still. What the heck is even going on with Grey Worm and Missandei? Are they a couple? Will we see more of them together? Despite their flirtations over the seasons, Miss Worm (as I'm choosing to call them) aren't official.

"There's things firing between them," said Jacob Anderson (aka Grey Worm) during the show's Comic-Con panel on Friday. "There's chemistry. I want those kids to be happy. I want them to find happiness with each other. Everything is so sad." Truer words have never been spoken.

Related:
Here's What It Would Take For Tormund to Have a Real Shot With Brienne

When asked if Dany would be happy about the union, Anderson said, "She'd do the wedding! She'd be involved. Not involved." Way to make it weird.

Spoiler alert: Comic-Con audiences got to see a peek into future episodes, and at one point, Missandei is undressing Grey Worm.