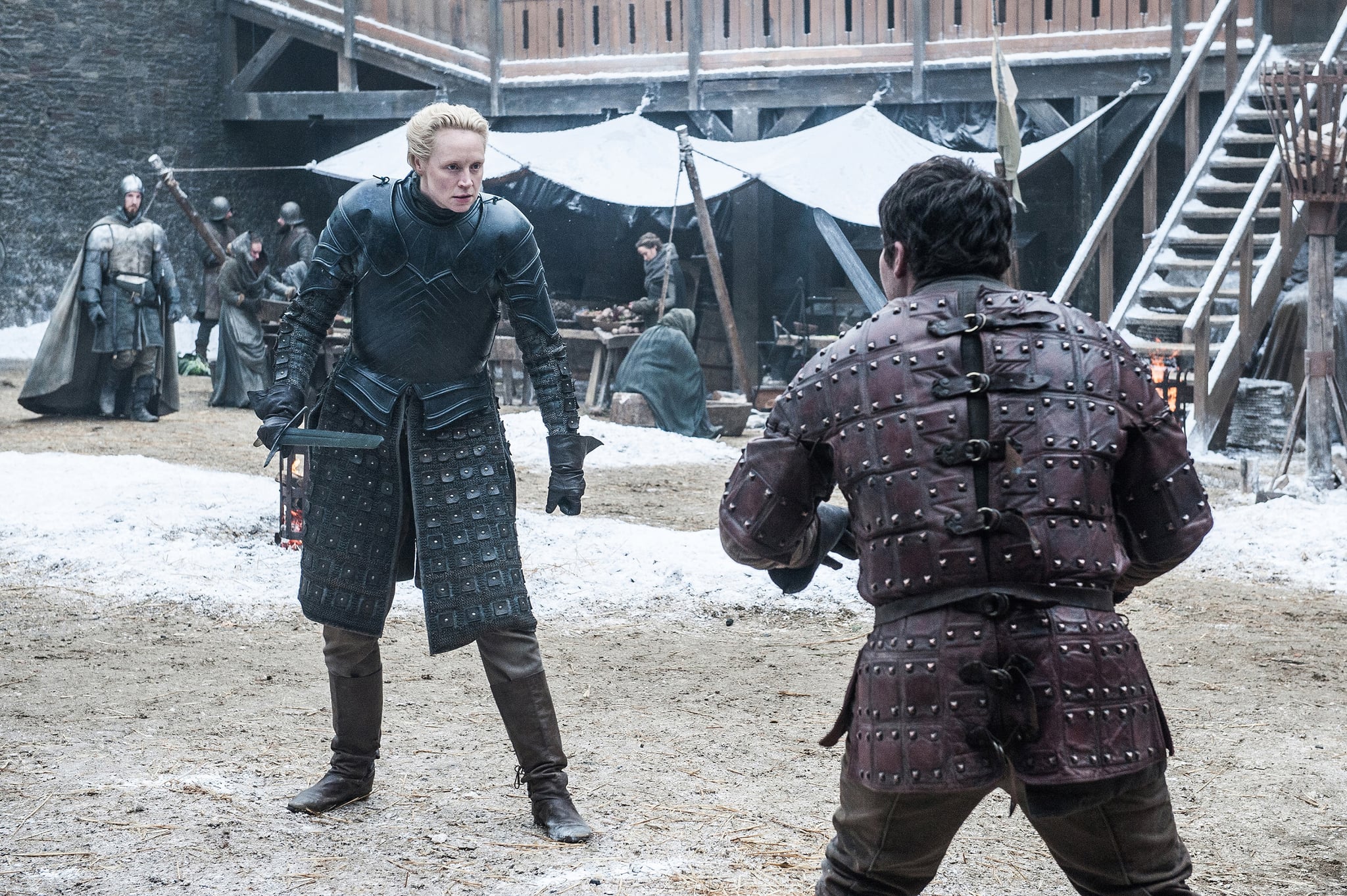 Despite moderator Kristian Nairn's best efforts to secure Gwendoline Christie's heart during Friday's Game of Thrones panel at Comic-Con, Christie confirmed that Tormund still has a shot with Brienne. In regards to the sparks between Brienne of Tarth and Tormund Giantsbane, Nairn asked, "Do you think she secretly enjoys being appreciated as a woman and a warrior?"

"What I love about Brienne of Tarth is I don't think that at the foremost of her consciousness is a value system that's based on how men appreciate her," Christie said. "But, who doesn't like being appreciated as both, really? I don't think that's really invested in, at all. I think she's finding it incredibly awkward . . . there's always that potential. Do you all think she likes him? Or does she like someone else?"

She was, of course, referring to Jaime Lannister, for whom Brienne still clearly fosters feelings. So what would Tormund have to do to get in Brienne's good graces?

"Let's not forget — Tormund does certainly have his creepy smile; he also enjoys masticating food . . . we saw him really going down on that chicken leg. That didn't do much for her! Really, to win Brienne's heart, it's all about mutual respect. It isn't about any sort of overpowering or sexual advance. It has to be about a mutual respect that's born out of skill and an ability about your ideas."

Tormund definitely has skills, but are they enough to woo Brienne? We'll see. In the meantime, we'll be over here praying that this theory about Brienne and Jaime doesn't come true.

Netflix
Netflix Hasn't Renewed Selling Sunset For Season 4 Yet, but the Cast Members Seem Hopeful
by Brea Cubit 12 hours ago

Netflix
Do Harlan's Powers Mean He Could Play an Even Bigger Role in The Umbrella Academy Season 3?
by Grayson Gilcrease 17 hours ago

TV
The Umbrella Academy: What to Know About the Real-Life Jack Ruby
by Larry Stansbury 2 days ago