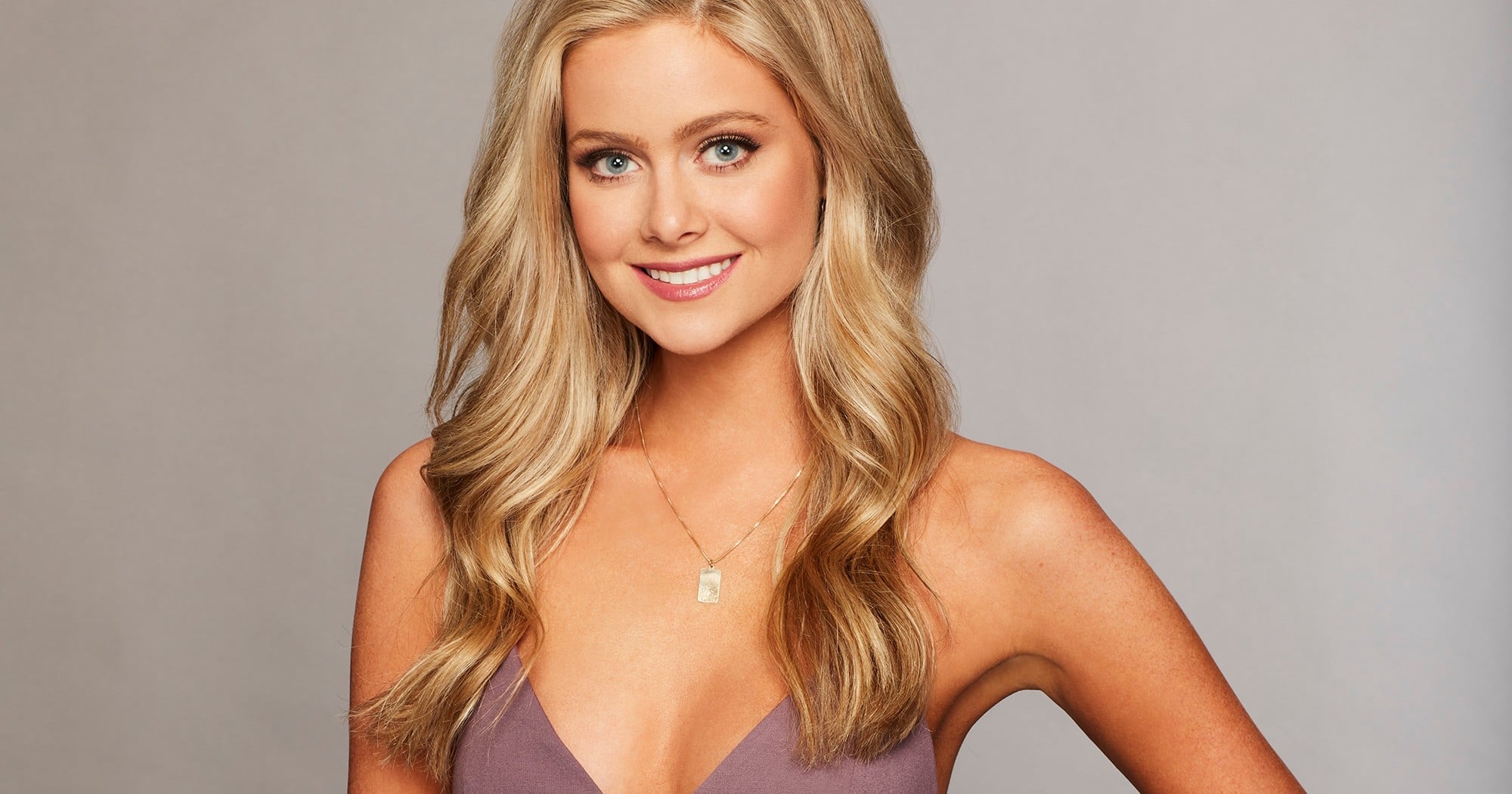 Fans eager to see what happened to Hannah Godwin after last week's dramatic Bachelor episode didn't have to wait too long into part one of the finale. Oblivious to the whole fence-jump situation, Hannah was just waiting for her date with Colton in Portugal, but the date never happened. Instead, Colton showed up at Hannah's hotel room to tell her that he was in love with Cassie. And based on her reaction to the breakup, it doesn't look like she's started dating anyone else quite yet.

Hannah appeared on The Bachelor's live show on Monday to talk about her experience, and it's clear she had no idea where Colton was in his relationships with Cassie and Tayshia when he showed up at her hotel room. "I've been dreading that moment for months," Hannah said of watching the scene back again, adding that she was "blindsided" by Colton's revelation.

Chris Harrison and Hannah also talked about the fact that Colton gave Hannah the first-impression rose and told her repeatedly that she reminded him of "home." She added that it "became meaningless" when he said the phrase to her during the breakup, which shows just how upset she was at the time.

Hannah added that she's returned to her regular life but that it's been difficult "reliving" her relationship with Colton when The Bachelor airs each week. "My heart was just so in it, and it's not just a show," she said to Harrison. "I've been hoping for more closure as I watch every week," she added, telling Harrison she wanted to see how strong his relationships were with the other women. But she still feels "more confused" than she did the night of their breakup in Portugal.

It sounds like Hannah is still pretty shaken up over the breakup, so she might not have jumped back into the dating pool just yet. And that's more than understandable — just before Colton arrived at her hotel room, she was preparing to tell him that she loved him.

During her conversation with Colton during The Bachelor's live show, it was clear how strong her feelings were for him throughout the process. She asked him if he thought things could have been different in their relationship if the timing had been different, wondering why things went wrong for them. Colton seemed confident that he made the right decision, telling Hannah she deserved more than being someone's second choice.

And while Hannah didn't mention seeing anyone new, she did share that she's learned more about herself from her Bachelor journey. "I can handle way more than I ever imagined that I could," Hannah said during the live show, adding that she knows what she deserves in a future partner. "I want somebody to jump a fence for me. I need that kind of relationship."

Hannah's journey with Colton may be over, but she's not giving up on finding love. And she's totally right — everyone deserves that kind of fence-jumping dedication in their own relationship (hopefully without an actual fence jump, though).