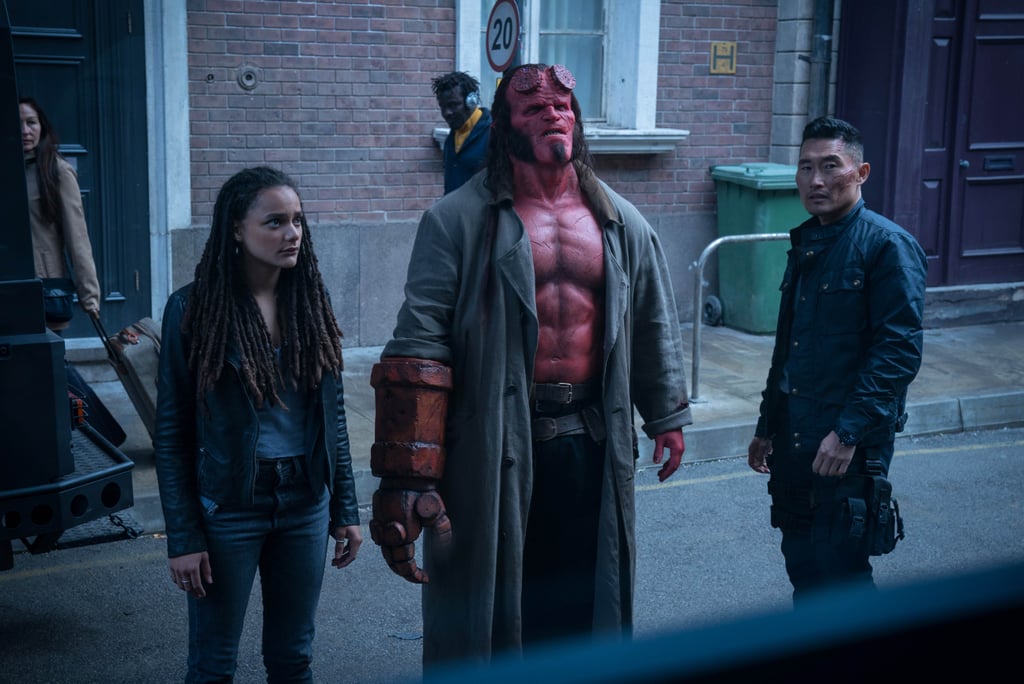 The Cast of the Hellboy Reboot Is Looking Hella Awesome (Yeah, We Said It)

Though Guillermo del Toro's Hellboy flicks were pretty awesome, the hellish half-demon is getting a total makeover with Neil Marshall's forthcoming reboot, with David Harbour replacing Rob Perlman as the title character and an R replacing the PG-13 rating of the first two live-action Hellboy films. From the reboot trailer, it looks like we can expect the same mix of upbeat music, intense fight scenes, and dark comedy of other popular Marvel superhits, and we're excited as hell to see Hellboy back on the big screen on April 12. Read on to see who else will be joining David Harbour in the new Hellboy cast.

Hocus Pocus
What It Was Like on the "Hocus Pocus 2" Set, From an Extra Who Lived the Magical Experience
by Lindsay Kimble 13 hours ago