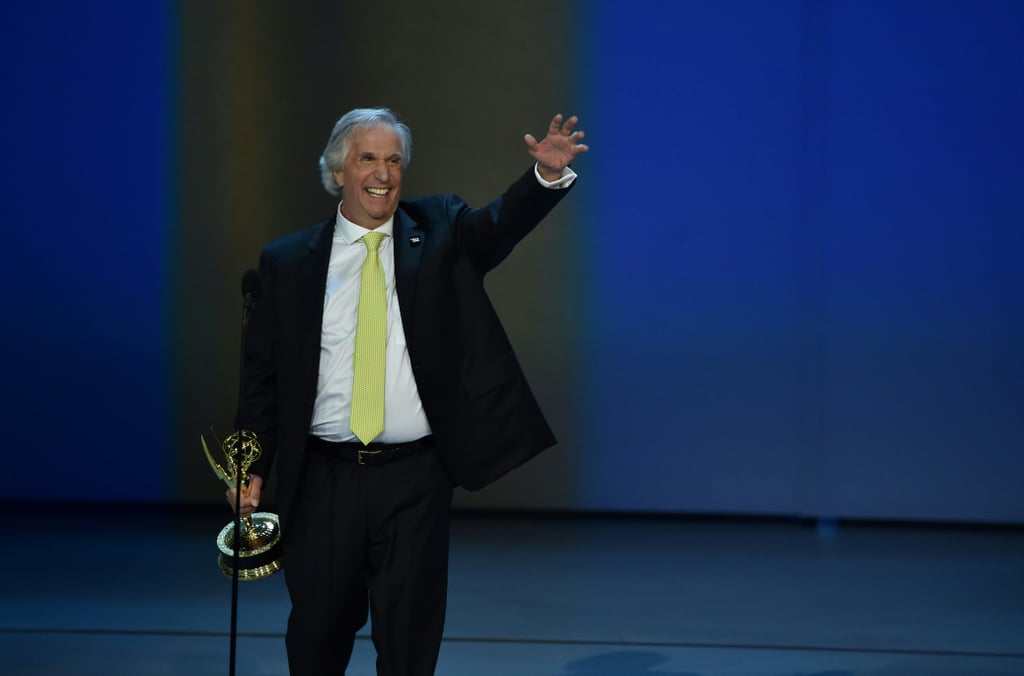 Henry Winkler is officially an Emmy winner! On Monday night, the legendary 72-year-old actor took home best supporting actor in a comedy for his role on HBO's Barry. While accepting his award, Winkler noted that his speech has been almost 43 years in the making. He was first nominated for Happy Days back in 1976, and has received a total of six nominations in his career. "If you stay at it long enough, the chips come to you," he said during his speech. "Tonight I got to clear the table." He signed off by telling his kids (who are grown adults, mind you) to go to bed, because "daddy won." Aww! See more pictures from his acceptance speech ahead.

Nostalgia
From Usher to Ray J, These Are All the Stars Who Appeared on Moesha Over the Years
by Camila Barbeito 1 hour ago

Anthony Mackie
Anthony Mackie Does His Best to Shut Down Captain America Rumors, but We're Not Fooled
by Grayson Gilcrease 2 hours ago

Netflix
The 15 Best TV Period Dramas Ever — Yes, Including Bridgerton
by Sabienna Bowman 22 hours ago