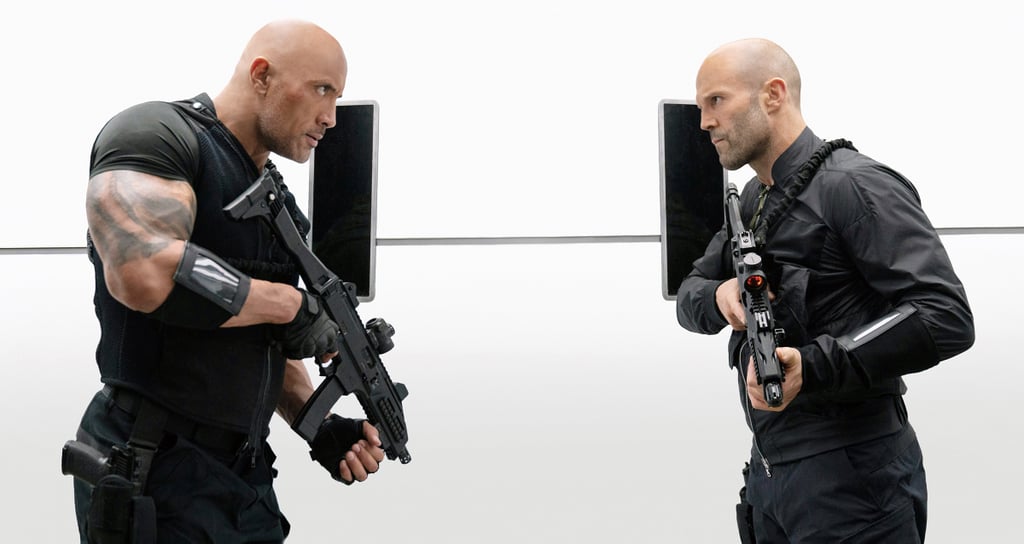 The Hobbs and Shaw Soundtrack Is Guaranteed to Rev Your Engines

Every Fast and Furious film is packed with fights, wicked-fast driving (of course), and a banger of a soundtrack you can't help but play on repeat — and the franchise's newest film, Hobbs & Shaw, is no exception.

The Dwayne Johnson and Jason Statham spinoff is possibly the biggest entry in the franchise yet, with higher stakes (a world-ending supervirus!), more eye-popping stunts (lassoing a helicopter to a daisy chain of vehicles!), a bad guy with actual superpowers, and a protagonist that literally towers over nearly everyone in the film. The soundtrack — it might come as no surprise — is therefore also no exception to the bigger-is-better philosophy of the movie, and fuels the high-octane action with driving beats and pounding bass.

Featuring adrenaline-heavy tracks from YUNGBLUD, Aloe Blacc, and Tha Movement, as well as an original song written and performed by star and DJ Idris Elba, the music running through Hobbs & Shaw is like a NOS button for your ears, guaranteed to get you pumped up and ready for some serious action.

Related:
Dwayne Johnson and Idris Elba's Bromance Is 1 of the Best Things to Come Out of Hobbs & Shaw
Previous Next Start Slideshow
MusicMoviesMovie SoundtracksHobbs And Shaw