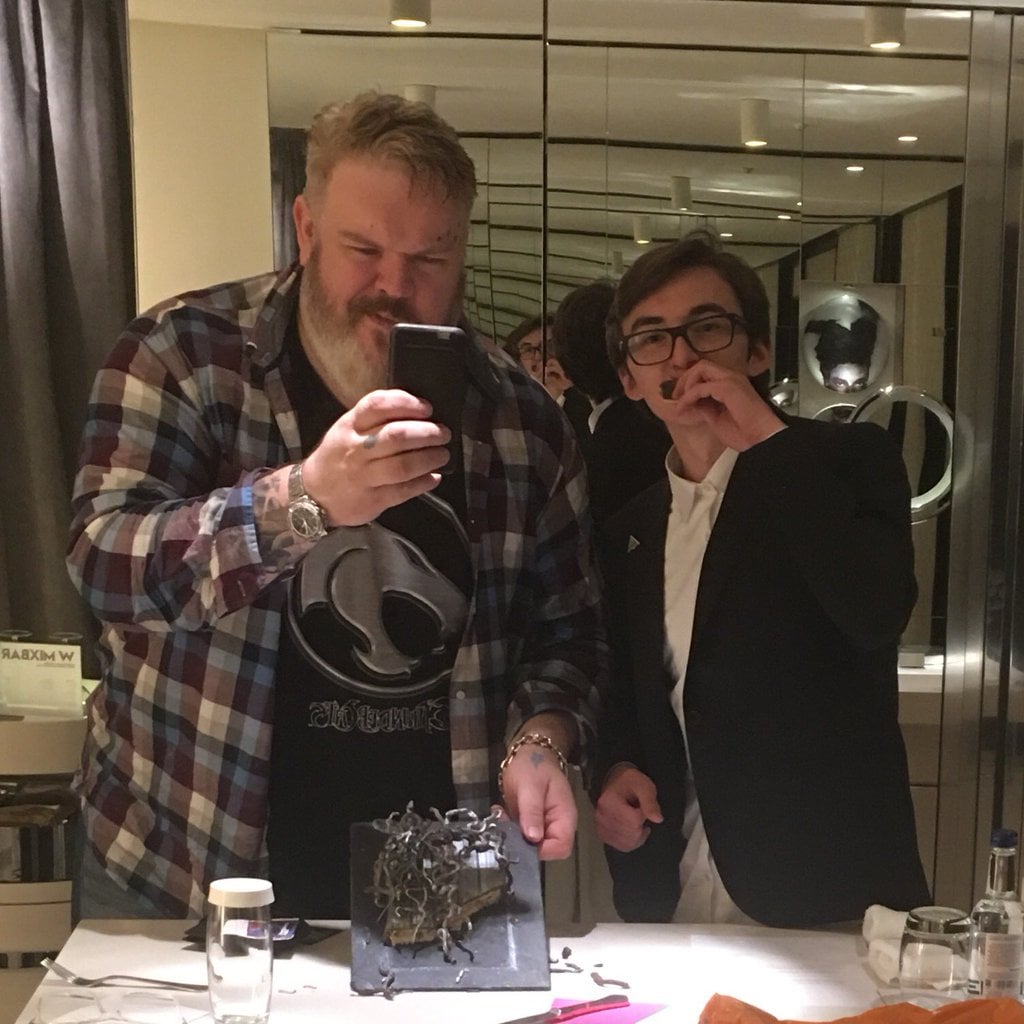 Hodor and Bran Eat Cake Together, Are Still Thunder Buddies For Life

Is Bran responsible for giving Hodor a lifetime impairment that meant he could only communicate with the word "hodor"? Yes. Is he also responsible for Hodor's ultimate demise at the hands of White Walkers? Yes. But that doesn't mean the Game of Thrones actors who play Bran and Hodor can't be friends! Isaac Hempstead Wright and Kristian Nairn posted pictures via Twitter this week of themselves hanging out and eating cake. Sounds like maybe Bran doesn't feel so bad, after all.