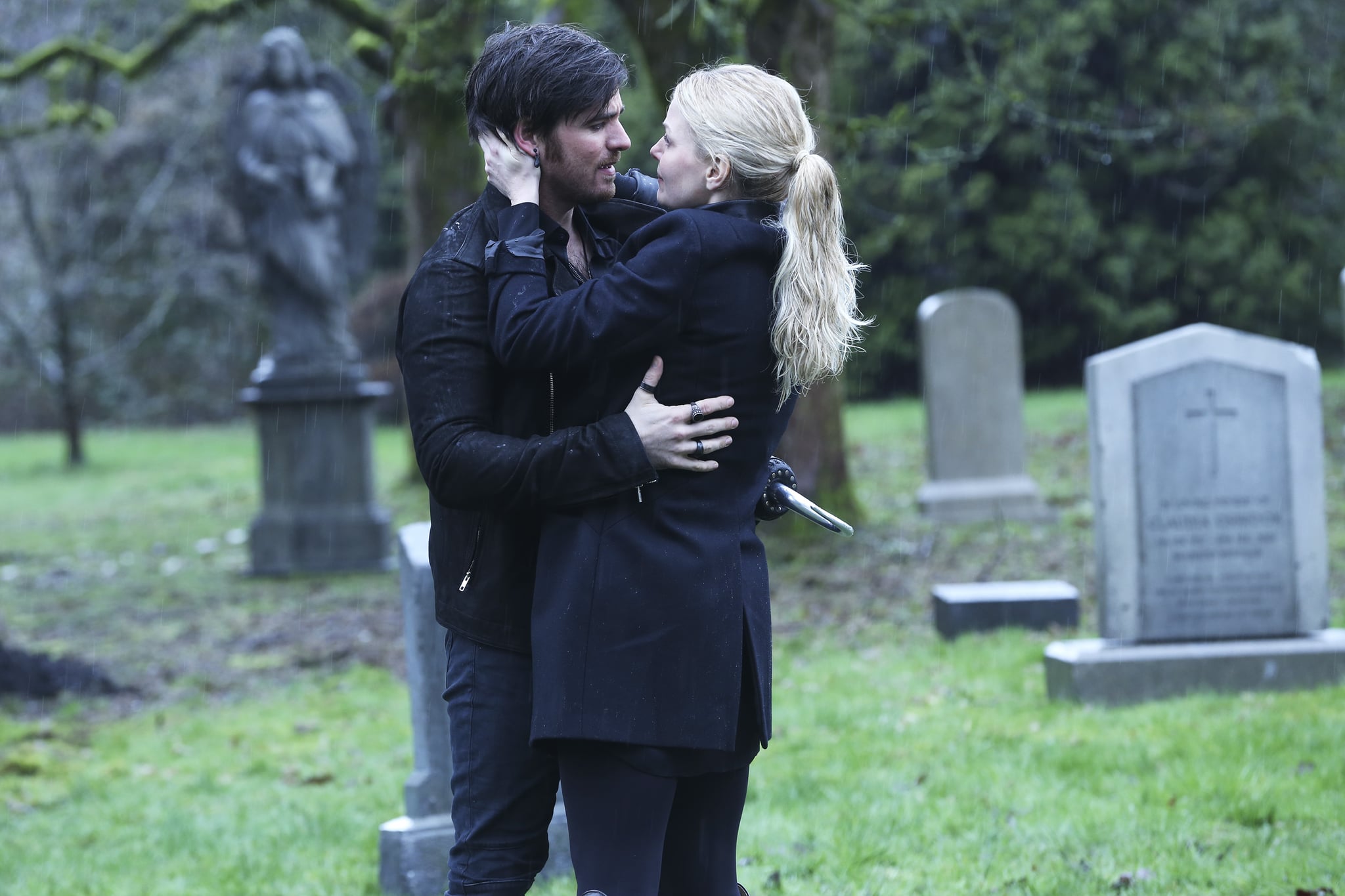 It's no exaggeration that Captain Hook and Emma have been through hell this season on Once Upon a Time. Aside from becoming the Dark Ones, the two literally traveled to the depths of the Underworld to keep their love alive. Thankfully, on the season five finale, there is a little light at the end of the dark tunnel as the show gives a small clue about the couple's fate next season.

After the heroes finally make it back to Storybrooke, Emma strays away from the pack to share a special moment with Hook. Not only does she say she loves him, but the pair also share a passionate kiss in front of — get this — a wedding gown display. Hold up, is Captain Swan getting married? While there wasn't an actual proposal during the scene, the writers are notorious for dropping little Easter eggs every now and then. Honestly, a fairy-tale wedding makes a lot of sense for the lovebirds. Not only are the two a fan-favorite couple, but there have been rumors brewing about a possible engagement for a while now.

Since the show is already confirmed for a sixth season, we will just have to wait and see how their story will unfold. Until then, enjoy the sweet moment on replay below.