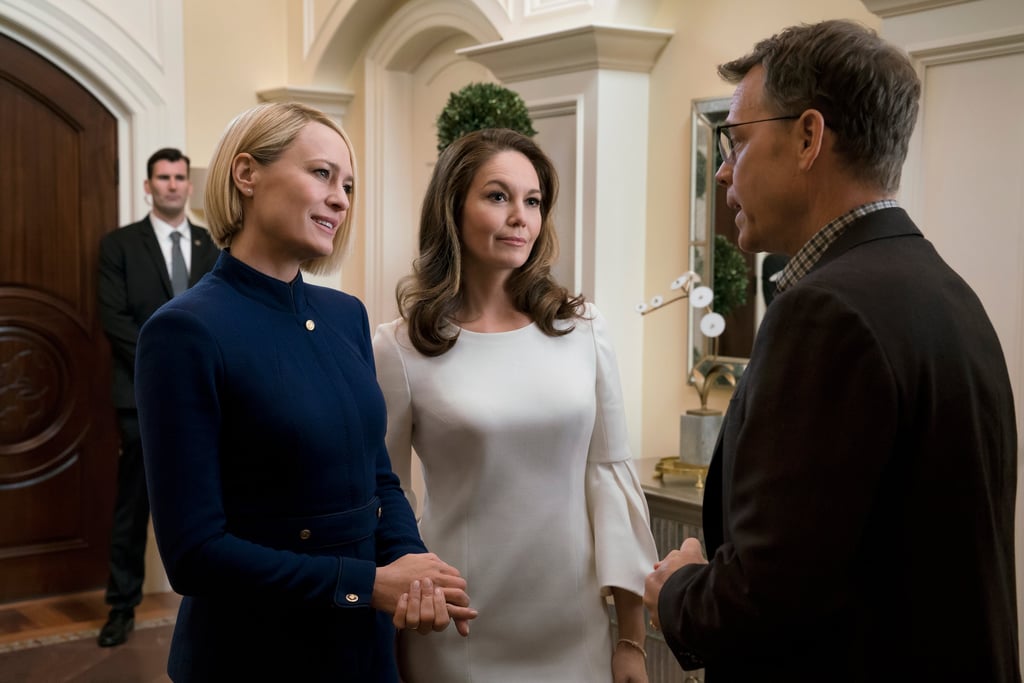 Meet the Shepherd Family, the Newest Addition to the House of Cards Cast

Kevin Spacey may be out of Netflix's House of Cards, but that just means some new faces are coming in. After the sexual assault allegations made against the show's star, fans were worried that the sixth season would never come to fruition. However, the popular political thriller will return for a final season, with Spacey's costar Robin Wright taking the leading role and several cast members returning to reprise their characters. Season six will also introduce the Shepherd family, and we can't wait to see how this new trio changes the dynamic. Here's everything we know so far about the cast's three new characters.

Related:
After All the Shakeups Surrounding House of Cards, Find Out Who Is in the Final Season's Cast
Previous Next Start Slideshow
Diane LaneHouse Of CardsTVGreg Kinnear