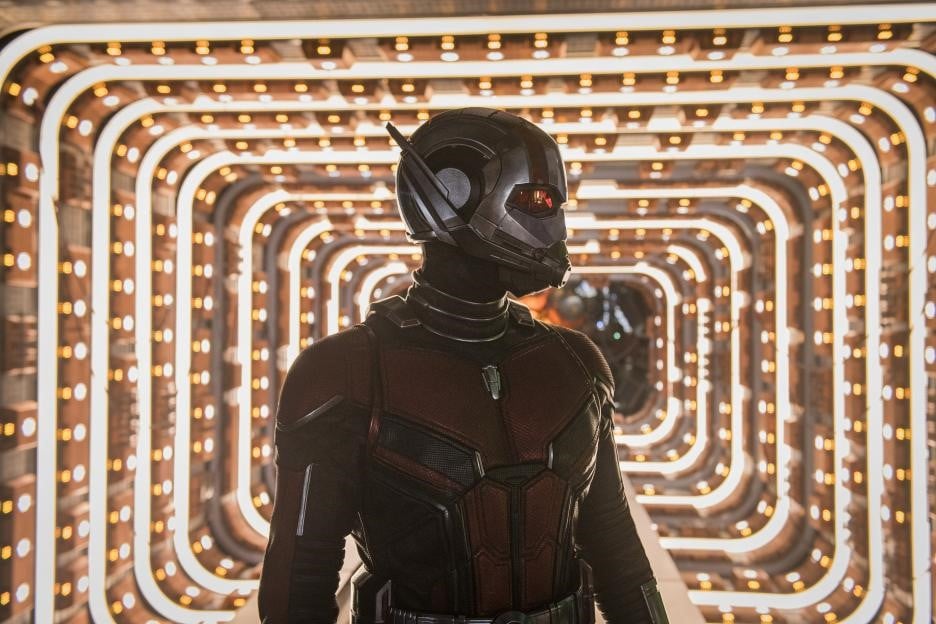 The midcredits scene in Ant-Man and the Wasp sets up the cliffhanger to end all cliffhangers. While Scott is in the Quantum Realm retrieving healing particles for Ghost, everyone on his team — Dr. Pym, Hope, and Janet — fall prey to Thanos's infamous finger-snap, leaving no one on hand to bring Scott back. Of course, with this being a comic book movie, it's safe to assume Scott will escape (especially since Paul Rudd is set to play Ant-Man in Avengers 4). However, the big question becomes how will Scott break free from the Quantum Realm?

The Quantum Realm, better known as the Microverse in the comics, is a multidimensional plane where, as Dr. Pym describes it in Ant-Man, "all concepts of time and space become irrelevant." This leaves the door open to an infinite number of solutions when it comes to rescuing Scott. In fact, Director Peyton Reed told TheWrap that in deciding how the this unique universe would be displayed on screen for Ant-Man and the Wasp, he realized he could do almost anything: "The Quantum Realm is a really intriguing environment and character in the MCU. There are so many stories that take place in the Microverse, which is the Quantum Realm in the MCU," Reed explained. "There are whole other worlds and civilizations and things like that,
which I think is something that — there's some visual clues in there that if you look carefully you can see."

Well, looking carefully is what we do best, and we found 11 ways Scott Lang can escape from the Quantum Realm. Follow along to see if you can guess them all.