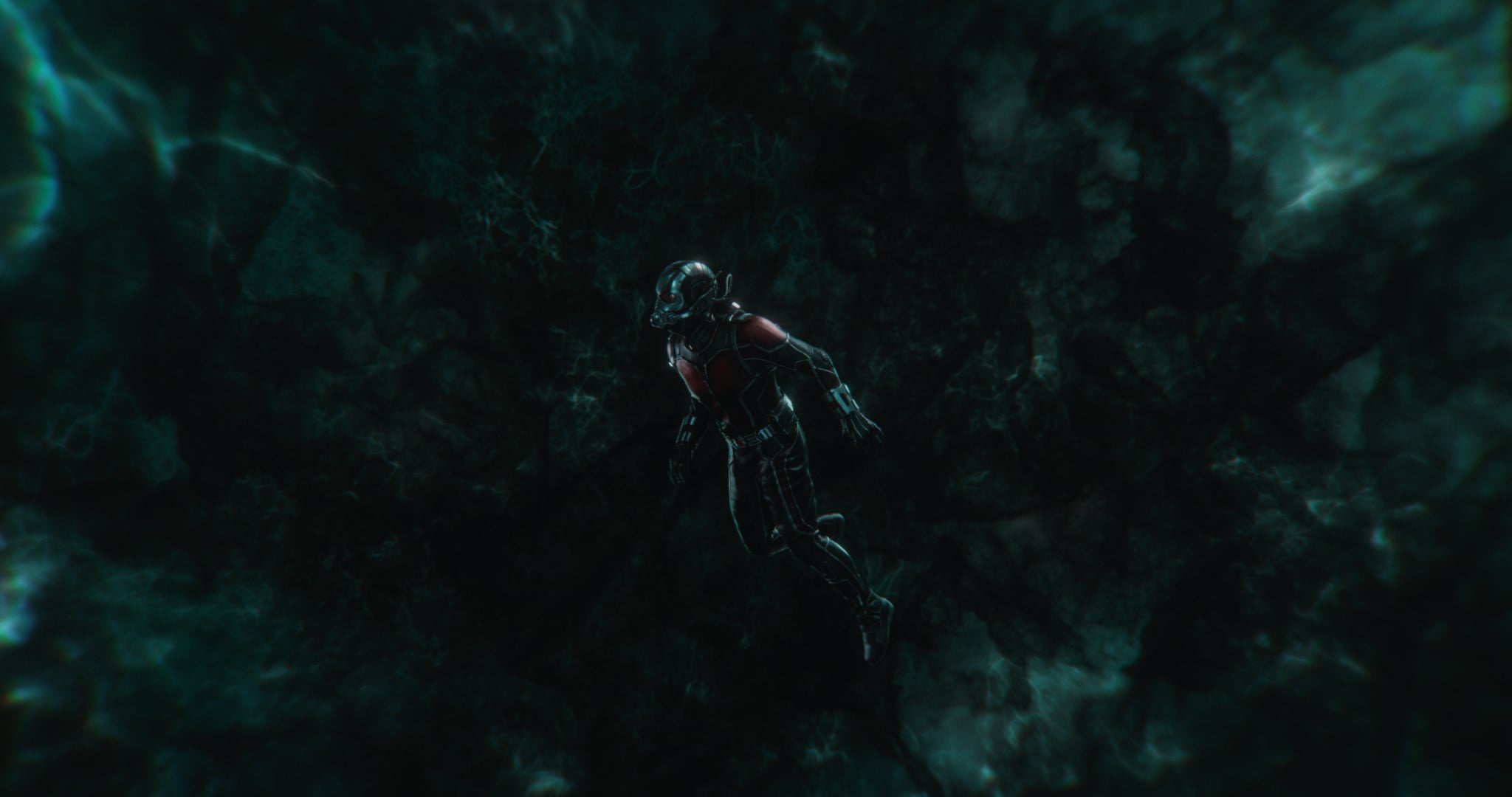 First introduced in the original Ant-Man, the Quantum Realm plays an even larger role in Ant-Man and the Wasp, and potentially even future MCU films. But what exactly is this psychedelic looking place? Here's what you should know.

What Is the Quantum Realm?

The Quantum Realm is an alternate dimension where the laws usually governing time and space cease to exist. First discovered by scientist Hank Pym (Michael Douglas), he realizes that the Quantum Realm is accessible by using Pym Particles to shrink objects to a subatomic level.

On their final mission together in 1987, Hank's wife Janet Van Dyne (Michelle Pfeiffer) sacrifices her life by turning off her regulator and shrinking to a subatomic level in order to disable an incoming Soviet nuclear missile. After this incident, Hank dedicates his life's work towards trying to better understand the alternate dimension, but is ultimately unable to learn much additional information.

What Role Does It Play In the Original Ant-Man?

Scott Lang (Paul Rudd) briefly finds himself trapped drifting through the Quantum Realm when his own regulator is damaged during his fight with Darren Cross. While tumbling through the odd and colorful shapes of that dimension, a quick flash of Janet Van Dyne's Wasp costume can be seen before Scott continues to hurtle on. Having a brief moment of clarity, he replaces the shrinking regulator with an enlarging one, and is able to grow large enough to escape once again.

Where Else Have We Seen It?

We've seen the Quantum Realm pop up on the big screen in another MCU property as well. Doctor Strange is seen briefly traveling through the Quantum Realm when he first visits the Ancient One and she sends him through several dimensions and alternate realities in an attempt to open his mind to the unlimited potential of the universe. This helps us better understand that this dimension can also be reached via other magical means, including the Sling Rings wielded by the Masters of the Mystic Arts. It also briefly gets a shout-out in the season three premiere of Agents of Shield when Coulson remarks how Fitz considered searching the Quantum Realm as a potential location for Simmons who had gone missing.

How Might It Impact the Future of the MCU?

Moving forward, the Quantum Realm is bound to become even more vital to the MCU at large and is frequently mentioned as a possible solution in theories involving Captain Marvel, and how she might be able to help save the Avengers lost at the end of Infinity War. For now, we'll have to sit tight and see what secrets Scott Lang and Janet's daughter, Hope Van Dyne (Evangeline Lily), can discover in Ant-Man and the Wasp.