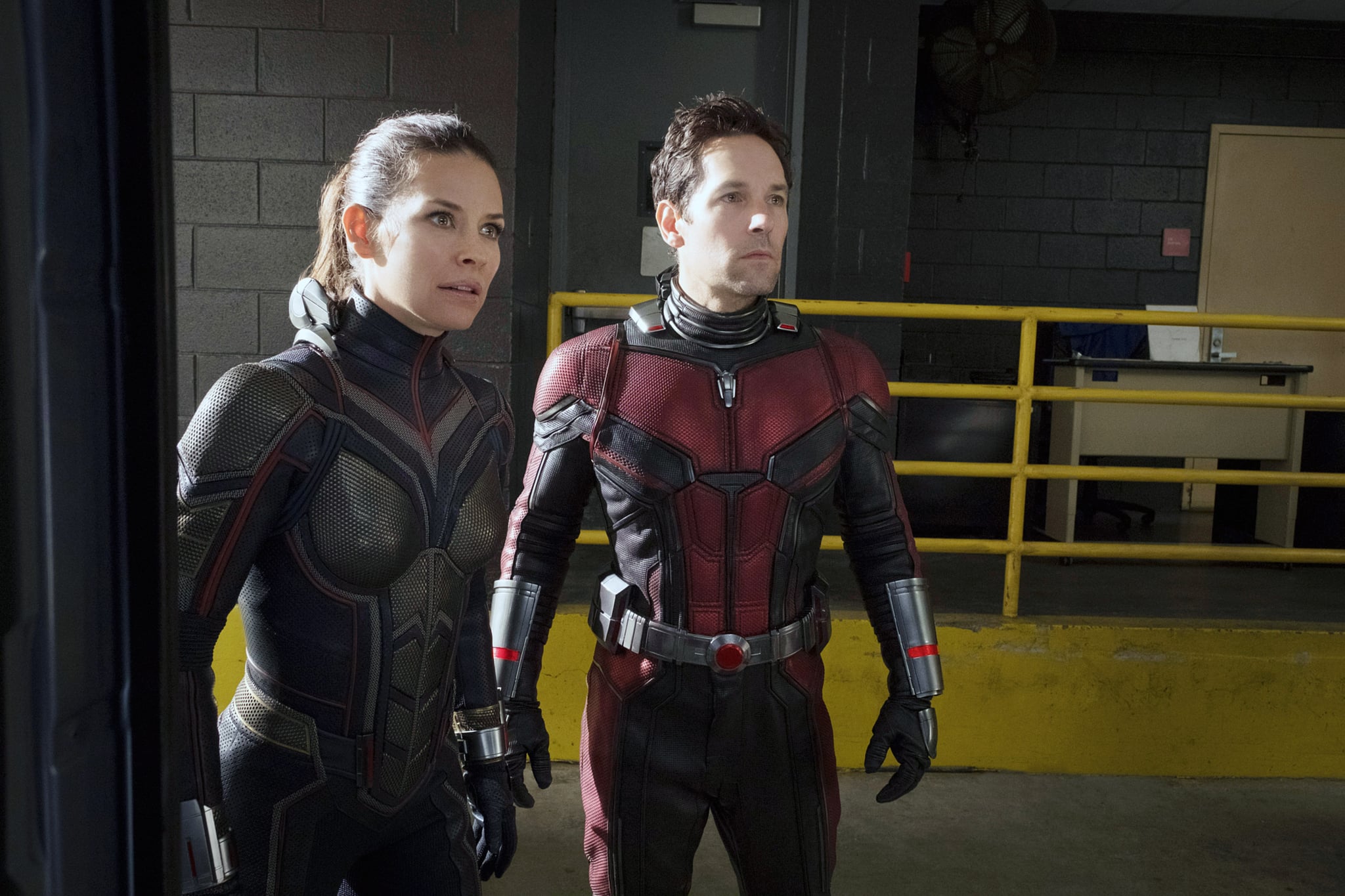 Warning: BIG spoilers for Ant-Man and the Wasp ahead!

While Ant-Man and the Wasp is full of jokes about Baba Yaga and dinner plans with your friendly fumbling FBI agent, by the time you get through the postcredits scenes, those laughs will blow away like ash. The latest movie in the Marvel Cinematic Universe features two postcredits scenes, one of which is super important. If you left the theater wondering about them or just want to know how the movie ends, read on!

Related:
Confused by the Marvel Cinematic Universe? Here's How to Watch Every MCU Movie and Show

Hank Pym, Janet van Dyne, and Hope (aka the Wasp) are all futzing about with some equipment on the roof of a building. As it turns out, they've managed to miniaturize the quantum tunnel used to access the Quantum Realm, and they plan to send Scott in to collect some of the quantum healing particles needed by their new pal and former antagonist, Ghost. Scott zips into the Quantum Realm with an earpiece connecting him to the others, but when he finishes collecting the particles and requests a return trip, the radio remains silent. As Scott panics, left floating in the Quantum Realm, Hope, Janet, and Hank crumble away in the breeze, stranding him there.

If you wondered why the three of them disintegrated, direct your attention back a few months to the end of Avengers: Infinity War. Ultimately, the Avengers are unsuccessful in their attempts to defeat Thanos, the Mad Titan in possession of the now-completed Infinity Gauntlet. When Thanos snaps his fingers together, half of the universe is wiped out . . . including Scott's friends.

While audiences maybe expected some of Ant-Man's crew to burst into dust, leaving Scott stranded in the Quantum Realm may open a whole new can of worms. Rumors about Captain Marvel, due out next year, suggest she too has something to do with the Quantum Realm, though we still know very little about it. When Janet returns from her 20-year trip through it, she emerges with a few extra powers and some new knowledge. She warns Scott about avoiding the "time vortex" when they send him down, but it sounds like something that may feature in Avengers 4. After all, maybe Scott finds his way back to, oh, say, 2011 and the Battle of New York in time to keep Thanos from collecting at least one of the Infinity Stones?

Of course, he could reemerge in a future where his daughter, Cassie Lang, is grown and fighting evil herself as Stature — Scott's not the only superhero in the Lang family. Rumors about Avengers 4 suggest Emma Fuhrmann may be taking on the role of an older Cassie. Maybe Scott visits another reality or timeline wherein she's grown up, or maybe she joins the mysterious Phase 4 as a member of the Young Avengers. We won't know for sure until we revisit Ant-Man and company on May 3, 2019! With all the timey-wimey hints we've gotten, abandoning Scott in the Quantum Realm and specifically warning him about the time vortex lays out a few possible paths for the future . . . or the past. 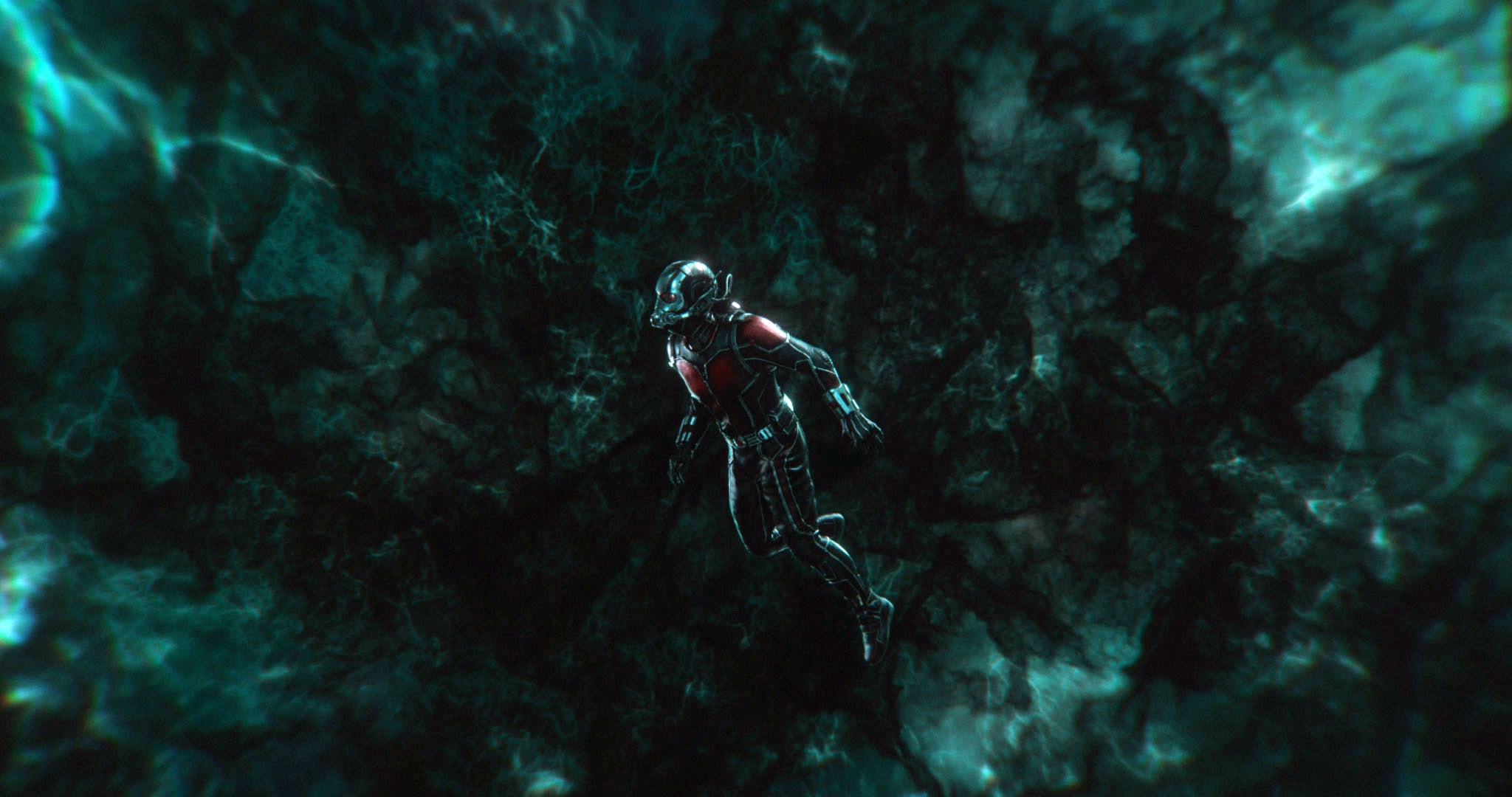 The second scene, after the very last credits roll, is much simpler with far fewer ramifications. In the aftermath of Thanos's snap, while the city of San Francisco remains ghostly quiet and an emergency alert shows on TV, a lone giant ant continues impersonating Scott Lang during his Rock-Band drum solo time. Sometimes you just have to perfect your drum skills during the apocalypse.

Identity
Culture y Recuerdos: How the "Frida" Biopic Redefined What It Is to Be Latina
by Cristina Escobar 15 hours ago