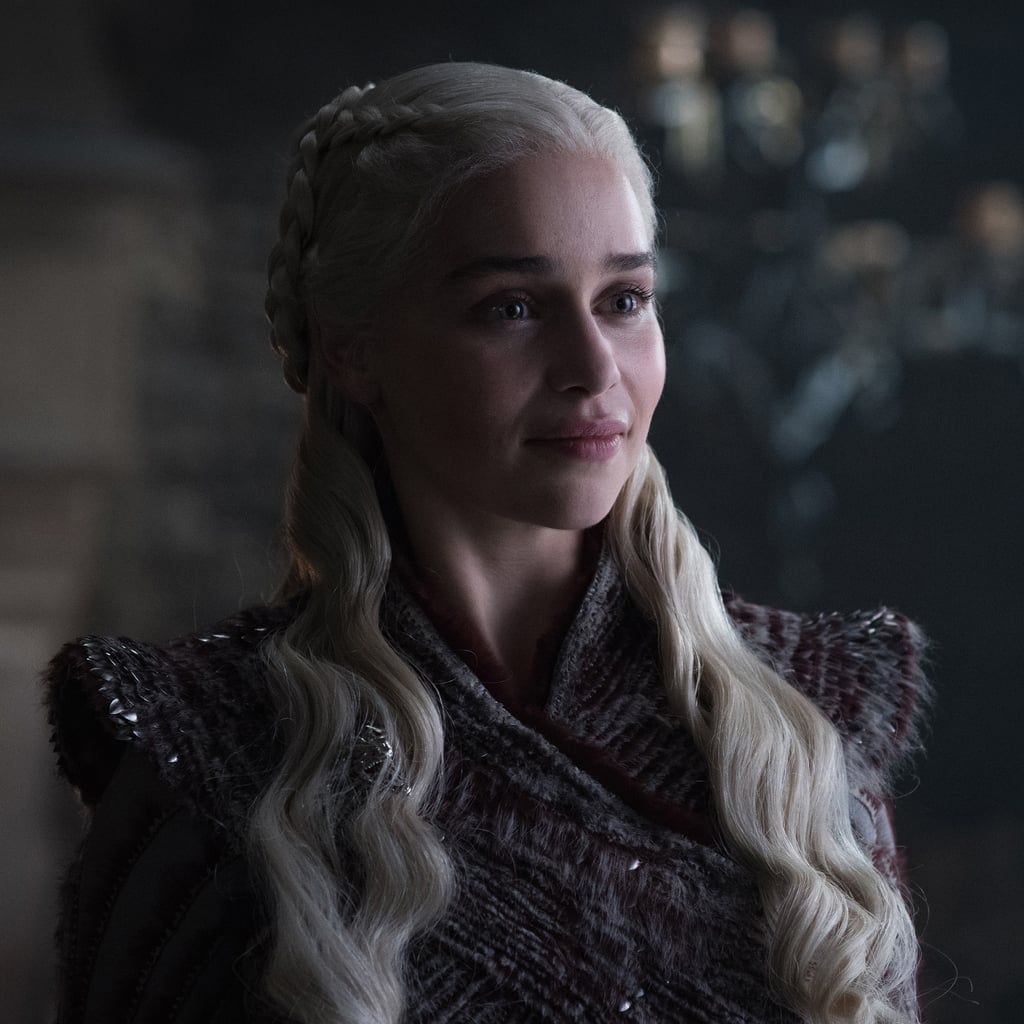 Yep, Daenerys's Face Pretty Much Says It All After Jon Snow Reveals That Crucial Secret

Warning: spoilers for Game of Thrones season eight ahead.

Way back when in Westeros, Lyanna Stark gave birth to a baby named Aegon Targaryen, the rightful Prince of Dragonstone, aka Jon Snow. While most Game of Thrones fans have been clued in on Jon's true lineage for a while now, it wasn't until the season eight premiere that Sam, after some illegal research, tells Jon he's the son of Rhaegar Targaryen. Jon — or Aegon Targaryen — is understandably shocked and takes a while to process the, er, uncomfortable news that he's actually been fooling around with his aunt. Yikes. But the good news is that he's next in line for the Iron Throne, right? Well, maybe not if Dany has anything to say about it.

After seeming to avoid Daenerys before the Battle of Winterfell, Jon Snow plucks up the courage to tell her the truth about his name and ancestry — letting her know that, well, he's her nephew. The look on her face says Daenerys still has her eyes on the prize: the Iron Throne.

As the only living son of Rhaegar Targaryen, Jon would be next in line to take his father's place, so Daenerys may feel like the last six or seven years she's spent eating stallion hearts and building up an army of Unsullied have been somewhat wasted. She seems to be in disbelief and finds it convenient that Sam and Bran, two of the people closest to Jon, are the ones to give him the news. Whether she decides to step aside or rule alongside Jon Snow, I think we can expect things to get heated as Daenerys reminds us all why she's the Mother of Dragons. Keep reading to see what Twitter had to say about her reaction to Jon's big reveal.

Bulgari
Mj Rodriguez Sketched Her Own Emmys Dress, but Turns Out, It Was Already in Existence
by Sarah Wasilak 21 hours ago

Billy Porter
Billy Porter May Be Wearing Wings, but Flying Would Be a Challenge in Such Heavy Diamonds
by Sarah Wasilak 23 hours ago