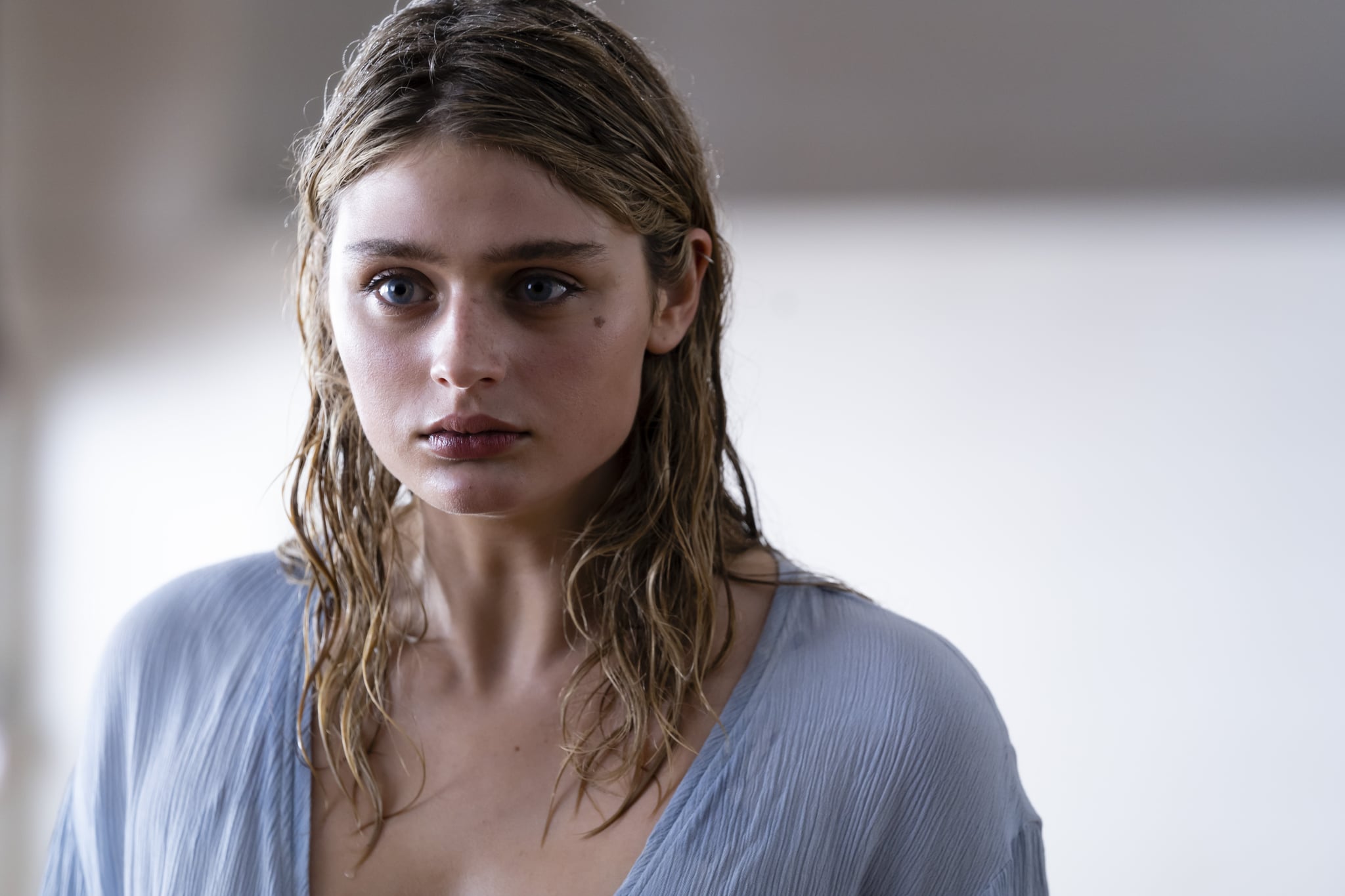 Warning: Spoilers for Chambers ahead.

Becky LeFevre's death on Netflix's new horror show Chambers remains a terrifying mystery for much of the first season. Her death is the reason Sasha is able to get a heart transplant in four hours after a freak heart attack and now, she can't seem to leave Sasha alone. "For four hours, the entire universe had to conspire together to save your life," Uncle Frank told Sasha. Little does he know how deep the conspiracy runs.

Everyone around Sasha keeps telling her that Becky's death was an accident — an old radio fell into the bathtub during her shower and electrocuted her. Sasha spends several days and nights sleuthing around Crystal Valley and the LeFevre household, and re-creating key scenes from Becky's past — including those from the day she dies. She puts on Becky's clothes and adopts her mannerisms to get spirit Becky (who lives inside her by way of her heart, FYI) to show her the truth. One instance of sneaking into Becky's bathroom while wearing her nightgown lands her in the hospital from a mix of pressure overload on her heart and crippling anxiety.

After a violent encounter between Ravi and Elliot after Elliot discovers he was sleeping with Becky on the side, Sasha finds out that Ravi witnessed Becky killing herself when he went to see her. Becky intentionally closed the shower drain and dropped the radio in herself because she wanted to drive away the evil residing inside her.

By the end of the season, we find out that there was a lot of darkness inside Becky, due in part to the New Age-y spiritual group The Annex Foundation that most of her friends and friendly subscribe to. Unbeknownst to her mom Nancy and brother Elliot, her dad Ben and the rest of the members spiritually violated Becky's body by using it as a vessel to be inhabited by Lilith, Adam's first wife in biblical stories and a demon The Annex members worship. "It was supposed to be a beautiful thing. We needed someone special, and there was no one more special than you . . . we were gonna heal the world," Ben tells Becky's spirit in the penultimate episode.

This new parasite inside Becky compels her do evil deeds like burn her friend Penelope and stab Elliot, without her being conscious of her actions. Realizing the dangerous path she was going down, she took her own life before she had to hurt anyone else, but it backfired and Lilith has now found a home in Sasha.