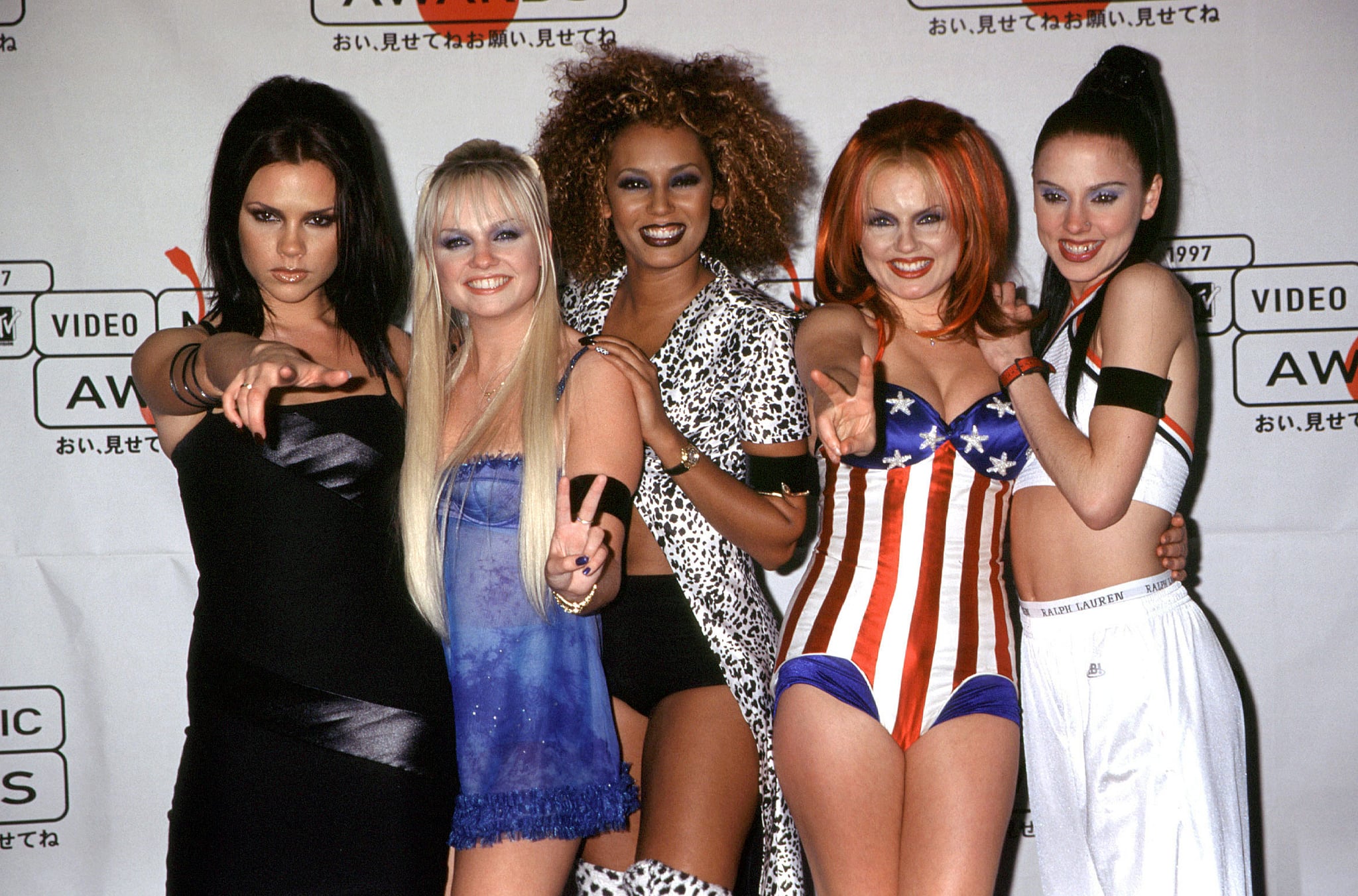 Let's be real: whenever we think of '90s girls bands, we automatically think of the Spice Girls. The girl group, which was made up of Victoria Beckham (Posh Spice), Emma Bunton (Baby Spice), Melanie Brown (Scary Spice), Melanie Chisholm (Sporty Spice), and Geri Halliwell (Ginger Spice), was one of the bestselling girl bands of all time and is responsible for making "girl power" a rallying cry for fans everywhere. But how exactly did the Spice Girls come to be? It's quite old school, actually: through a newspaper ad.

Geri penned an essay for Marie Claire back in July 2016 in which she explained how the girl group formed by way of a newspaper ad placed by two managers in 1994. "I came across an ad in a trade newspaper called The Stage looking for 'streetwise' girls to audition for a pop band," she wrote. "I actually missed the first round of auditions because I was visiting my grandmother in Spain, but something told me to ring the managers behind the ad, Chris and Bob Herbert from Heart Management, to ask if they were still looking. They were."

Related:
It's Official! The Spice Girls Are Going on Tour Again (Without Victoria Beckham)

After finding out they were down to 12 girls, Geri went to the London audition. "The girls who'd made the final round were split into two groups of four. Each group sang Stevie Wonder's 'Signed, Sealed, Delivered (I'm Yours)' and performed a dance we'd learned for the audition," Geri explained. "Before I left, one of the guys came over and told me I'd made it. I was elated! A month later, I picked up Mel B from the train station — I remember thinking, 'Oh, my God! I'm picking up this girl I don't know at all in my car,' which would soon become the band's wheels that I'd go on to crash, often with them in it . . . And so, just like that, we were a band: Emma, Mel B, Melanie C, Victoria, and myself. Roommates, too."