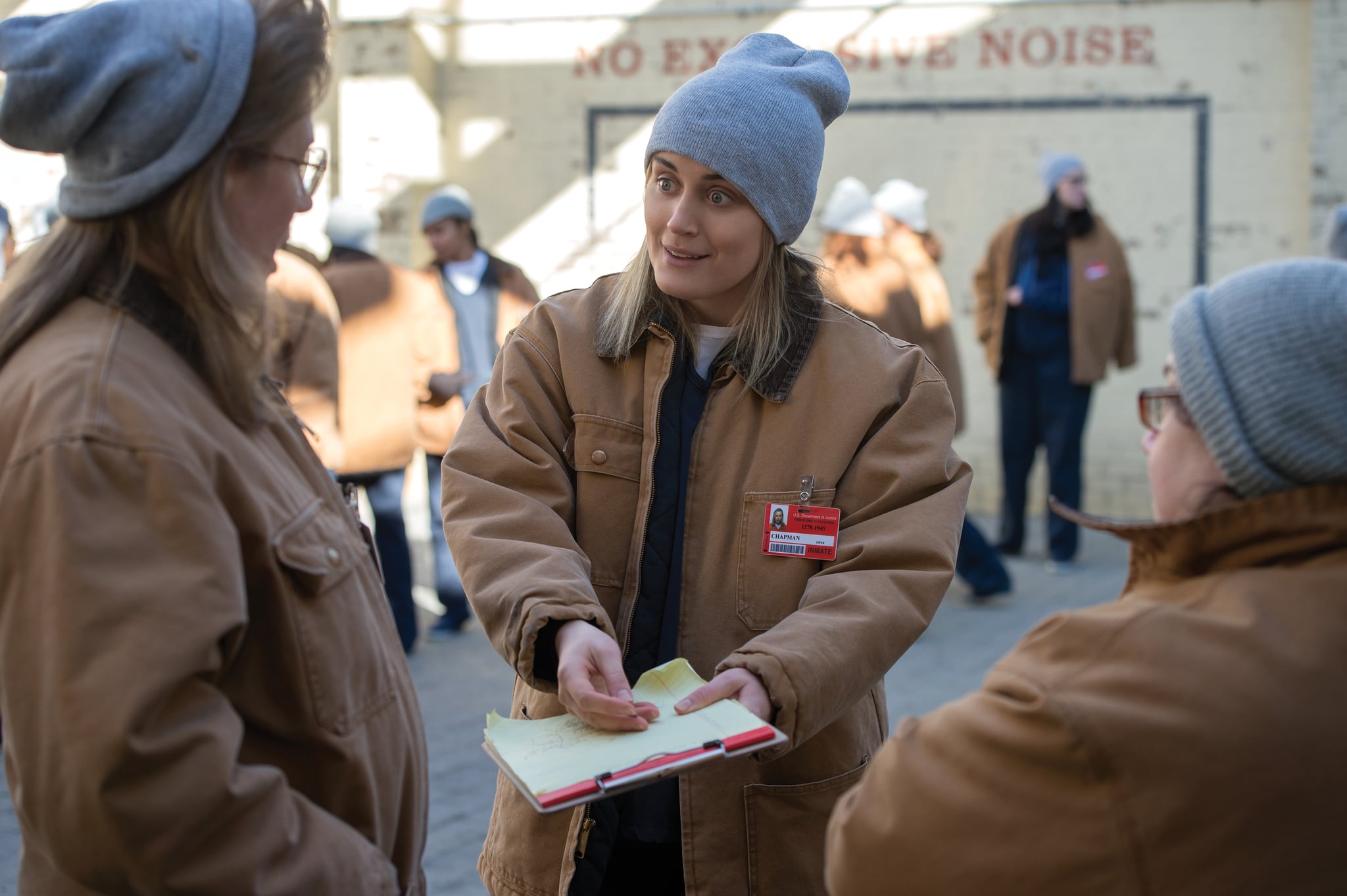 Warning: this post contains spoilers for how Orange Is the New Black's six season ends.

Team Carol or Team Barb? Season six of Orange Is the New Black leaves many of the inmates in a raging war over whose side they're on. If you have a blue jumpsuit, you belong to C Block, aka Carol's turf. If your jumpsuit is khaki, you belong the D Block, aka Barb's turf! Ride or die . . . literally. In a season full of guilt, legal hearings, and some old bad blood, the girls face struggles with loyalty, justice, freedom, and legacy. Here's how it all wraps up!

The two sisters and longtime enemies, Carol and Barbara, think they've concocted the perfect plan: send the two blocks to war, creating a distraction for them to attack an old common enemy, Freida. In a surprise turn of events, the two gangs deviate from the war, putting aside their weapons and their differences in the name of peace and fresh air. The only casualties are the two ring leaders themselves, after a bloody battle in the janitor's closet. The ladies of Litchfield enjoy their new outside time, thanks to Piper Chapman's determination to get kickball reinstated in the maximum security facility.

As for Chapman herself, she's finally facing the outside world again after a surprise early release. Her new pal, Hopper, pushes her file to the top of the list after she offers to tip him off on any drug leads in the prison. Alex, her longtime lover, doesn't let her leave without another early surprise: the prison wedding Piper hoped they'd one day have. Led by Nicky and Lorna, Piper and Alex vow to keep their tumultuous love alive, despite the distance and bars between them. Exiting Litchfield with her are Blanca and Sophia, who cut a deal to settle with MCC over how she has been treated in prison.

Taystee finds herself in a battle of her own with MCC, following season five's prison riots. Concluding the season-long trial, the jury finds Taystee guilty of killing Piscatella during the brawl. Even with a fandom of freedom fighters behind her and the help of Caputo, she still feels alone discovering that it was Black Cindy that has testified against her. MCC, now PolyCon, celebrates their victory with an announcement to open a new immigration center.

With three inmates now free from Litchfield, and the remaining prisoners seemingly free of the beef between the two blocks, only time will tell what comes next for these women — especially if there's a new batch of girls in a whole new camp coming to town.

Netflix
The Serpent: How Charles Sobhraj's Killing Spree Earned Him the Nickname "Bikini Killer"
by Chanel Vargas 53 minutes ago