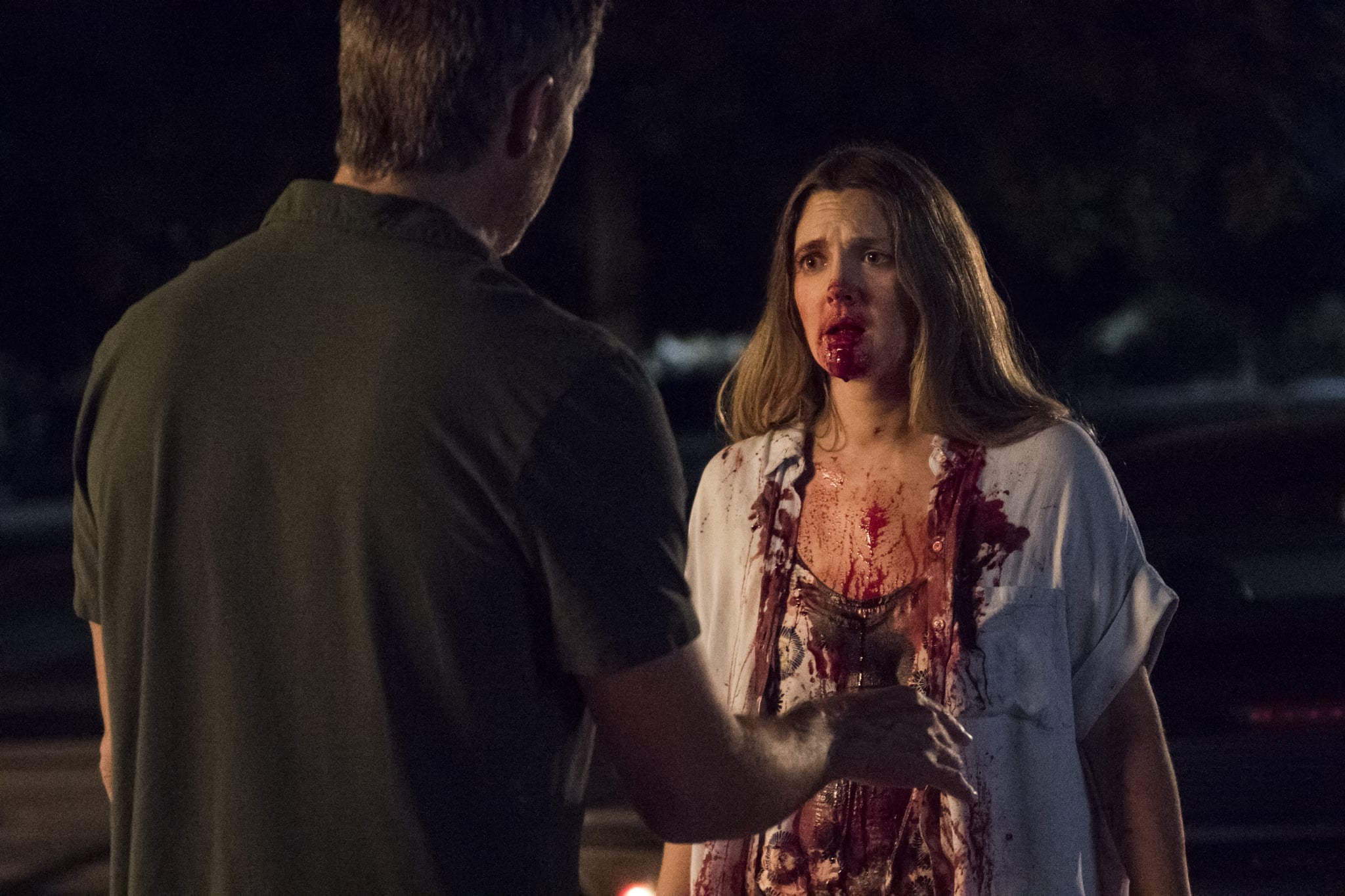 Netflix has debuted its new original series, Santa Clarita Diet, and it's a lot. The horror-comedy follows an average suburban family that has its world turned upside down when the matriarch (Drew Barrymore) becomes a member of the walking dead. With a newfound appetite for living people, Sheila Hammond is forced to feed on flesh, exposing her husband, Joel (Timothy Olyphant), and daughter, Abby (Liv Hewson), to the unsavory world of murder and cannibalism. Despite its dark themes, the show maintains its humor and comedy, leaving many people to wonder, just how graphic is it? (Warning: spoilers ahead!)

I'm not going to lie — the show definitely has its gross moments. For instance, when Sheila first transforms into a "zombie," she projectile vomits green goo all over the bathroom: ceilings, floors, walls — every surface is covered. The remnants hanging from her lips as she talks are particularly gag-worthy.

When she makes her first kill (a sleazy realtor played by Nathan Fillion), her husband finds her nose deep in his chest cavity, with intestines hanging from her mouth (this isn't a great look for her).

Most of her kills involve her attacking her victim from behind and biting directly into his jugular. Not great, but not too bloody either. The blood appears when she actually eats; it gets all over her hands, clothes, and face (bleach must forever be on their shopping list). Chiseling off pieces of a frozen corpse and blending it to make a smoothie also becomes the norm.

Finally, toward the end of the season, Sheila begins to physically deteriorate — an unexpected side effect of the virus. This causes her pinky toe to fall off, in addition to other little surprises.

Overall, the show is pretty gruesome. There aren't many ways to make eating people and chopping them up into little bits seem pleasant. However, the campy feel of the show paired with its comedic elements definitely make it more bearable. In case you're morbidly curious, here's a small list of our top five disgusting moments:

Jacob Elordi
Is Nate Secretly in Love With Jules on Euphoria? The Clue You Missed
by Hannah Resnick 2 hours ago