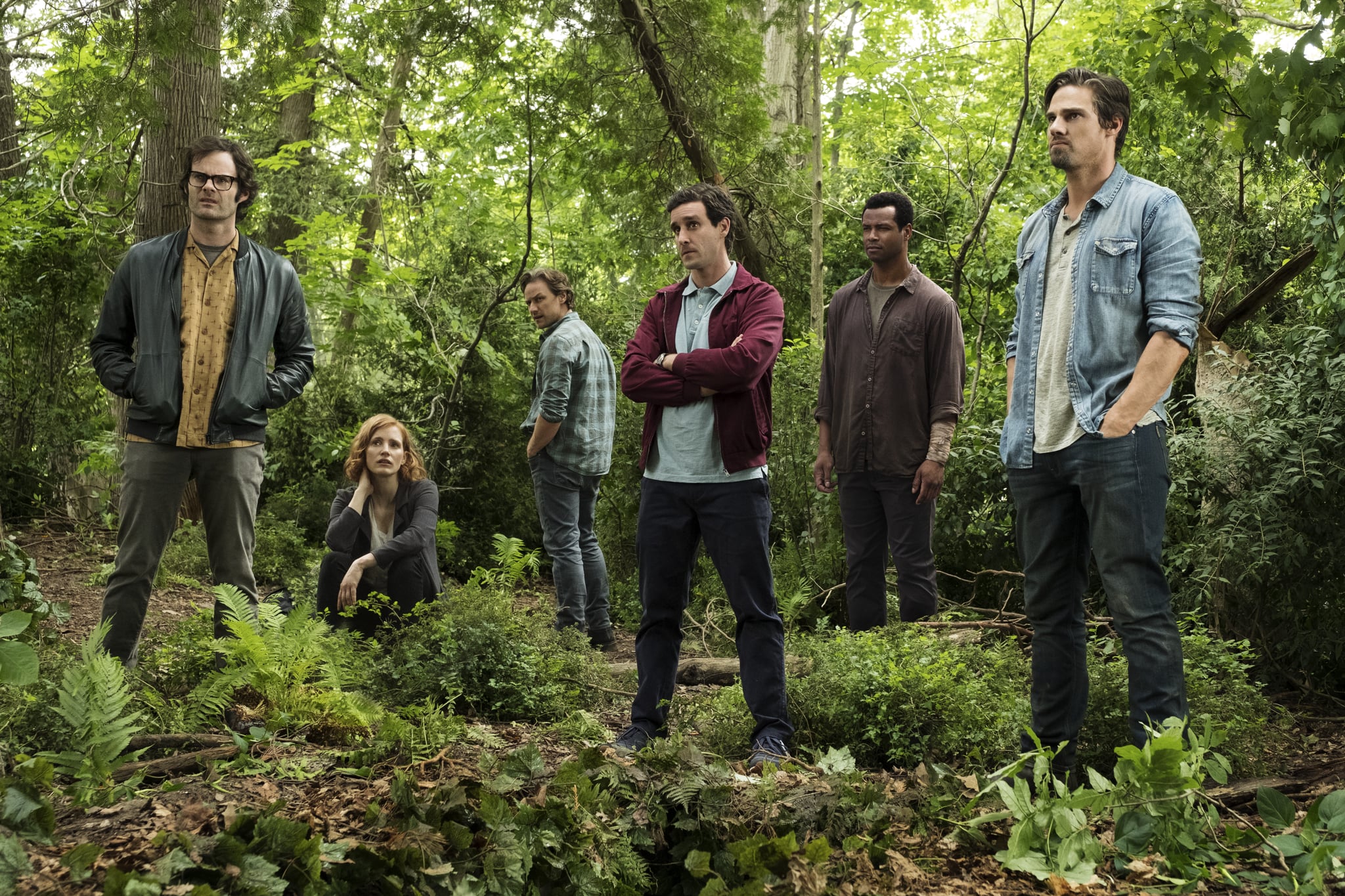 Brace yourself, because the sequel to 2017's It, aptly titled It Chapter Two, has inched into theaters. In addition to our building anxiety about seeing what torture the Losers Club will have to endure from the gloved hands of Pennywise this time around, we've luckily gotten our hands on a bunch of exciting details about the film you should know before checking it out. Like, the cast and the story for instance (oh, and a bunch of absolutely horrifying trailers). But what might interest you most right now is just how long of a movie It Chapter Two ends up being. Spoiler alert: very long.

While it's not quite as lengthy as Avengers: Endgame's three-hour run, the sequel is still going to require some strategic pee breaks. While speaking to Digital Spy, Muschietti said the film comes in at 2 hours and 45 minutes. Woof. That's a long time to see Pennywise's face on the big screen. However, according to the director, they ended up cutting out a ton of other elements from the sequel that would've made it even longer.

"A movie is very different when you're writing the script and you're building a story compared to what the final product is," Muschietti explained. "At the beginning, when you're writing and building the beats of the story, everything that you put in there seems very essential to the story. However, when you have the movie finally edited and it's 4 hours long, you realize that some of the events and some of the beats can be easily lifted but the essence of the story remains intact."

He went on to note that he couldn't make a four-hour movie since that would make people (and their bladders) "feel uncomfortable," and that the pacing in the finished product is far better. "Nobody who's seen the movie has had any complaint," he added. You'll just have to see for yourself now that It Chapter Two is in theaters.

Rupert Grint
All Your Questions About "Knock at the Cabin"'s Ending, Answered
by Amber Frost 11 hours ago

Movies
Cassie Lang Is Ready to Shake Up the MCU in this Exclusive "Ant-Man and the Wasp: Quantumania" Featurette
by Victoria Edel 14 hours ago