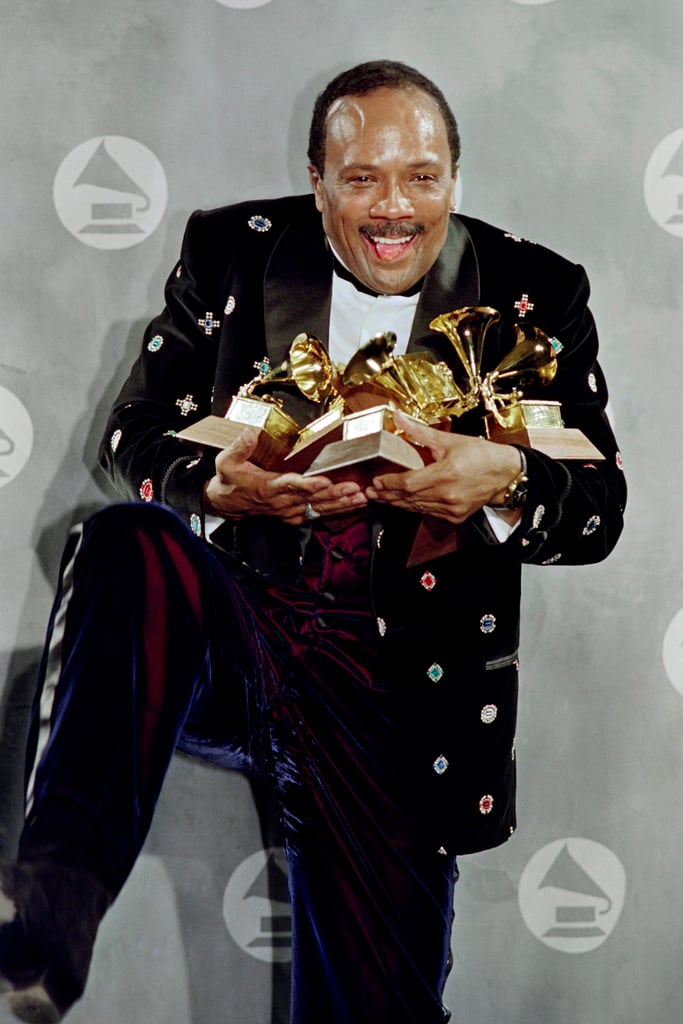 There's no other way to say this: Quincy Jones is the definition of a music legend. The producer and singer has worked in both the film and music industries and received huge accolades in both. Even if you don't realize it, your pop-culture tastes have probably been influenced in some way by something Jones had a had in. He produced Michael Jackson's iconic albums Off the Wall, Thriller, and Bad, and spearheaded the 1985 charity single "We Are the World" (and, as a bonus, he conducted the star-studded recording!).

Because of Jones's singular influence on pop culture, he's the subject of a new documentary, Quincy, directed by his actress-director daughter Rashida Jones. It's probably no surprise that Jones has won a slew of awards, including music's biggest prize, the Grammy Award — but how many has he won?

Jones currently is the second-most-decorated Grammy winner in the history of the award, with 27 wins. (The record for most wins is currently held by Georg Solti, with 31, but Jones does hold the record for most Grammy nominations, with 79 nods.) On its own, this is pretty impressive, but Jones also has smashed records in other arenas. He and songwriting partner Bob Russell became the first African-Americans to be nominated for the Oscar for best original song in 1968. In 1991, the Grammys honored him with a Grammy Legend Award, and he was inducted into the Rock & Roll Hall of Fame in 2013. We can't wait to hear about his groundbreaking achievements in his own words in Quincy (streaming on Netflix). Below, check out some of his winning moments throughout his career.