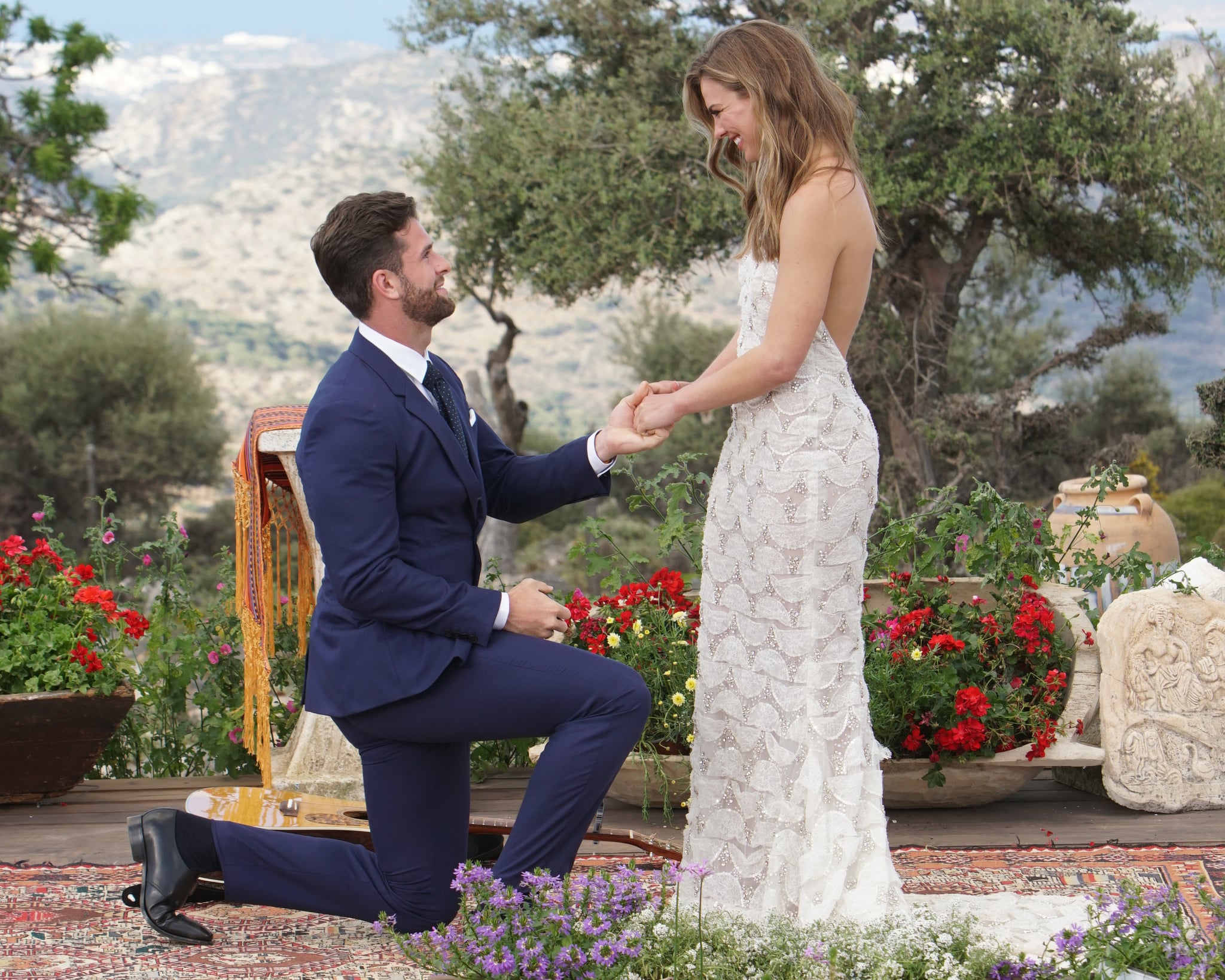 Do you try to predict the ending of The Bachelor and The Bachelorette? Well, good luck with that, because the only thing we ever know for sure is that Neil Lane will make a visit with stunning engagement rings. As you'd expect, these are no tiny diamonds we're talking about. We've seen all the ones the Bachelors have given and all the ones that the Bachelorettes have received, and they're typically huge and shine brightly even through our TV screens. So we can't help but to wonder, how much do the rings cost?

There have been a wide range of engagement rings on the franchise, so don't expect one to look like the next. The four Cs — cut, color, clarity, and carat — influence how much a ring costs, and it doesn't appear that ABC skimps on the budget.

Although Hannah Brown is no longer engaged, she did accept a proposal from Jed Wyatt during The Bachelorette finale. The three-carat oval-cut ring with 89 smaller diamonds around it might have been worth up to $80,000. Believe or not, that's not even the most over-the-top bling that has appeared on the show. Ben Higgins proposed to Lauren Bushnell with a ring that was reportedly worth $95,000. Although the two didn't last, it might be the most expensive ring in Bachelor history.

It doesn't appear that there is a budget for the engagement rings. Since 2009, when Lane became a fixture on the reality show, we've seen a range in ring price tags. They've all been blinding in the best way possible, and we don't know too many people who would snub their nose at a $50,000 ring over a $75,000 one.

Luckily for the proposer, they don't have to take care of the bill for the engagement ring. However, it's unclear if ABC pays for it or Lane donates the ring for the publicity. Either way, at least the engagement isn't starting out with gigantic debt hanging over their heads.