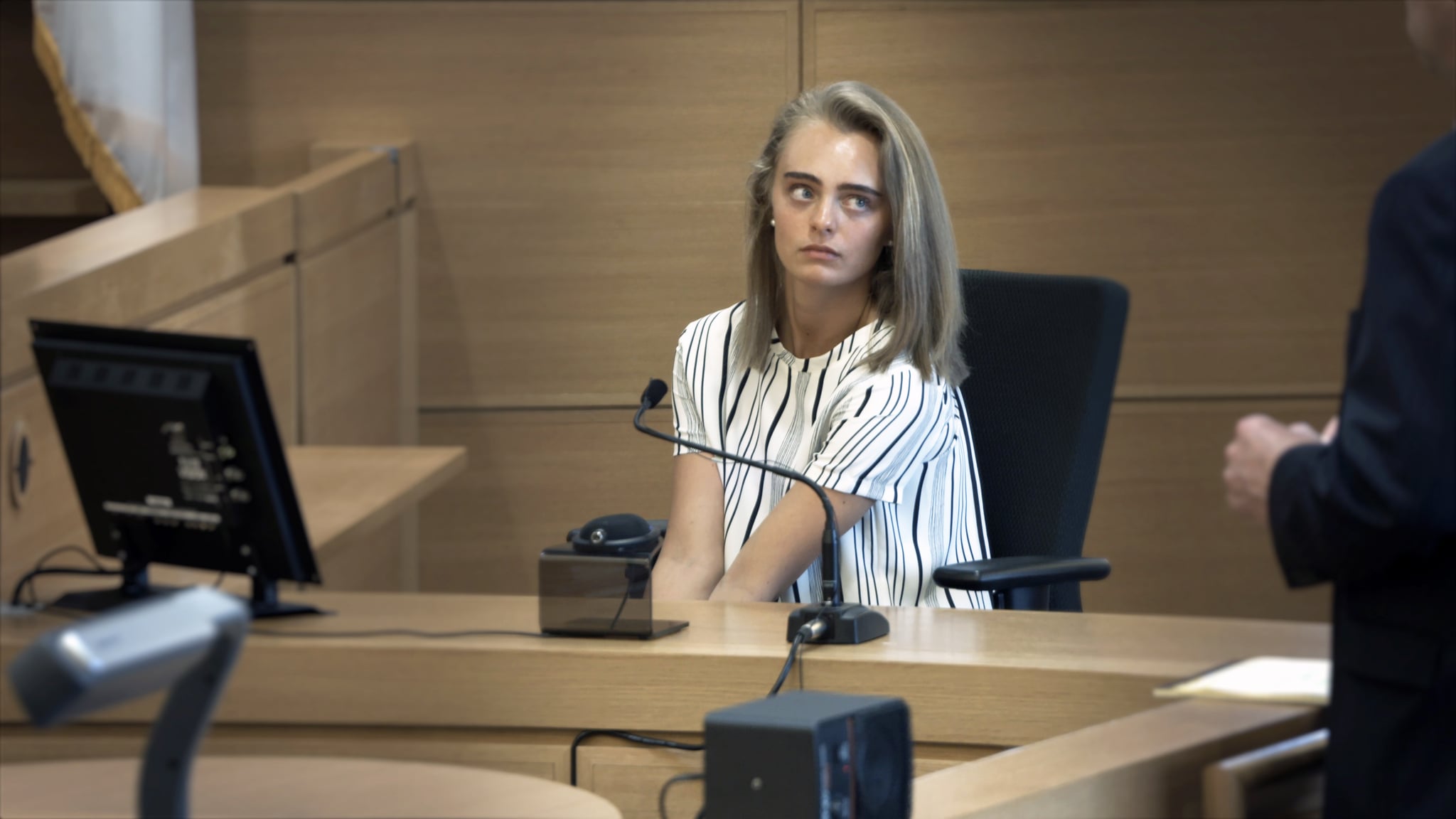 HBO's new true crime documentary I Love You, Now Die focuses on one of the most controversial manslaughter cases in recent history. In July 2014, 18-year-old Conrad Roy died by suicide. During his final hours, Roy exchanged dozens of text messages with his long-distance girlfriend, Michelle Carter, then 17, in which she encouraged him to follow through with his plan to end his life by filling his car with carbon monoxide. In 2015, Carter was indicted on charges of involuntary manslaughter; the case garnered national attention and sparked a complex debate over whether words can truly lead to someone's suicide. Before you watch the documentary, here's everything you need to know about Roy, Carter, their relationship, and the trial.

Who Is Conrad Roy?

Roy, who grew up in Mattapoisett, MA, was a model student and athlete. In high school, he was a member of the tennis and crew teams and graduated with a 3.88 GPA just one month before his death. But although Roy was high-functioning, he had a long history of mental illness, including depression and social anxiety. He was on antidepressant medication and had previously attempted suicide.

Although Roy and Carter considered themselves boyfriend and girlfriend, their relationship mainly consisted of digital communication, and they only actually saw each other in person several times. Roy met Carter in Florida in 2012 when they were both visiting relatives. The pair bonded over their shared mental health struggles and began communicating through text messages. Although Carter initially urged Roy to seek psychiatric treatment for his suicidal thoughts, her advice shifted dramatically in July 2014. At that point, she began urging him to take his own life and even offered to help Roy carry out his suicide.

Who Is Michelle Carter?

Carter also had a long history of depression and had been treated at a psychiatric hospital for a severe eating disorder. Although she was involved in extracurriculars and had several friends at school, Carter struggled socially because, as these friends testified during her trial, she often inundated them with text messages about very personal details of her life.

She particularly sought the attention of Samantha Boardman, a classmate who said she tried to help Carter with her eating disorder although they rarely spent time together outside of school. Boardman testified that when she didn't immediately respond to Carter's texts, her classmate would begin "repeatedly" sending her messages. In one exchange, Carter told Boardman that she was "having a mental breakdown" and needed to "get that knife out of my house."

As depicted in the documentary, Carter was obsessed with the TV series Glee, along with its stars Lea Michele and the late Cory Monteith. (Michele and Monteith were a couple both on screen and in real life.) In a strange and disturbing detail, it was discovered that some of Carter's text messages to both Roy and her friends were direct quotes from Glee and Michele herself. Monteith died in July 2013 from a heroin overdose, leading some to speculate that Carter wanted to play the role of grieving girlfriend in an effort to get attention and sympathy from her classmates.

"When Lea Michele's boyfriend died, she was able to grieve, and everybody looked up to her and said, 'You're doing such a good job.' Potentially, I'm not certain, but what if Michelle Carter was like, 'Maybe that could be me,'" I Love You, Now Die director Erin Lee Carr told USA Today.

How Did Conrad Roy Die?

In the two weeks leading up to Roy's tragic death, text messages show that Carter repeatedly encouraged him to kill himself. On July 12, 2014, Roy drove to a Kmart parking lot in Fairhaven, MA, and began filling his truck with carbon monoxide. Roy and Carter exchanged dozens of text messages that day, beginning in the early morning hours. "Go in your truck and drive in a sparkling [sic] lot somewhere, to a park or something," Carter wrote in a text that morning.

Throughout the day, Roy expressed hesitation about the plan and concern about how his family would cope — but Carter continued to urge him to end his life. "You're ready and prepared. All you have to do is turn the generator on and you bee [sic] free and happy. No more pushing it off, no more waiting," another text read. Carter also assured Roy that she would "take care of" his family. They continued to text when he arrived at the parking lot and also spoke on the phone twice; there is no recording of these calls, so it remains unclear what exactly was said.

Roy ultimately died by suicide that evening; the cause of death was carbon monoxide poisoning, and he was found dead in his truck the following day.

In February 2015, a grand jury indicted Carter on charges of involuntary manslaughter. Her trial was scheduled for June 2017, and the day before it began, Carter waived her right to a jury trial. This meant the verdict would be decided by Judge Lawrence Moniz. Carter's lawyers, Joseph Cataldo and Cory Madera, argued that Roy had a history of suicide attempts and the final decision was ultimately his own. They also pointed to previous conversations between the two in which Carter encouraged Roy to get psychiatric treatment and attempted to talk him out of the idea of dying by suicide.

The defense also called psychiatrist Dr. Peter Breggin, who testified that Carter's antidepressant Celexa negatively impacted her impulse control. Breggin said Carter became "involuntarily intoxicated" by the medication in the days leading up to Roy's death; the prosecution argued that her aggression began before the involuntary intoxication that Breggin spoke of.

Prosecutors argued that Carter urged Roy to take his own life so she could get the attention she so desperately craved. A key piece of evidence in the prosecution's case was a text message that Carter sent to Boardman several months after Roy's death. "Sam his death is my fault like honestly I could have stopped him I was on the phone with him and he got out of the car because it was working and he got scared and I f*cking told him to get back in," Carter wrote.

On June 16, 2017, Moniz found Carter guilty of involuntary manslaughter. He also provided an explanation for how and why he reached this verdict, stating that it wasn't the text messages that led him to find Carter guilty. Rather, Moniz said the pair's last phone call (as recounted to Boardman), in which Carter told Roy to get back in the car, was what ultimately made her culpable for his death from a legal standpoint. Because there is no recording of this phone call, the defense argued there's no proof that Carter actually said these words to Roy. Others, including Carr, are also skeptical because Carter reportedly had a history of lying, exaggerating, and making contradictory statements.

Carter appealed the verdict and was allowed to remain free for two years until all state appeals had been exhausted. Her conviction was upheld, and in February she began serving her 15-month sentence. On July 8, Carter's lawyers filed a petition asking the Supreme Court to review the case. Her lawyers contend that the conviction was a violation of her First Amendment right to freedom of speech.

The Supreme Court hasn't yet decided whether it will hear the case — but regardless of the outcome, Carter's case has caused significant controversy over First Amendment protections and whether words can cross the line from immoral to illegal.

Annie Murphy
No Longer a Little Bit Alexis: Annie Murphy's Kevin Can F*ck Himself Character Is Wild
by Grayson Gilcrease 18 hours ago