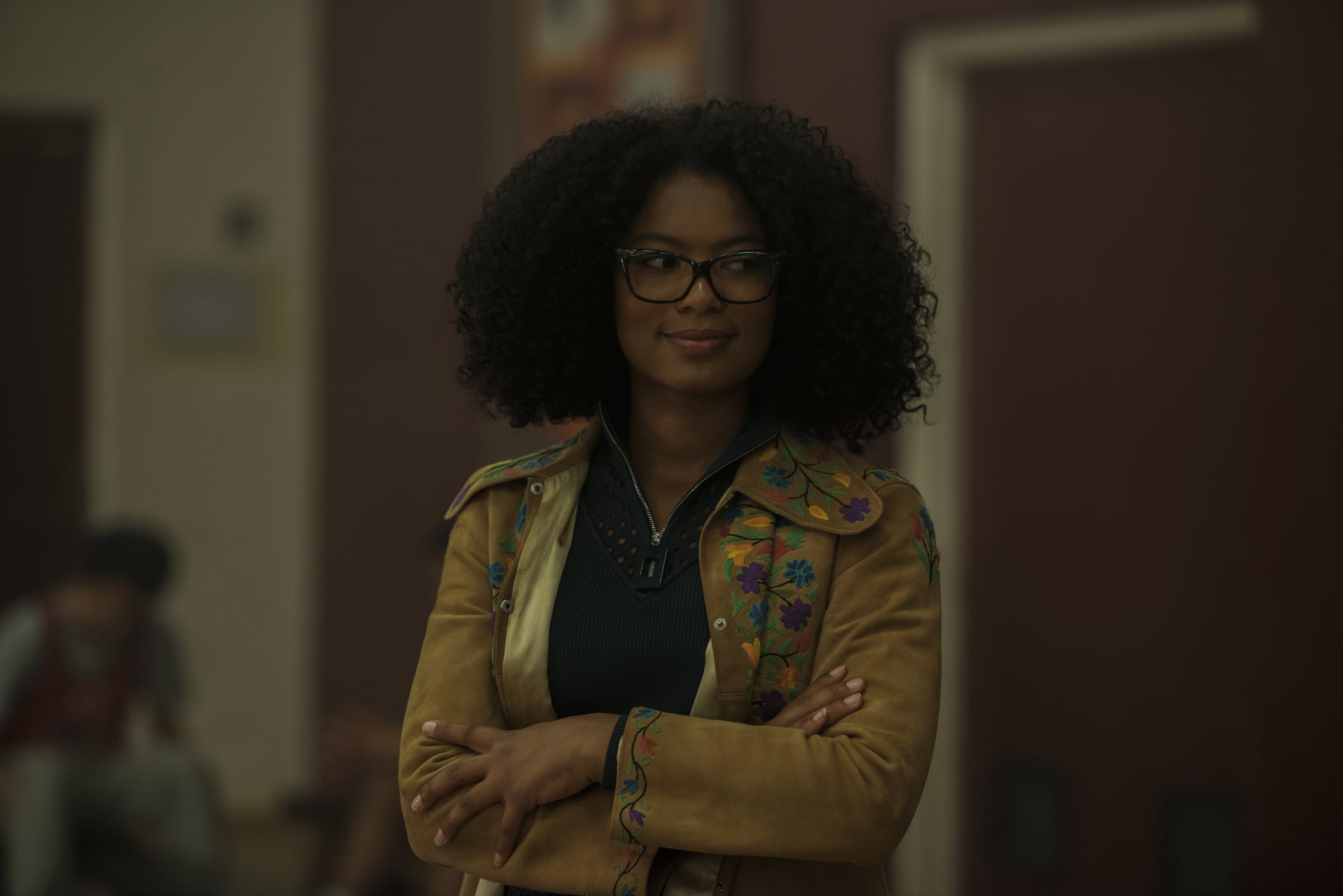 If there's anything we've learned since Netflix's wicked hit Chilling Adventures of Sabrina came around last year, it's to love a supernatural woman on the rise. And while fans have flocked to the streaming site's dark take on everyone's favorite blonde witch (based on the Archie comic book series of the same name), part two of the series shines a spotlight on one of the other "cunning" young women shaking things up in Greendale: Ms. Rosalind Walker.

"There are a lot of changes between Roz in the beginning and Roz at the end of part two," actor Jaz Sinclair told me recently, as we chatted about the show's second season. "She's a lot more open-minded now! Like in season one, when Sabrina asks her to do the séance with her, Roz is like 'Hell no!' But then, as time goes on, Roz gets more and more involved in the witching world. That's really cool for me because I love the magic part of it and I'm definitely trying to be as much a part of it as I can."

"I'm glad that the mortals' storyline continued to develop because I think it grounds the show."

To be fair to Roz, there aren't many people who would be gung-ho about joining their friend in a séance to ask their dead mother about the secrets surrounding her demise. There are some things that girl code just doesn't account for. But that changes when the high schooler learns a startling truth about herself: she has the gift of premonition called "the cunning." In part one of CAOS, Roz's Nana Ruth explains that their family was cursed for crossing a witch generations ago. Now the Walker women are gifted with visions of the past, present, and future. Talk about skeletons in the family closet!

But Sinclair embraces all the supernatural elements that come with her character's cunning, especially in part two. "It's crazy to me because we only shot it over nine months, but it's a lot of character growth! I think people are gonna like it. We got to do some really fun stuff in the second run and I think people are going to be surprised on so many levels."

Related:
Something Wicked This Way Comes With 2 More Seasons of Chilling Adventures of Sabrina

Surprised is an understatement — although Sabrina attempts to immerse herself in the dark side of her witch-hood by leaving behind her mortal friends, we still get to see how Roz, Harvey, and Theo (formerly Susie) fare at Baxter High. As Sinclair notes, "I'm glad that the mortals' storyline continued to develop, because I think it grounds the show."

And what are some big mortal developments that occur early in part two? Big spoiler alert here — in the span of three episodes, Roz completely loses her vision and begins a blossoming relationship with Harvey Kinkle. Yes, the ex-boyfriend of Roz's best friend Sabrina, played by Ross Lynch. 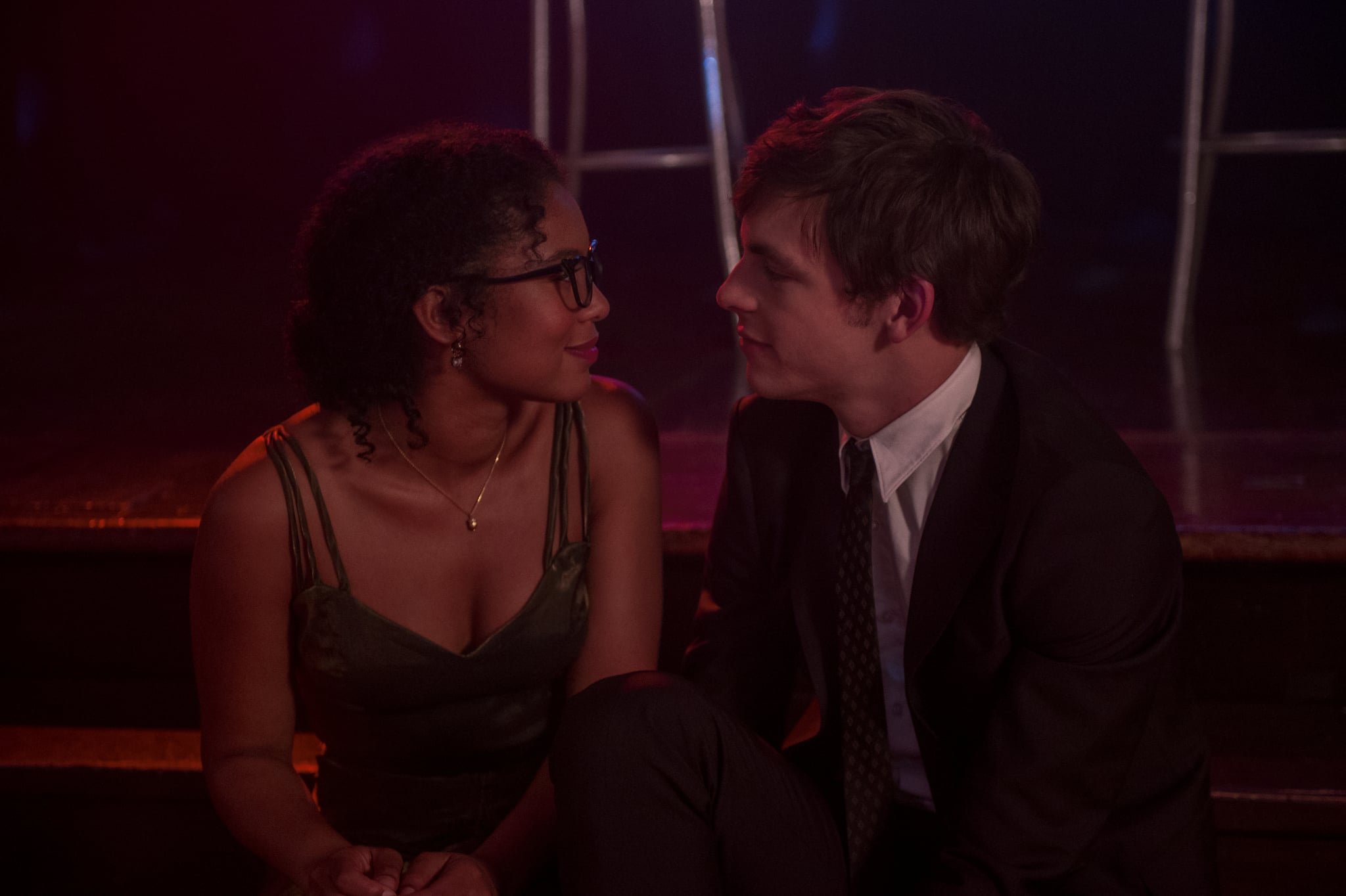 "When I read the script, I was like 'Oh. Sh*t!' I was not expecting that at all," she admits, laughing. "But I like the way that they did it. I like that Roz gets the vision of it way before it starts to take off and she's like 'What the f*ck does this mean? You're my friend, why did we just kiss in my brain?' I like the way that they wrote it, because it's just really endearing and sweet. They could have easily written it like, 'Roz is after Harvey or Harvey's just looking for a rebound.' It didn't feel like either of those things, which feels good. If I'm going to get a love story, let it be a good one!"

"Because Ross and I are so close, they were like 'This sh*t's cute. We gotta write more of this!'"

Truly, they are pretty cute. The chemistry between Sinclair and Lynch practically jumps off the screen, which is why she believes they were given more than just a throwaway rebound line. "I suspect that they wrote Roz and Harvey's relationship initially not planning on it having longevity," Sinclair mused. "And then, because Ross and I are so close, they were like 'This sh*t's cute. We gotta write more of this!'"

"We'll see where it goes, because it's interesting to see them market it as a love triangle [between Harvey, Sabrina, and Nicholas Scratch], because when you watch it, it's really not like that," she added. "I think they'll keep writing them together — at least for a while. But I also think that people are going to really like watching them. Even if it does go back to Harvey and Sabrina, there's still gonna be that part of fans that is still thinking about how cute Roz and Harvey were!"

With her new bae by her side, Roz then has to deal with her sudden blindness as well. "They gave me a really good storyline this time around and it definitely took a lot of digging. The romance with Harvey didn't take as much digging, but the blindness arc involved a lot of research," Sinclair revealed. "I had to really figure out how I would handle it if I were going blind as a teenage girl. What does that feel like, or look like? I just tried to really honor the emotions of somebody who might lose their vision." 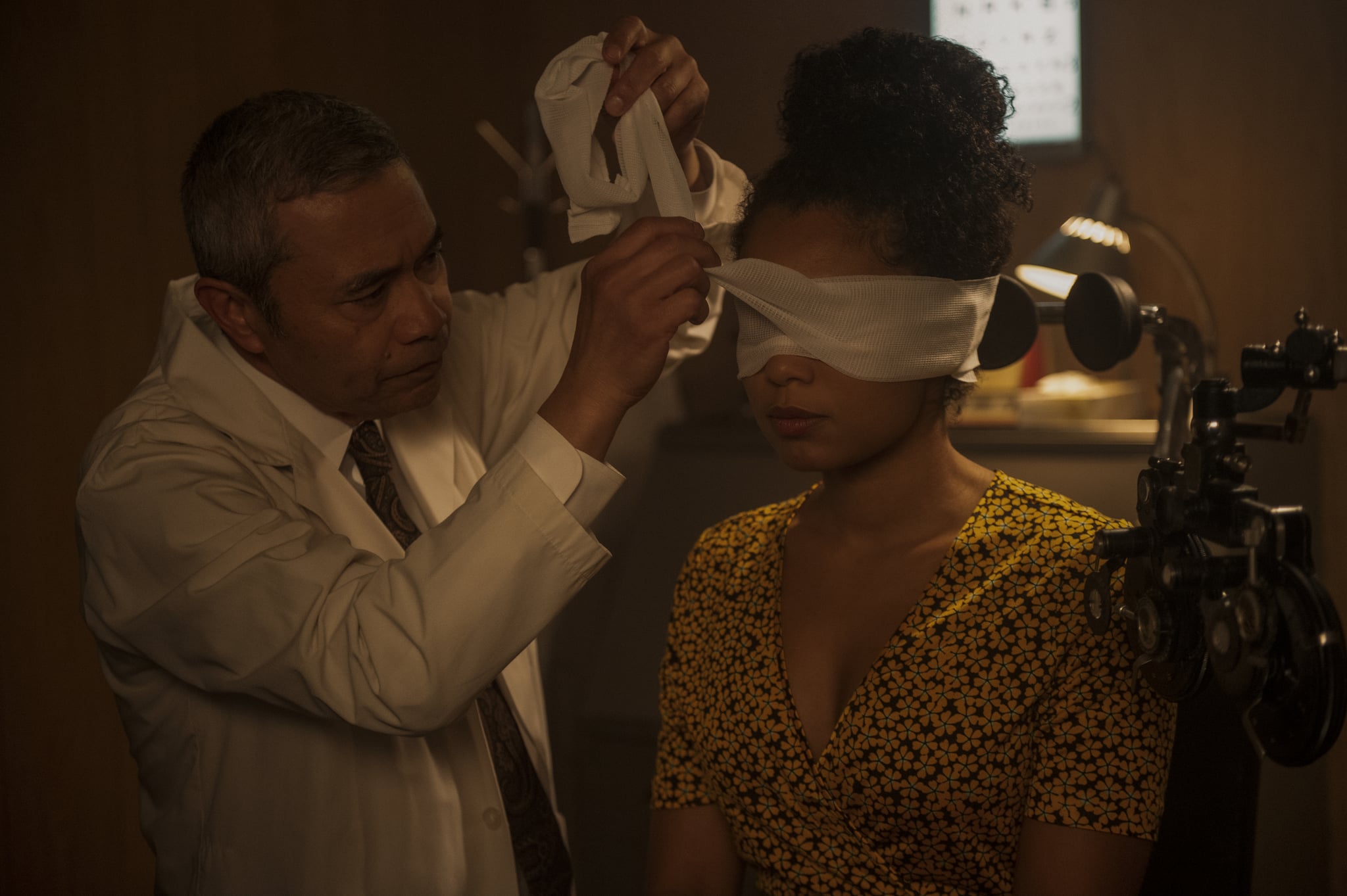 "That arc gets really intense. . . [it] gets really beautiful and painful. There's just so much cool stuff that happens with that, her visions, and all the magic. I got a lot to play with this season, which was really cool," she added. As such, fans will get to see a lot more of Roz's home life in CAOS part two, especially "Papa Walker," Greendale's minister. But if there was one more thing that Sinclair would love for Roz to have, it's definitely a house.

"All I have is a kitchen! When we're filming, everyone has a bedroom and then I have the Walker house kitchen," she points out, laughing. "I think Lisa Soper [CAOS's production designer] is actually designing a room for Roz now, which is gonna be awesome. I've never had a character have a room that I'm in for a long period of time. I really hope Roz gets a cool room!"

Honestly, same. Considering how brash and empowered the high schooler has been since her first appearance on the series — and her flawless sense of style — I can only imagine how boss her room would be. And aside from all the witchy goodies that Sinclair loves or the surprise romance that is rapidly catching fans, the actress is just grateful to be working on a show like CAOS.

"We grew up with such few examples of strong or interesting women on TV. You're either the hag, the sex object, or the mom and nothing in between. And it was never our stories — our parts were written to service the men or written too simply when we're so complex," she said. "I think having a show like this, where any table read is like 75 percent women, and it's such a bomb ass show that's mostly women, is so cool. Especially with a show full of interesting, complex women. We're all totally different. It's such an honor."

But what if she were to manifest some things for Roz (which she says she's very good at, swearing she manifested her character's cunning in part one) in the upcoming seasons? "I definitely want more love for her. More witchy stuff. And a room. That's pretty much everything I could ask for."