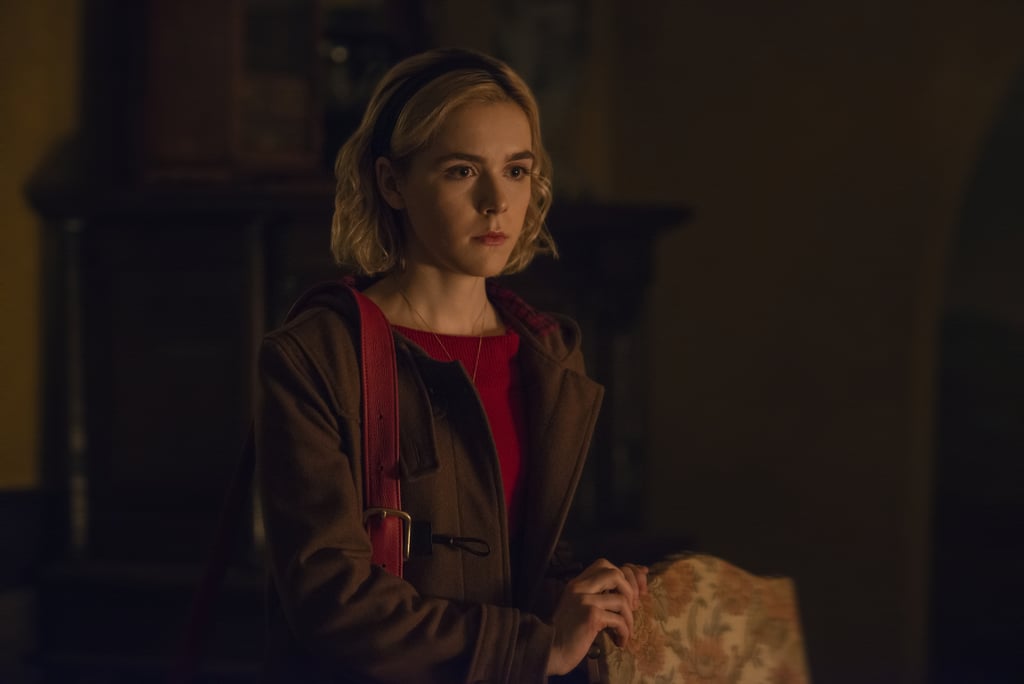 It's been a whirlwind few months for Chilling Adventures of Sabrina, which only dropped on Netflix in the final week of October. In the short time since, the show announced the arrival of part two (which Netflix had technically signed up for from the get-go), and then revealed some even bigger news: it's all systems go for parts three and four. And we haven't even mentioned the holiday special, which incorporated a creepy Icelandic legend, a lovely mother-daughter reunion, and an uncanny young Sabrina. Whew, what's a lot to handle all at once.

Now that we've had a chance to catch our breath, we can focus on the task at hand: part two. Luckily, we have all kinds of titillating details about the next chapter in Sabrina's magical life. How will she navigate the mortal world? What will become of her breakup with Harvey? We have way too many questions that need answering. Let's take a look at the hints and leads we have so far.