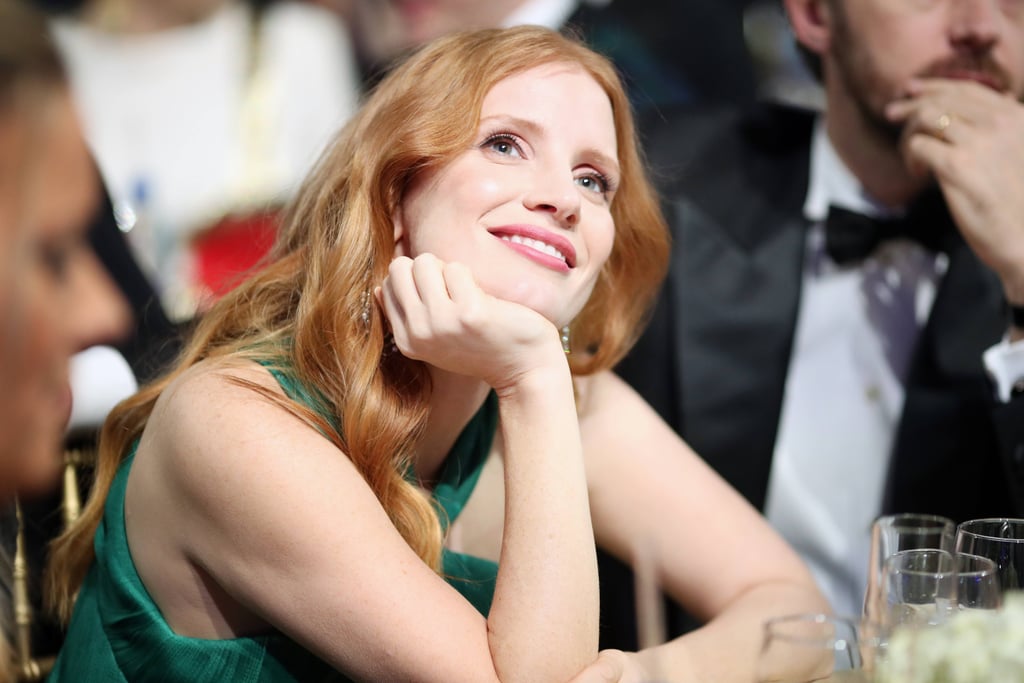 It was reported back in May 2018 that Jessica Chastain would be starring in an all-female spy thriller called 355 alongside other Hollywood heavy-hitters like Lupita Nyong'o, Marion Cotillard, Fan Bingbing, and Penélope Cruz. Needless to say, we were pumped AF, and now Chastain is asking for help rounding out the stacked cast — specifically with hot guys.

On Wednesday, the actress — who has also been busy filming the upcoming It sequel — tweeted out a desperate plea to fans: "If you were going to make an ensemble female action movie and you needed a #BondBoy who would you cast? Asking for a friend. #eyecandyneeded." While it isn't totally clear from Chastain's tweet if she's looking for eye candy for 355 or another onscreen project, it truly didn't matter to the Twitter users who followed up with their suggestions. From handsome new faves like Henry Golding and Charles Melton to classic heartthrobs like Idris Elba and Chris Hemsworth, the thirst was very real. Keep reading to see Chastain's social media casting call, as well as the best responses.