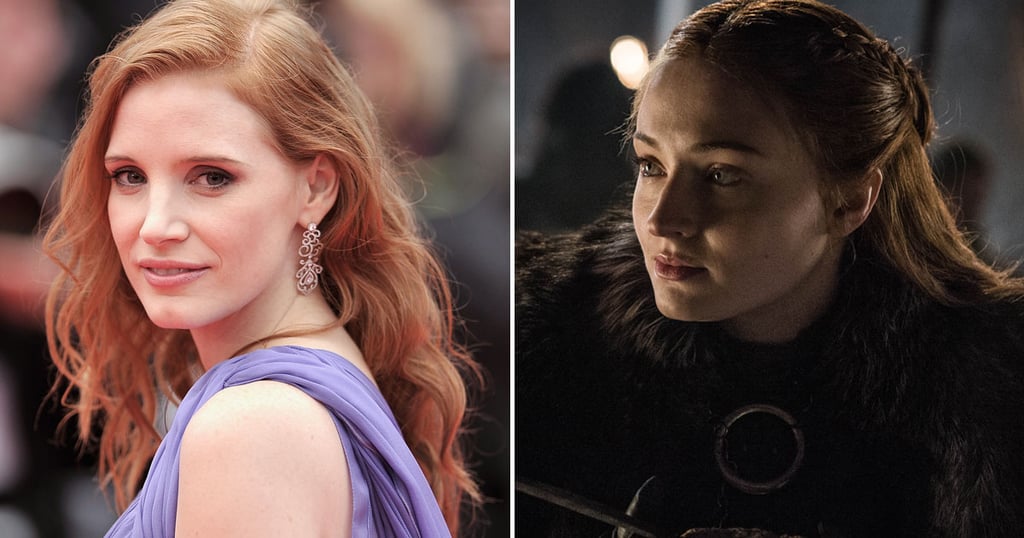 Jessica Chastain has a bone to pick with Game of Thrones writers and showrunners David Benioff and D.B. Weiss, and we have to say, we agree with her.

The HBO series has never shied away from general violence onscreen, but its continued fumbling of repeatedly foisting sexual assault, rape, and other forms of trauma upon its female characters has drawn criticism essentially since the show's inception in 2011. During season eight's fourth episode, "The Last Stark," which aired on Sunday, these criticisms began to bubble back up after a deeply frustrating conversation between Sansa (Sophie Turner) and Sandor Clegane (Rory McCann).

In it, Clegane (aka The Hound) makes a crude comment about how Sansa was raped by Ramsay a few seasons earlier. She keeps a level head, responding (with pride) that her former husband "got what he deserved" after she fed him to his own hounds as revenge. She also seems to credit the abuse she's endured for her personal growth, saying, "Without Littlefinger and Ramsay and the rest, I would've stayed a little bird all my life."

Chastain, who happens to be Turner's costar in the upcoming X-Men film Dark Phoenix, voiced her frustrations with the piece of dialogue after the episode aired on Sunday evening. "Rape is not a tool to make a character stronger," she tweeted alongside a GIF of Turner on the Iron Throne. "A woman doesn't need to be victimized in order to become a butterfly. The #littlebird was always a Phoenix. Her prevailing strength is solely because of her. And her alone."

The 42-year-old actress's impassioned response to the episode has received plenty of support on Twitter, which you can look through ahead.

Stranger Things
"Stranger Things"'s Caleb McLaughlin on Racism From Fans: "It Definitely Took a Toll on Me"
by Chanel Vargas 4 hours ago

Hulu
The Men of "Reasonable Doubt" on Having "Fully Realized" Roles: Everyone Gets "a Chance to Eat"
by Njera Perkins 7 hours ago

Netflix
"Love Is Blind"'s Natalie Addresses the Drama With Shaina and Shayne: "It Was Really Hurtful"
by Njera Perkins 10 hours ago