Game of Thrones actor Liam Cunningham (aka Ser Davos Seaworth) sat down with Conan O'Brien on Thursday night, where in addition to joking around about how serious HBO takes its spoilers, he was also kind enough to show a clip from the upcoming season. In it, Ser Davos, Ghost, and a few members of the Night's Watch are valiantly protecting Jon Snow's extremely dead-looking corpse from everyone who betrayed him. We're still holding out hope that he'll come back in one way or another (Melisandre, where you at?), but until season six premieres, we'll just have to continue listening to the cast dodge any and all questions about it. See the clip above (as well as a shot of his seriously pale body below), and check out one of the most compelling theories about Jon Snow's fate that's emerged so far. 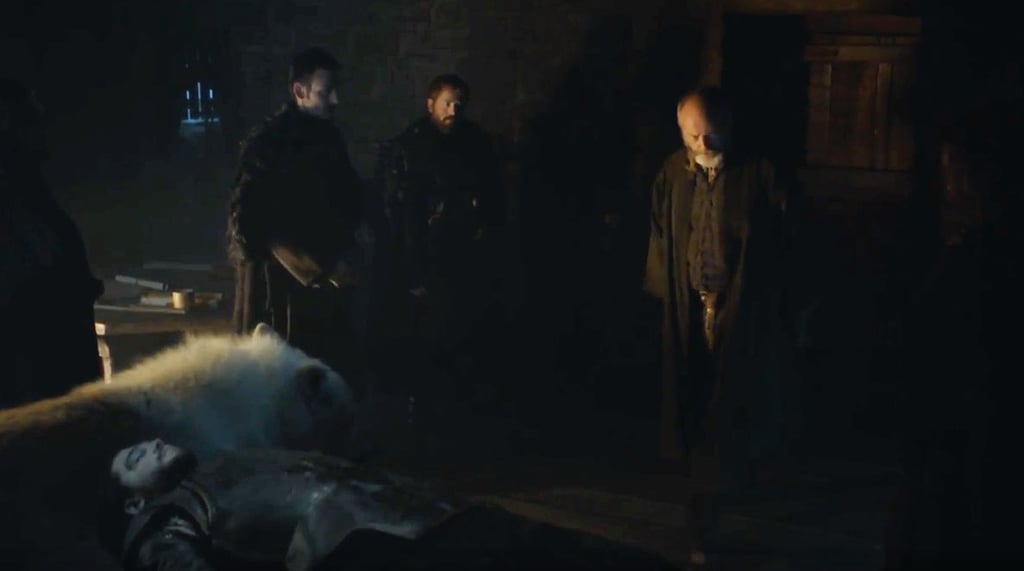