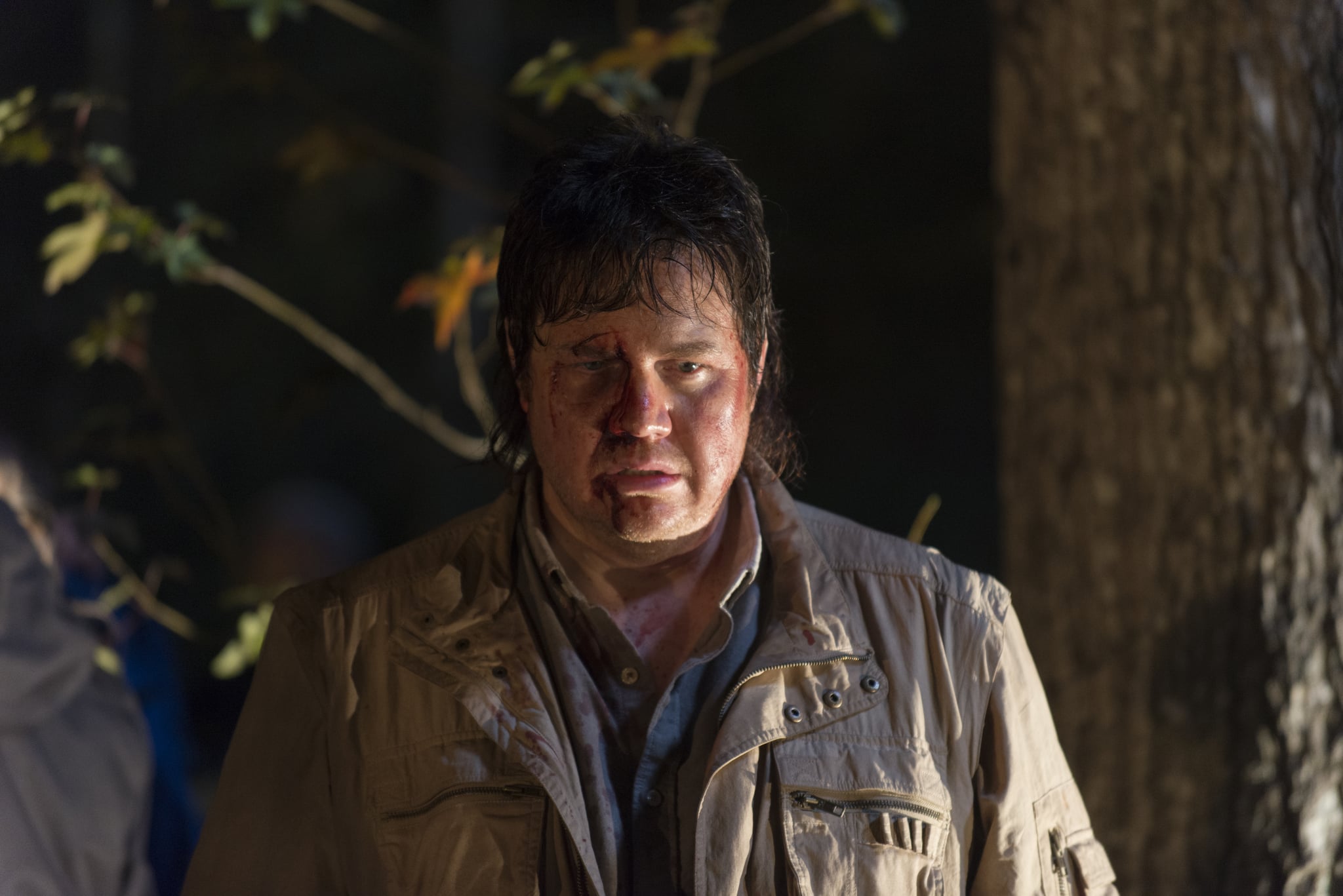 The Walking Dead universe is a mess right now. Negan has killed off two very important characters in the most brutal fashion imaginable — and with such flair! — while our heroes have been separated. We haven't seen Eugene since the bloody premiere, and we really don't know what will become of him. We tried to squeeze spoilers out of actor Josh McDermitt, and managed to get some tidbits. While you're waiting to finally get a look at Rick and his people, read up on what's next for Eugene.

Related:
The Single Most Frustrating Thing About The Walking Dead

POPSUGAR: Eugene has such a complex relationship with Abraham, how are we about to see him affected by Abe's death?

Josh McDermitt: It's devastating, not just for him, but the entire crew. We didn't just lose Abraham . . . we lost Glenn as well. [Eugene] was traveling with Glenn for a while when he first met up with Glenn and Tara. The whole group had been separated during season four, and Glenn was kind of the first person within Rick's group to vouch for Eugene and his group, so I think losing both of them is just devastating. Also, at the end of last season, Eugene was really stepping up, he told Abraham he was a "survivor," that he was kind of a new man and he didn't necessarily need his services anymore, meaning, he didn't need his protection, but he certainly wanted to work side-by-side with him. That's gone, and I think when you make plans and then those plans get altered, maybe you dream a little bit like, "Oh, we'll sit on a front porch swing and sip lemonade and talk about all these walkers that we killed," and that's never gonna happen now and it's just very devastating for him. He's having to pick up the pieces and figure out who he is as a person, and if he is indeed a survivor still and what that looks like living in this new world.

PS: We had finally started to see him putting his skills to use and using his brain for the good of the colony, are we gonna see him utilizing those talents again, or is it just back to square one?

JD: I really think it's back to square one more than anything. He's a smart guy, he's gonna figure it out, but I think it's gonna take a minute for him to figure out what his role is in this new world. This was an extremely devastating thing that happened to him; it wasn't just a traveling companion, I think he really looked at Abraham like a brother. We don't know much about Eugene pre-apocalypse, but my guess is he didn't have a lot of friends in the physical sense. Most of them were maybe in the virtual world or you know, online and that sort of thing. This was a very close relationship that he had with someone, and I think it would devastate anybody. I take it back, he may not go completely to square one, but he's certainly going backwards to a point that he was before he was a survivor . . . it's gonna take a while, it's gonna be a real struggle for him.

PS: You mentioned that we don't know much about his past, is that something that you think about when you're playing Eugene, like, do you come up with a backstory for him?

JD: It is discussed a little bit in the comics, and we're doing a version of that. There's certainly a backstory that I've come up with and I've asked Scott [Gimple, The Walking Dead's producer] about it and shockingly, they were pretty similar. I don't know if we'll ever see anything in terms of a flashback or anything on the show. I don't know that the show likes to do those sorts of episodes very often, unless you're trying to figure out who a character is and I think at this point, we really know who Eugene is. He's the guy that represents what so many of us would be in the apocalypse: scared and hopeless without a lot of skills to offer a group. It would be cool if we saw glimpses of [his background]. I imagine Eugene eating a bag of potato chips, sitting on a couch, really doing nothing. 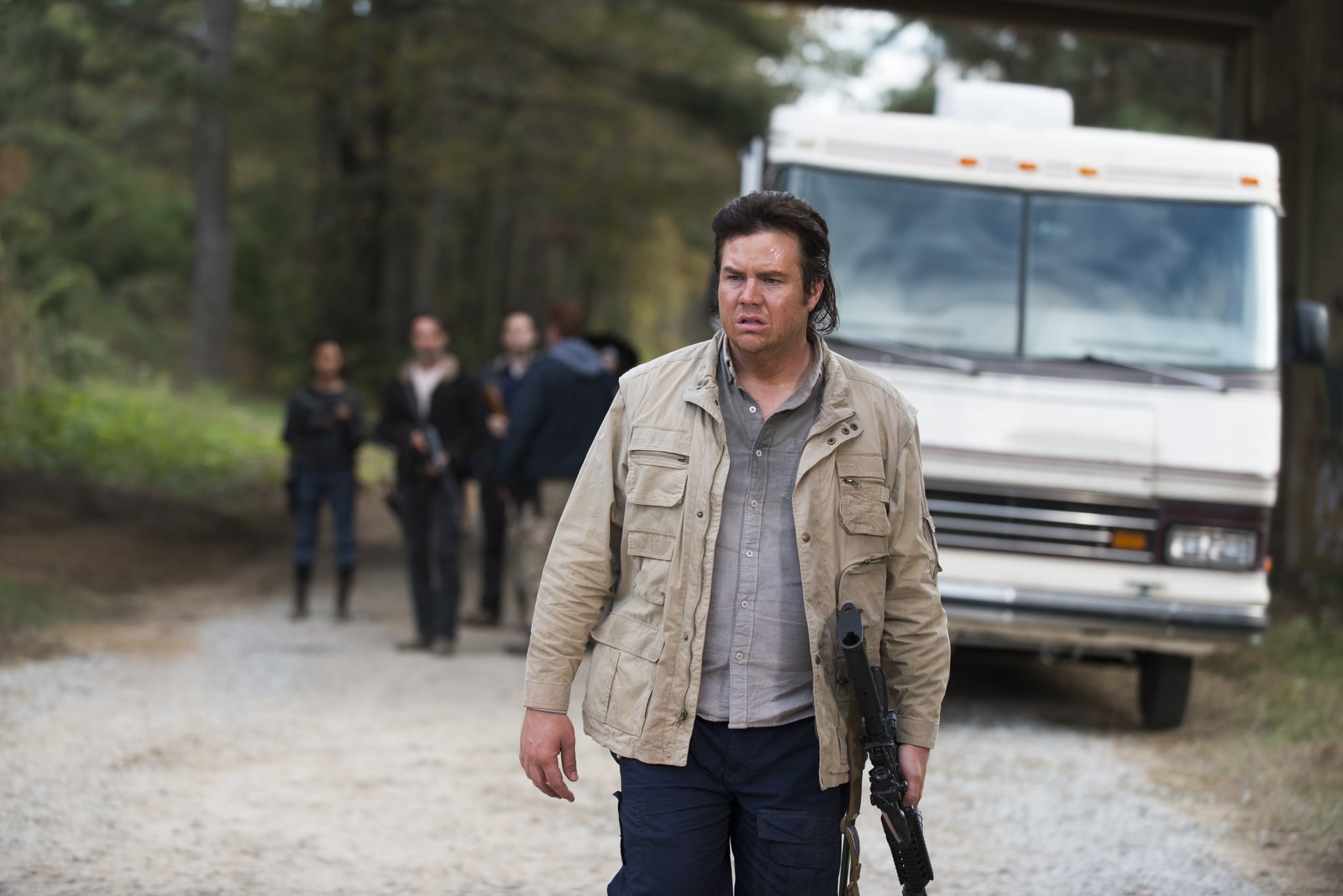 PS: Are we going to see Eugene have any direct contact with Negan?

JD: Well, Negan is very much a part of our world and our universe and our community now . . . I will definitely say Eugene is in Alexandria and Negan definitely shows up to Alexandria. I'll just leave it at that.

PS: It seems like a struggle for him to even make the most basic genuine connection with people, and he's made some good friends over the course of the show, but are we going see him take that further and get a romantic interest?

JD: That's something that a lot of the fans ask me. I'm thinking, as girl-crazy as Eugene is, that is probably the furthest thing on his mind right now in terms of what is his life going to look like. He's trying to figure out who he is as a person after the death of his closest friend, and anything romantic is definitely then put on the back burner. He's got a couple special suitors in his back pocket, he just needs to find a time to hit on them. Which, honestly, whether or not he ends up in a relationship, I would love it if Scott writes some more flirtatious Eugene scenes because I would get a kick out of that to see if someone like Eugene has the complete confidence to berate a woman into loving him.

PS: Please, let it happen for us.

JD: You know, there are people who get into a relationship on this show and then they get killed, and I wouldn't necessarily like that. I'm OK with Eugene continuing to get shut down.

JD: Yeah, well, yeah, he works as his own wolf pack.

PS: Well, I'm glad Eugene's kind of found his place, I've got my fingers crossed that he could have a good season.

JD: I hope he is the last man standing, but we'll find out.

Related:
What Happens in the Walking Dead Comic Books After Negan's Brutal Entrance
Image Source: AMC
The Walking DeadTV
Around The Web