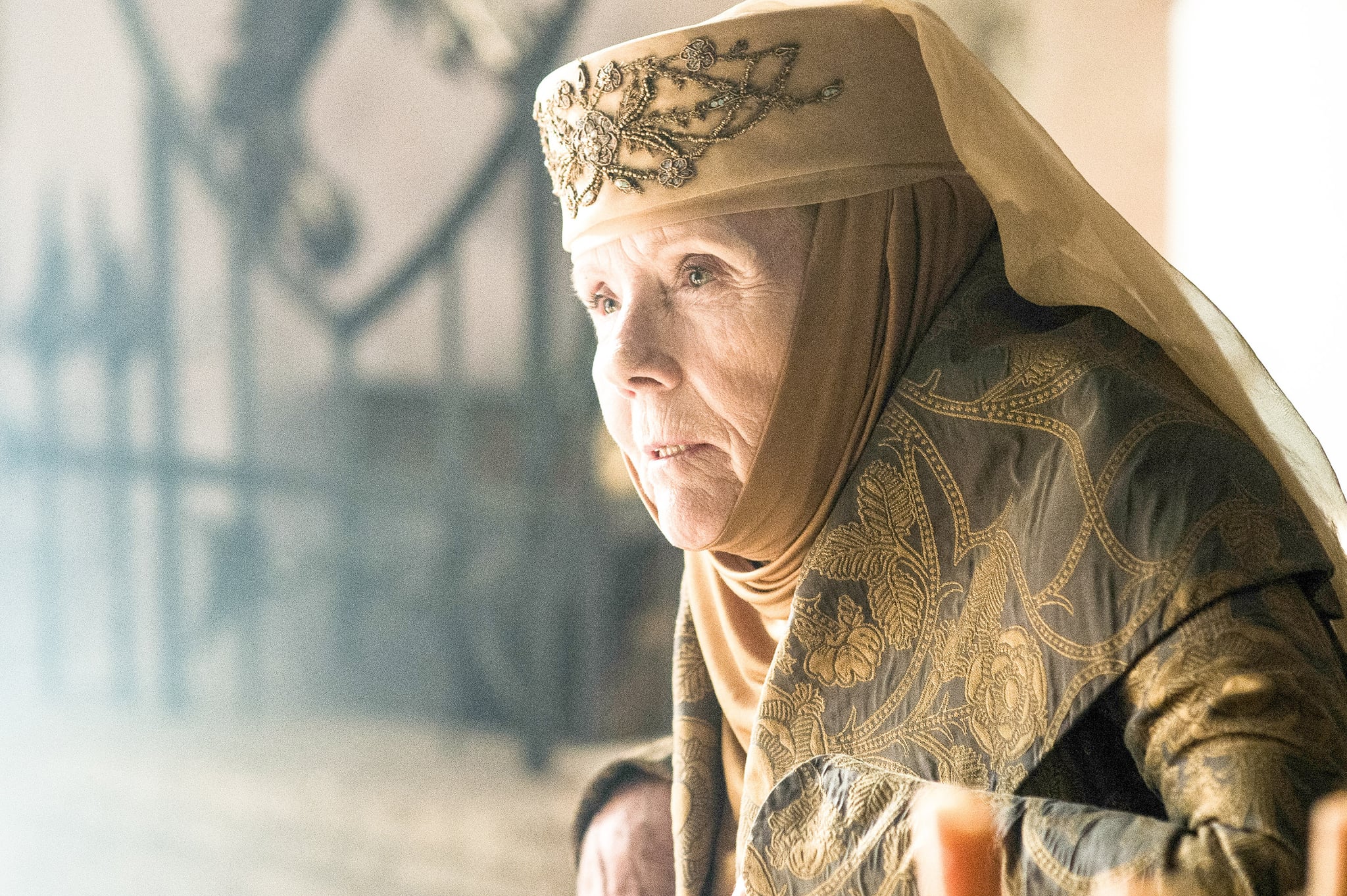 We're only two episodes into Game of Thrones season seven, but there have already been some clever callbacks to past seasons. Think: Arya's "That's not you" line and Sansa's meaningful hairstyle. Another nod to the past comes during episode two, "Stormborn," when Lady Olenna Tyrell offers Daenerys Targaryen some advice that sounds awfully familiar.

As Daenerys and Tyrion lay out their battle plans, Daenerys tells the group, "I am not here to be queen of the ashes." Lady Olenna cuts in, saying, "I can't remember a queen who was better loved than my granddaughter . . . and what is left of her now? Ashes." She adds, "Commoners, nobles, they're all just children, really. They won't obey you unless they fear you."

Where have we heard that same guidance? From Cersei, who offers a similar tip to Sansa Stark while they were hiding out during the Battle of Blackwater. In the season two episode, Cersei orders the heads of traitors to be put on spikes outside the stables as a warning to others. Wine in hand, she explains the move to Sansa: "The only way to keep the small folk loyal is to make certain they fear you more than they do the enemy. Remember that if you ever hope to become a queen."

Related:
What Euron's Bloody Defeat of Yara and Theon Means For Game of Thrones

Clearly Cersei lives by her own advice, ruling a fearful kingdom at the expense of her own humanity and the lives of her loved ones. Meanwhile, up until now, Daenerys has done the opposite: Her ruling principle is to take care of the people and do right by them. In fact, just a few scenes before Lady Olenna drops her two cents, Daenerys tells Lord Varys, "If you ever think I'm failing the people, you won't conspire behind my back. You'll look me in the eye as you have done today and you'll tell me how I'm failing them."

Daenerys's request suggests a noble way to rule, but Lady Olenna is likely worried that the Mother of Dragons will end up with the same fate as her granddaughter. After all, Lady Olenna's experience in Westeros has shown her that being loved by the people and looking out for their best interests isn't the way to survive (See: Margaery.) She wants Daenerys to win the throne, so she encourages her to live by the same principle that guides Cersei, the person she loathes most.

If Daenerys follows Lady Olenna's advice, though, does that mean she's no better than Cersei? Would she even consider taking that advice? Is the throne really worth abandoning her values?

There has to be a better way, and we're guessing Mr. Honorable aka Jon Snow will help Daenerys figure it out. If the preview for next week's episode is any indication, it looks like we'll learn their plan very soon. 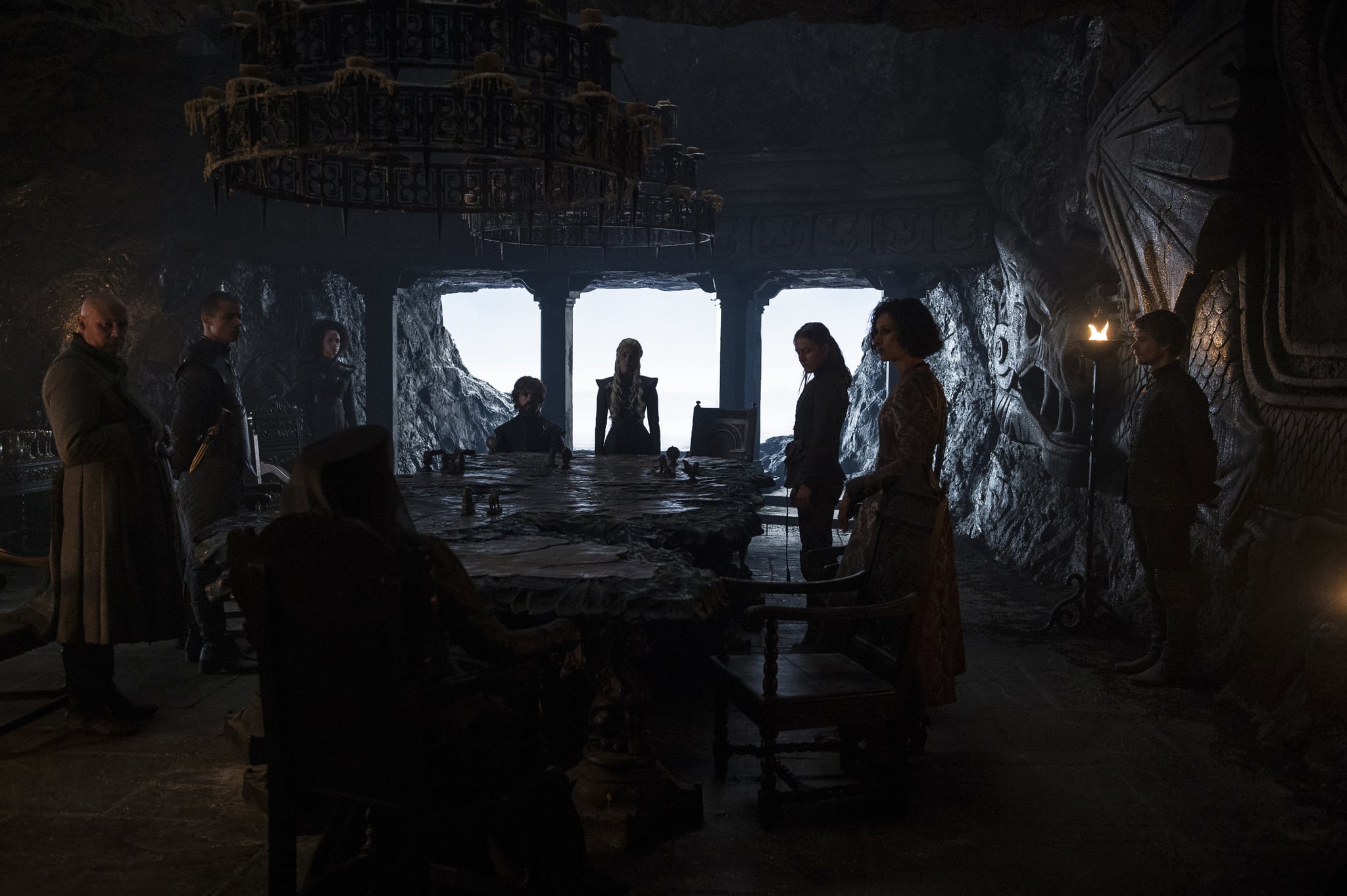 Netflix
The "Freeridge" Cast Say "On My Block" Fans Won't Be Disappointed: "It's Honestly the Same"
by Noelle Devoe 22 hours ago