Pepper isn't the only American Horror Story: Asylum character appearing on Freak Show. Lily Rabe will also return to the show as Sister Mary Eunice, the saintly nun who gets possessed by a demon. According to Entertainment Weekly, "The reason for Sister Mary's return involves Pepper (Naomi Grossman) and how she ended up going from the freak show to Asylum's titular institution, Briarcliff. Rabe's appearance will be on AHS's 10th episode, which is their big Winter cliff-hanger." This is crazy news, especially right after we found out that Neil Patrick Harris will also be on the show! Rabe has been on every season of the show, so I'm thrilled to hear she'll be returning and even more excited to see how Sister Mary Eunice will tie into Freak Show. I suppose we'll find out soon enough! 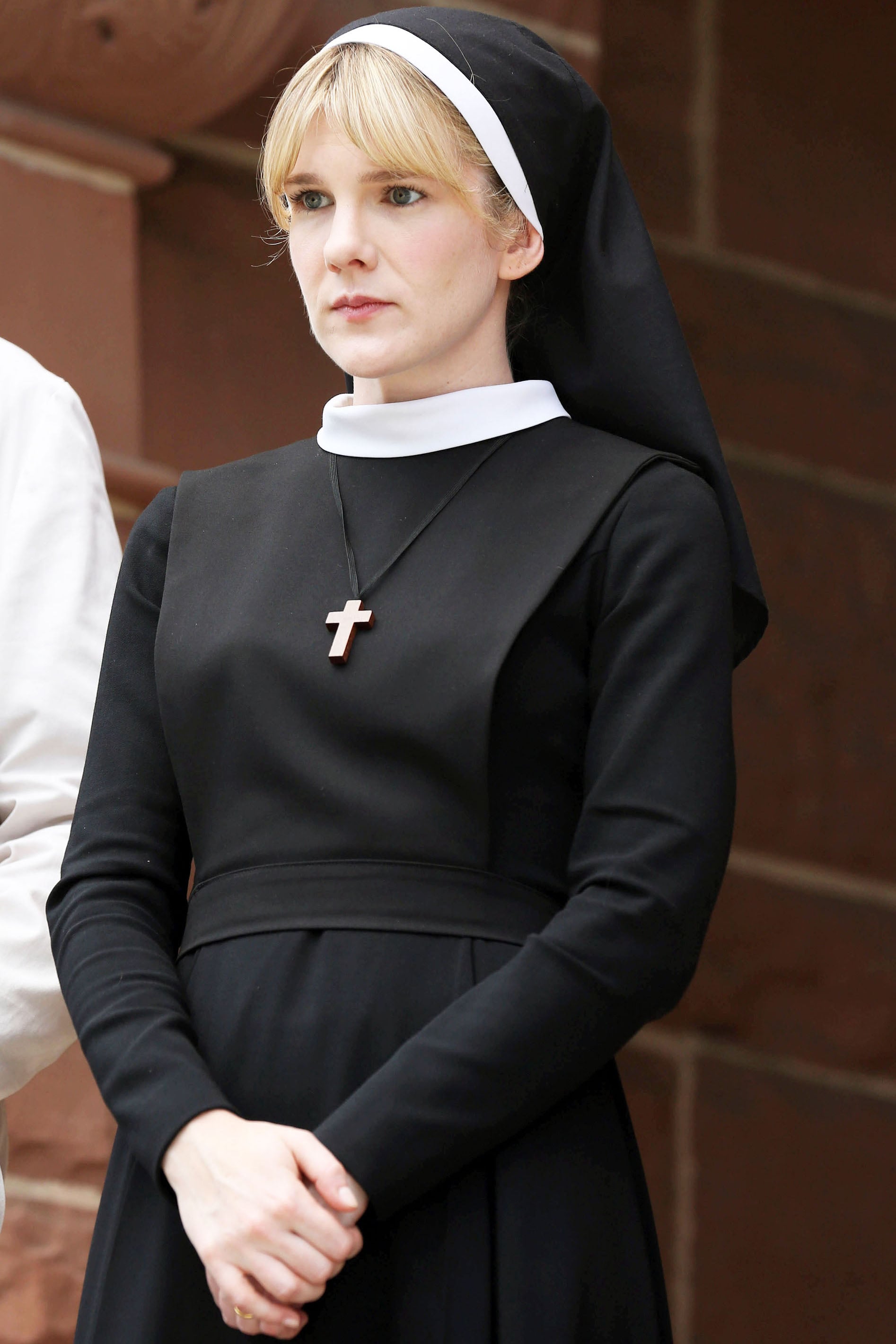