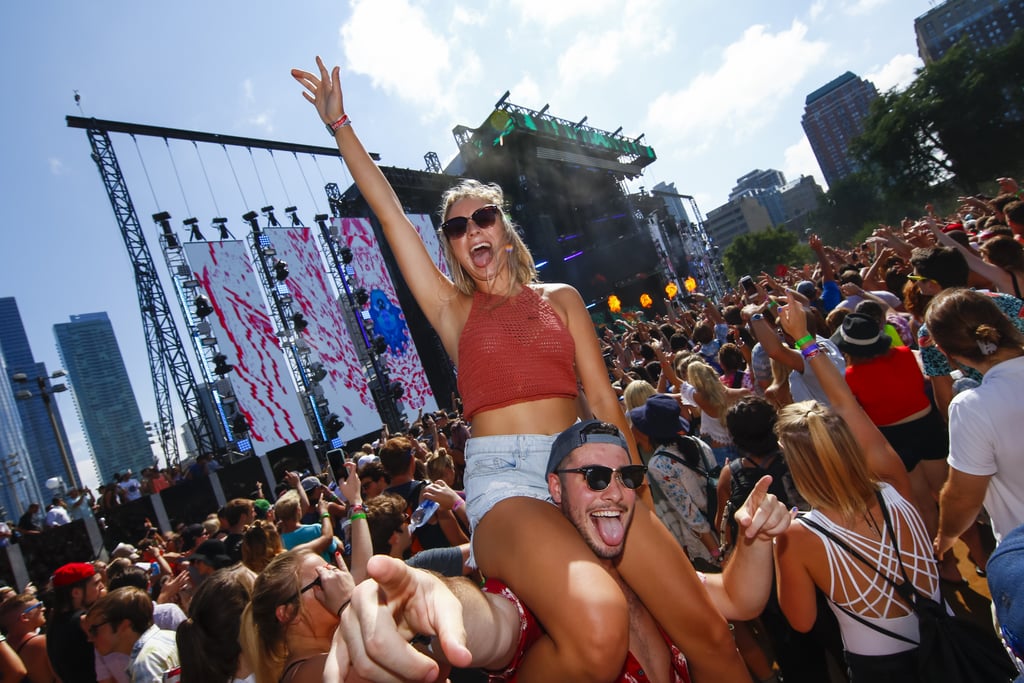 Now that Summer is in full swing, it not only means it's time for pool parties, s'mores, and bucket list-worthy vacations, but also plenty of music festivals. With Coachella and Bonnaroo now behind us, it's time to get pumped for Chicago's Lollapalooza. The music festival kicked off in the early '90s after being created by Jane's Addiction frontman Perry Farrell and toured the country each Summer until taking a break in 1997. Lollapalooza finally put down roots in Grant Park, Chicago, in 2005, where it has been held each year ever since and hosted acts like Amy Winehouse, Pearl Jam, and Kanye West.

Whether you're a Lollapalooza pro or you're still considering buying tickets for this year's festival (the lineup includes Chance the Rapper and Lorde, FYI), these photos will make you fall in love with the annual music festival in no time.