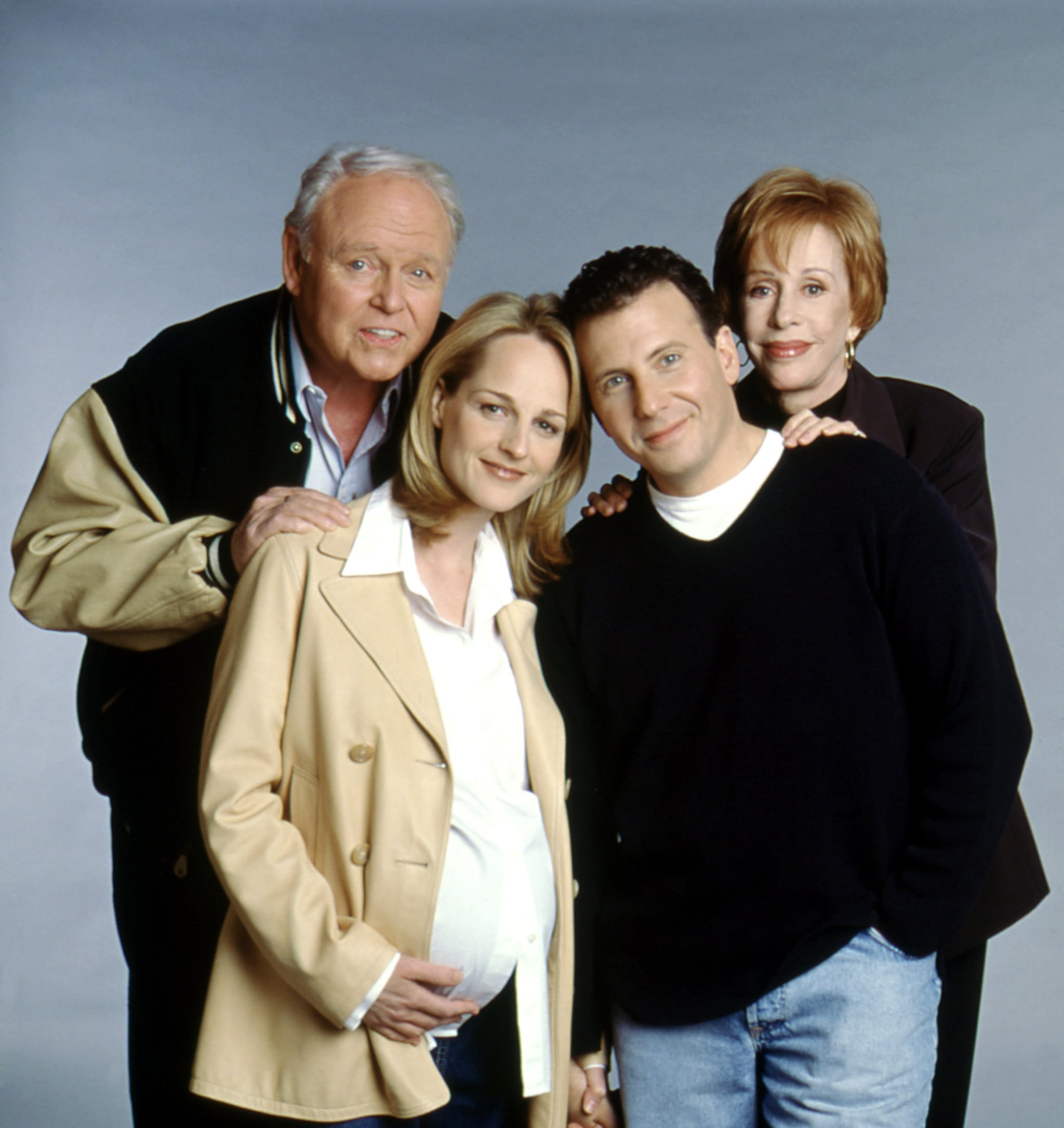 18 years after Mad About You's series finale aired on NBC, Sony is working on bringing the show back for a reboot. Thanks to the success of the recent revival of Will & Grace and Roseanne, there's even more reason to dust off another popular property from the network's "Must See TV" slate. Fortunately Paul Reiser and Helen Hunt, who played married New York couple Paul and Jamie Buchman during the comedy's original run, just closed a deal to reprise their roles, per Entertainment Weekly. Co-creator Danny Jacobson is also set to return.

Mad About You followed documentary filmmaker Paul and public relations specialist Jamie as they navigated the ups and downs of married life, and featured appearances from their adorable dog Murray and recurring characters played by Lisa Kudrow and Hank Azaria. It ran for seven seasons between 1992 to 1999 on NBC, racking up multiple Emmys and Golden Globes. It was so successful, in fact, that Sony later produced an adaptation of the show in China. Another similarity between the revivals of Mad About You and Will & Grace are the series finales — each ended with significant flash-forward sequences. Will Mad About You ignore it entirely the way Will & Grace did?

According to TV Line, the reboot — which was created by Reiser and TV producer Danny Jacobson — would re-introduce audiences to present-day Paul and Jamie, who are struggling with empty-nest syndrome now that their 17-year-old daughter, Mabel, is headed off to college. During an interview with People earlier in 2017, Reiser hinted that the story had to be good for him and Hunt to return. "If we can find the story to tell, and anybody's interested, I'd be open to it," he said. "To me, it's interesting when I see my kids are growing and leaving the house. It's like, 'Oh.' It's like that moment when you get married. It's like we're in a new world that we don't know the rules of."

Since exiting the show, Reiser has found success on shows like Married, Red Oaks, and most recently, Stranger Things. Hunt appeared in movies like Cast Away and What Women Want before taking a somewhat of a break from acting between 2007 and 2010. In 2017 she starred in the TV series Shots Fired, as well as the controversial film I Love You, Daddy from disgraced comedian Louis C.K.

A release date is still TBD.